Germany is facing a new nexus of foreign and domestic politics. Berlin will have to draw the right lessons from rapid changes in Western foreign policy. 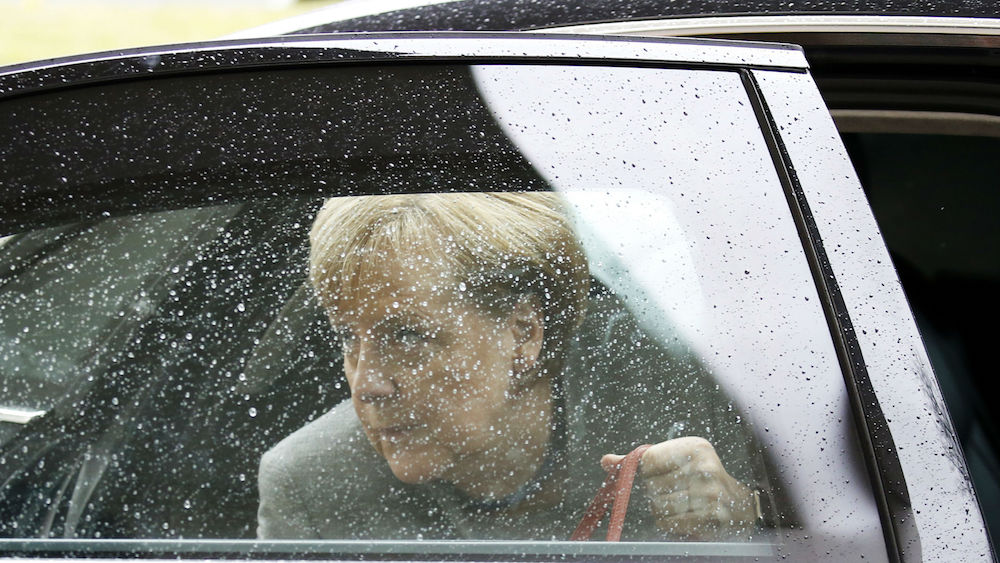 With the dramatic collapse of four weeks of negotiations over the next government coalition, Germany has been thrust into unprecedented uncertainty. The coming weeks will decide whether Berlin will have to brace for new elections; Chancellor Angela Merkel will have to cobble together a minority government; or Germany will end up right where it started, with a grand coalition between Merkel’s conservatives and the Social Democrats (SPD).

Whatever the outcome, Germany’s next government is facing a series of pressing challenges abroad. With Brexit and the election of Donald Trump, two international pillars of German foreign policy have been called into question, if not made obsolete: a European Union uniting the strategically most important countries in Germany’s proximity and a United States that serves as safeguard of European defense and global free trade.

At the same time, the domestic context in which foreign policy is conducted has changed fundamentally as well: the rise of right-wing populist parties across Europe has turned European politics and foreign policy matters into standard campaign issues. The right-wing populist Alternative für Deutschland’s (AfD) 13 percent share of the vote in the German election shows that the country’s tradition of consensus-based politics is also facing a serious threat.

Indeed, gone is the decade in which German foreign policymakers primarily had to convince national elites, be it abroad or at home. Now, volatile European electorates and the polemics of right-wing populists must be part of any equation. As seen in the ups and downs of the AfD during the Eurozone debates in 2015 and the refugee debates since, German voters are now carefully watching how German foreign policy is conducted. Once populist parties are internally consolidated, they could have the power to oust entire governments (as seen in Greece and Scandinavia) or substantially change foreign policies (Brexit being the most prominent example).

Germany is bound to lose international leverage if it does not quickly master three strategic skills to cope with these changing circumstances:

First, German politicians (especially Merkel’s conservatives) should understand that it is in their own long-term interest not to polemicize foreign policies in salient national debates. In doing so, politicians end up promising something they cannot deliver and fueling right-wing populists’ anti-establishment narrative. The AfD did not grow in popularity due to the soaring number of refugee arrivals in the winter of 2015/16; instead, the party gained traction because Angela Merkel’s Bavarian sister party, the CSU, vowed to close Germany’s borders to refugees and could not deliver on that promise. Similarly, the right-wing populist United Kingdom Independence Party (UKIP) began to rise in the polls when then-Prime Minister David Cameron could not make good on his promises to regain “a better deal” from the EU. Another danger is that established parties promise something they actually would rather not deliver (Brexit being the best example). Politicizing foreign policy matters along party lines can trigger massive collateral damage and should be avoided by all means.

In fact, a significant part of Germany’s international leverage in recent years stems from Germany’s great foreign policy consensus. The German government can play a much stronger hand in international negotiations if it presents its positions as not party-political, but national. The chances for our partners to agree to a compromise that aligns with German interests rise substantially. Take the negotiations over the eurozone crisis in spring 2015, for example. When the then-economy minister and chairperson of the junior coalition partner SPD Sigmar Gabriel backed finance minister Wolfgang Schäuble (CDU) in his stance towards Greece, it was clear that his position was firm. Within months, a German-led compromise was forged.

The same party-spanning consensus enabled the introduction of the euro in the early 1990s. The common currency sparked contentious party polemics in the Netherlands and France; not so in Germany. Despite fierce opposition from some German economic experts over the introduction of the euro, no electoral campaign was ever fought over the replacement of the Deutsche Mark. Eventually, this broad consensus across nearly all German parties enabled Berlin to exert a great deal of influence in the setup of the new common currency, as all German decision makers shared one position over decades.

German politicians should think more about how to strategically deal with polarizing foreign policy debates in other states. European parties campaign on very different foreign policy agendas – most center-left parties campaign in favor of supranational commitments, while center-right parties only for partial intergovernmental integration; the far-right rejects most forms of cooperation that do not generate immediate domestic benefits. And these different party positions are based in countries that are highly interconnected with Germany. The next government in Berlin must carefully ponder how its actions today might influence an EU member state’s party political arithmetic tomorrow, and eventually its foreign policy the day after.

For instance, the left-wing populist Syriza government in Greece has struggled hard with Germany’s firmly refusing requests to renegotiate Greek debt. Syriza is bleeding support by having to implement strict austerity politics after having campaigned against them. The revival of the centrist camp within the Greek opposition is in part a result of this German strategy. In contrast, the perseverance of the conservative government in Spain was substantially facilitated by Germany’s easing fiscal pressure on Madrid. Former German finance minister Wolfgang Schäuble used his influence to push the EU commission to ease pressure on Spain, knowing it would help Spanish conservatives secure re-election.

Often, the German ministry of finance played a central role. But the actions of nearly all of Germany’s ministries – finance, defense, interior, and foreign – have a strong impact on neighboring states’ party politics. The German interior ministry will be a major player in all matters involving European asylum and refugee matters; the ministry of defense will oversee an increase in defense spending as Germany takes on a pivotal role in the coming integration of European armed forces; the foreign ministry might develop into the strategic head of the entire German government, coordinating all these policies. Eventually, all planning staff within the German executive (especially finance, defense, interior, and foreign) should understand the implications of their actions reach well beyond Germany’s borders. Policies stemming from a key German ministry might be the fault line that triggers a party-political earthquake in a key partner state.

German politicians should better understand how to strategically communicate European and foreign policies at home. Failing to publicly address the refugee crisis in winter 2015/16 should serve as warning example. This year’s election revealed that many German voters believed the German government completely lost control of the situation. And though it has regained that control, the AfD’s popularity goes to show that the government still has not addressed voters’ concerns over the influx of more than one million asylum-seekers and refugees. The entire handling of refugee matters over the last two years serves well as a case study on how not to communicate foreign policies.

In order to implement foreign policies that lie in long-term German national interest, lawmakers need to forge a strategy on how to communicate foreign policies to their electorate. There is a need for a strategy that aims to convince alienated conservative voters who are skeptical of the German government’s measures to address the eurozone and refugee crises. Only if moderate German politicians can convince these more conservative voters can Germany can avoid polemics over foreign policy, which would lead to drastic unilateral decisions (again: Brexit). Decisions like these would damage Europe, especially Germany itself.