National leaders were unable to agree this week on who to appoint for any of the EU’s top jobs, or on what long-term climate strategy to set. An institutional showdown looms. 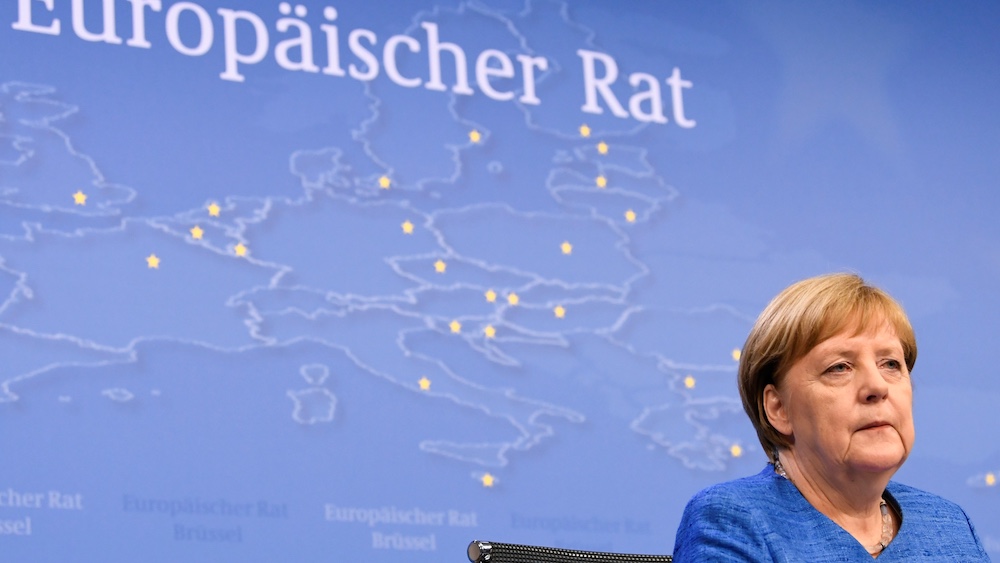 “There is no majority in the European Council for any of the Spitzenkandidaten,” declared German Chancellor Angela Merkel at the end of this week’s summit of 28 national EU leaders in Brussels. “I don’t see that I can change this assessment.”

Whether or not this was the death knell for the prospects of Manfred Weber, the nominee of Merkel’s center-right European People’s Party (EPP) to become European Commission President, depends on who you ask. Hungarian Prime Minister Viktor Orbán said that after this week’s summit it is certain that neither Weber nor his social democratic challenger Frans Timmermans, the nominee of the center-left PES group, will be Commission President.

Orbán is no fan of either men because of their criticism of his rule of law violations (from the latter much earlier than the former). But his assessment was echoed by other EU leaders including Slovakian Prime Minister Peter Pellegrini, who said, “None of them have a majority, and I don’t believe they will have a majority next week.”

The most prominent voice against the process was French President Emmanuel Macron. “It is clear there’s no majority in the Parliament to support the EPP,” he said after the summit. “Then President Tusk said there was no clear majority for any Spitzenkandidat in the Council. Accordingly, this system was not considered to be the valid one, like I’ve said constantly, to appoint the president of the European Commission.”

What Next for Top Jobs?

The Spitzenkandidaten are the candidates for Commission President put up by the European political groups ahead of the election. In addition to Weber and Timmermans, there is the EU competition commissioner Margrethe Vestager from Denmark representing the third-largest group, the Liberals (which Macron and his LREM party have recently joined).

The system was used for the first time in the last European elections in 2014, when Jean-Claude Juncker was the EPP candidate. The idea is to make the EU’s executive branch more democratic, by having voters indirectly choose the Commission President. The party that can command a majority of seats in the parliament has its candidate become Commission President. But the process has been marred by difficulty in getting the word out to citizens that it even exists. Most voters do not know the names of the three main Spitzenkandidaten.

The other problem is that the system is not laid down in any law, and technically it is still up to the Council of 28 national leaders to appoint the president. But, the parliament can block their appointment by majority vote. And MEPs have threatened to do so if the council appoints a non-Spitzen.

Macron bristled in his final press conference to accusations that he is trying to stymie EU democracy by keeping the choice over Commission president in “smoke-filled backrooms” of the European Council of 28 national leaders.

“The treaties [giving the European Council this power] were put to people and approved,” he said. “Now we hear a tune that the Council should no longer use its powers. But all the people in the Council were elected and have as much legitimacy to make these decisions.” He noted that his idea to have the president selected by transnational lists was rejected by the EPP, because they know the current system benefits them as the largest party.

All In the Mix

There are other positions to fill as well—European Council President, High Representative for Foreign Affairs, European Parliament President and European Central Bank President. All of them are in the mix in these negotiations, but the big prize is the Commission presidency. And the EPP is insisting it should be theirs. In the past, all of these “top jobs” have been chosen at once – though there is no requirement to do so.

At the end of the summit, it was clear that many leaders think it is time to broaden the search beyond the list of Spitzenkandidaten. They would prefer it to be one of their own, a current or former national leader. Angela Merkel’s name has continually come up, though she shot down the suggestion for the umpteenth time when it was put to her at her press conference. Belgium’s Prime Minister Charles Michel has been suggested for Council President.

But the most likely person to get the role continues to be Michel Barnier, the EU’s Brexit negotiator. He was not a Spitzenkandidat, but he is a member of the EPP and seemed to be running a stealth campaign ahead of the election. What remains to be seen is whether the parliament would confirm a non-Spitzenkandidat.

Council President Donald Tusk yesterday called an extraordinary summit for June 30, so all of the leaders will come back to Brussels a week from now to try again for an agreement. But it is unclear how they will be any closer to deciding by then.

Macron insisted that they must, because the issue needs to be settled before July 2, when the new European Parliament meets for the first time in Strasbourg and new presidents of the parliament and the European Central Bank must be chosen. “We’ve seen in the past that any time we lag or waste time, it only makes it more difficult to make a decision,” the French president warned.

The leaders also failed to take a decision on a plan to decarbonize the EU by 2050. This was the last chance for the EU to adopt the target ahead of a UN conference of the parties to the Paris Agreement in New York in September. The UN secretary general had written to the leaders urging them not to come to the summit empty-handed, saying the commitment for the EU to increase ambition was needed to get other countries to also strengthen their emissions reduction targets.

The target needs to be unanimously agreed by all EU countries. In recent weeks support for the target was building, with Merkel flipping on her initial hesitation and backing the target last week. But in the end, four countries still opposed the target this week. Poland was in the lead with wielding the veto, followed by Hungary, Estonia, and the Czech Republic. They objected to the commitment to decarbonization by a specific date, preferring instead a more vague time commitment.

The summit’s final conclusions say that the EU will “ensure a transition to a climate neutral EU ‘in line with the Paris Agreement’”—removing a reference in the original draft to the specific target date of 2050.

The EU could still adopt the 2050 target at its next European Council summit in October, but this would be after the September climate summit in New York and therefor unlikely to make a difference.

As the national leaders gave their final press conferences, there was a sense of frustration over the fact that so little had been accomplished. And they were certainly even more frustrated that they will have to come back to Brussels in just a week.