Home Eye on Europe The Price of Overcoming Unanimity

The EU often fails to make its mark on global affairs due to internal divisions. Scrapping the unanimity requirement for European foreign policy positions could help—but it can’t come without burden-sharing. 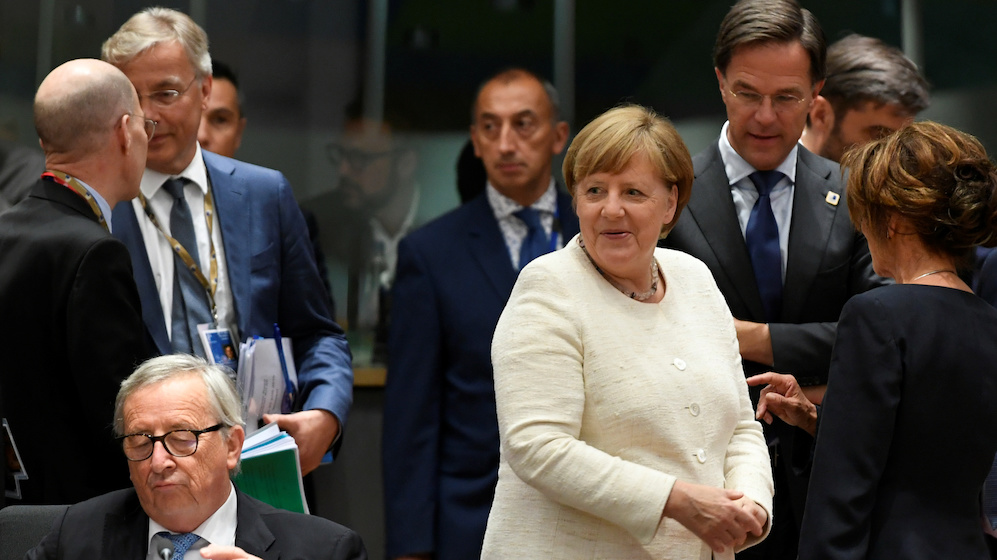 According to Jean-Claude Juncker, the European Union needs to be “Weltpolitikfähig.” In other words, if the EU wants to defend its “way of life” it must develop the capacity to play a role in shaping global affairs, the outgoing Commission President argued in his State of the Union speech last year.

Time and time again, from the Russian annexation of Crimea in 2014 to the current Venezuelan crisis, the EU has failed to influence events to its liking. Even worse, the EU struggles to uphold its ability to decide for itself in a new international environment dominated by geopolitical rivalry.

Washington wants Brussels to join its stand-off with Beijing, while squeezing the EU with secondary sanctions against Iran. China, for its part, buys into the European economy, thereby also hoping to influence policy-making on the continent. This development has prompted the European Council on Foreign Relations to put forward a series of proposals to reinforce the EU’s strategic sovereignty.

Some progress has already been made. In an attempt to limit US secondary sanctions, Germany, France and the UK have set up the special-purpose vehicle INSTEX enabling European companies to continue to trade with Iran at least in food and medical products. Brussels has also put in place a first EU-wide mechanism to screen investments from foreign countries, such as China.

These are defensive instruments. But Europeans also need to be able to react and proactively influence international events to defend their interests.

The EU cannot rely on the law of might—it lacks not only a joint military capacity, but also a common view of how to use it. Instead, the EU must use its economic weight to muscle its positions. The 28 member states that make up the EU together constitute the world’s largest single market, and the union is also one of the world’s biggest arms exporters.

As a result, when Europeans want to show their teeth, Brussels resorts to sanctions or other restrictive measures. The repertoire stretches from classic arms embargoes to sanctions targeting specific individuals. Most far-reaching are economic sanctions suspending trade in goods and financial flows.

But the biggest hurdle to their rapid and effective use is that sanctions require unanimity among the EU members. Hence, every country has a veto-power on EU foreign policy measures.

History is rife with examples of a countries using their veto to block, delay or water down resolutions and sanctions. Most recently, the populist government in Rome impeded a statement recognizing Juan Guaido as Venezuela’s interim president.

This frustration has led many to reconsider the unanimity criteria. Germany and France agreed in the June 2018 Meeseberg Declaration to explore the introduction of qualified majority voting for the EU’s foreign and security policy. The European Commission has jumped on the band-wagon and advanced its own proposal. And in her recent speech to the European Parliament, the incoming Commission President, Ursula von der Leyen, also spoke in favor EU positions on external affairs being decided by a qualified majority vote instead of unanimously.

Putting an end to unanimity in foreign policy is a sensitive subject. EU members still have differing views on many third countries, such as Russia. Foreign affairs sometimes also play an important role in the domestic political discourse. EU members are not only reluctant to give up national sovereignty for political reasons. Ultimately, they also want to be able to safeguard their economic interests.

Most of the time the negative economic consequences of EU sanctions and retaliatory measures are asymmetric, and are borne by some member states more than others. The trade sanctions on Russia, for example, hit Finland and Poland the hardest, but had a much smaller effect on the German and French economies. Any move towards overcoming unanimity must recognize this reality.

One way of dealing with this is to devise a burden-sharing mechanism. A dedicated fund could, for example, compensate individual member states or their companies for losses resulting from EU sanctions.

Many questions would need to be answered about the design of such a mechanism, most notably how to calculate compensation. But you don’t have to start from scratch. The EU already has the European Solidarity Fund (EUSF), which distributes money to member states struck by natural disasters. Aid is disbursed based on how wealthy an affected region is and how large the damage is.

Such a fund would not have unlimited resources and would certainly be an imperfect tool to even out costs. The EUSF currently has an annual allocation of €500 million. But as the EU’s new multi-annual framework 2021-2027 is being decided in the coming months, the groundwork for such a burden-sharing mechanism could be laid.

If the EU truly wants to become a powerful actor on the international stage, it must shoulder the consequence of its policies together. In the debate about the reform of the euro, Germany has argued that it can only allow for further EU integration if control and liability are aligned. The same argument is also valid when it comes to foreign policy.