No question about it: transatlantic relations are going through a rough patch. But as the German ambassador to NATO writes, the alliance is strong enough to withstand discord. 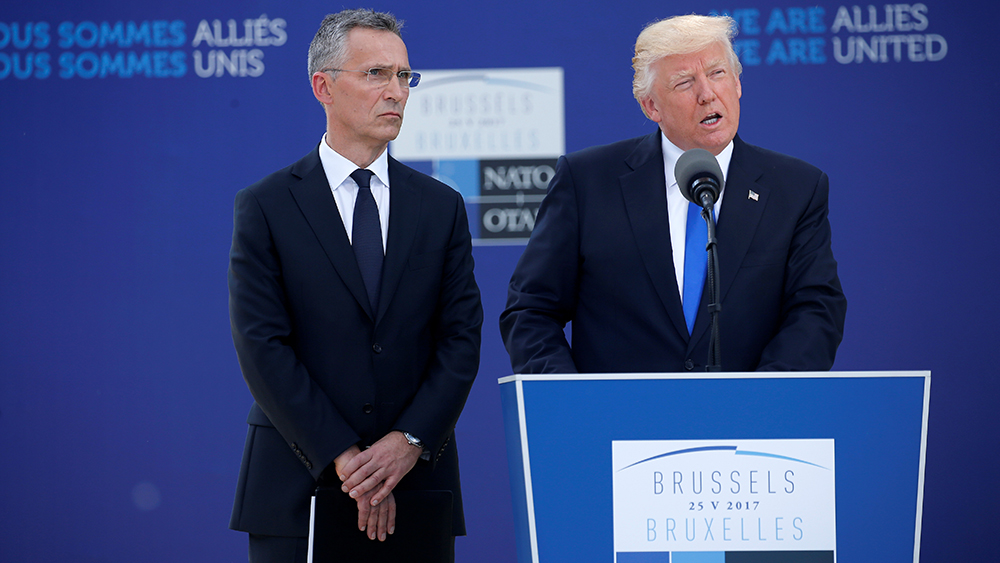 In an address given in London earlier in June, NATO Secretary General Jens Stoltenberg quoted the words of Lord Hastings Ismay, the first Secretary General of the alliance, who said “there will be persistent efforts to drive a wedge between us” and “we shall have our little quarrels” in a 1952 broadcast.

Today, we are actually talking more about serious transatlantic disagreements than about “little quarrels.” Without a doubt, these are particularly challenging circumstances for a NATO summit. The list of contentious issues between the US and its allies is long and touches on fundamental matters, from trade to the Iran deal (JCPOA), and from the Paris accords to the Middle East. Concerned voices are asking how NATO can, under these circumstances, continue to project the essential characteristics of any alliance, namely unity and resolve.

A closer look shows, however, that the alliance has so far felt hardly any tremors from the various transatlantic disagreements. The two years since the summit in Warsaw have been remarkably positive for the alliance, precisely because of its unity and resolve. NATO, far from being obsolete, has delivered on all promises given in Wales and Warsaw. The Trump administration has reconfirmed Article 5 (which stipulates that an armed attack against one or more NATO members is considered an attack against them all) and redeployed troops to Europe. The alliance has boosted its collective defense efforts. European allies have reversed the downward trend and are now increasing defense spending (more on spending targets later). NATO is willing to do more to project stability beyond the alliance’s borders and to combat international terrorism. We have systematically enhanced our cooperation with the EU. And we are adapting to new security challenges in the fields of cyberspace and hybrid threats. Comprehensive institutional adaptation processes, such as the reform of the NATO command structure, have been set in motion to deal with these new and complex challenges. Looking at the pace at which the alliance has kept on adapting to a fundamentally changed security environment since 2014, the remarkable unity and resolve of the alliance becomes obvious. Despite the aforementioned differences, the 29 members of NATO have been able to unite around the core task of standing together and protecting each other.

As we now move to the summit, we need to build on these achievements and concentrate on those areas where NATO makes the difference.

First and foremost among them is NATO’s core business, Euro-Atlantic security. Since Russia’s illegal annexation of Crimea and destabilization of eastern Ukraine, the alliance has undertaken far-reaching steps to enhance its defense and deterrence, for example by establishing an enhanced Forward Presence in Poland and the three Baltic states as well as a tailored Forward Presence in Romania and Bulgaria. But more needs to be done, while of course maintaining the defensive nature of the alliance.

We need to improve the mobility of our troops across the Atlantic and on the continent and improve their operational readiness. That is why NATO is adapting its command structure, in part by increasing the size of its staff by 1,200. NATO will also set up two new HQs—one new command post in Norfolk, Virginia, to handle the deployment of troops across the Atlantic, and then another in Ulm, Germany. This Joint Support and Enabling Command (JSEC) will be in charge of coordinating deployments, transport, and supplies around the continent. This underlines how seriously Germany takes its responsibility when it comes to making the alliance stronger and more effective.

In addition, we also need to improve our armed forces’ readiness. That is the goal of the NATO Readiness Initiative, which aims at allies having 30 land battalions, 30 air squadrons, and 30 combat vessels ready to use within 30 days. This important and challenging initiative is to be formalized at the summit.

These and other measures to strengthen NATO’s deterrence and defense have essentially been caused by Russia’s actions since 2014. Nevertheless, we agreed at the Warsaw summit that the offer of dialogue would remain open to Russia. The Brussels summit should reaffirm that dual-track policy. True, we won’t get back to business as usual until Russia changes its behavior, in particular contributing more constructively to the implementation of the Minsk agreements in Ukraine. However, there are subjects on which we need to maintain dialogue with Russia in order to reduce risks and prevent misunderstandings and unintended escalation. The NATO-Russia Council remains the key forum for such dialogue.

At the Brussels summit, leaders will need to look at what NATO can do to project stability into the troubled regions to the South and to combat terrorism. Together with Afghan leaders and partners, they will discuss the way ahead in Afghanistan. The Resolute Support Mission in Afghanistan, which provides training and advice for the Afghan security forces, will have to be continued as the most visible element of NATO’s engagement in the southern arc of crisis in the fight against terrorism. That is why NATO recently raised the troop numbers again, from 13,000 to 16,000, with Germany bringing up its troop ceiling from 980 to 1,300, making it the second-most important troop provider.

But the alliance’s role in the south is not limited to Afghanistan. NATO is not the main player in this region, but with its unique expertise in defense capacity building, it can help its partners improve their resilience and put them in a position to more effectively defend themselves against terrorist threats. In this vein, NATO will enhance its defense capacity building activities in Jordan, Tunisia, and – by establishing a non-combat train and advise mission – in Iraq.

As the situation in the south makes clear, NATO cannot deal with the manifold security challenges alone. It depends on cooperation, with the EU primarily – and vice versa. For all their dissimilarities, the two organisations do share values, interests, and security challenges. They are natural partners in a truly strategic collaboration. The joint declaration on reinforcing NATO-EU cooperation issued by Secretary General Stoltenberg and Presidents Donald Tusk and Jean-Claude Juncker at the Warsaw summit was a milestone. Since then, we have opened up a new chapter in NATO-EU cooperation, working on implementing an action plan with 74 measures. In recognising the need to strengthen military mobility on our continent, NATO and EU have now identified a new, ambitious flagship project for their cooperation. The Brussels summit will be an excellent opportunity to give guidance for further developing NATO-EU cooperation, based on a common understanding that NATO will remain indispensable for our collective defense. At the same time, developing stronger European capabilities will also contribute to better transatlantic burden-sharing.

Among the many issues to be discussed at the Brussels summit, burden-sharing will be the trickiest. Clearly, the European allies need to do more for transatlantic security: after all, the United States and Europe have roughly the same economic clout, but Europe spends a lot less on defense than the US does. We take the implications of this imbalance very seriously, and a Europe capable of effective security policy needs considerable European investment, not least in military capabilities. For both those reasons, it is worth taking the commitments agreed at the Wales summit seriously.

There are three aspects to the pledge. First, the allies made a commitment to reverse the downward trend in defense spending. Second, they pledged to aim to move within a decade towards spending 2 percent of GDP on defense, with 20 percent of that going into investment and procurement in order to fill shortfalls in strategically defined alliance capabilities. This is not about simply pouring more money into defense; it is about channelling investment specifically into the capabilities that the alliance as a whole needs for the tasks it faces. And third, the allies pledged to increase their contributions to, for example, alliance missions and operations.

And there has been progress in these areas. We have reversed the trend in defense spending. In 2016, expenditure by the European allies and Canada rose by 3.8 percent; an increase of 4.3 percent is expected for 2017. Since 2014, the European allies and Canada have spent some additional $87 billion dollars. Germany has increased its defense spending by around 20 percent since 2014 and has now announced that it intends to be spending 1.5 percent of its GDP on defense by 2024. That’s an 80 percent rise in spending compared to 2015.

Germany has furthermore acknowledged all the targets in the current NATO Defense Planning Process and has built its national plans around meeting those targets. And finally, Germany is NATO’s second-largest troop contributor, thus providing substantial support to missions and operations. All that being said, no one will deny that we are not yet where we should be on capabilities.

Looking at the whole range of topics on NATO’s agenda, the ingredients for a successful summit are there. NATO delivers, and it is adapting to the changing security environment. And we largely agree on what to do next. After the agreement between Athens and Skopje on the name dispute, NATO is even looking at the prospect of accession talks with a possible 30th member. With regard to the difficult topic of burden-sharing, we are at least moving in the right direction. For all our shortcomings, we are on the right path.

However, it is key that allied leaders actually broadcast that overall positive message come July. After all, unlike the G7, NATO is about the security of hundreds of millions of people. It is a cornerstone of the rules-based order and the very core of the transatlantic bond, which we need to maintain particularly in these difficult times. That is why it is so important that the Brussels summit send out a strong message of allied unity and resolve. Only if allies maintain their unity as their center of gravity will the alliance be able to protect its nations on both sides of the Atlantic into the future.

N.B. The views expressed in this article are the author’s own.