The Kremlin will continue to try and exploit political chaos and uncertainty arising from the Trump presidency. Europe needs to focus on strengthening NATO while working to prevent an arms race. 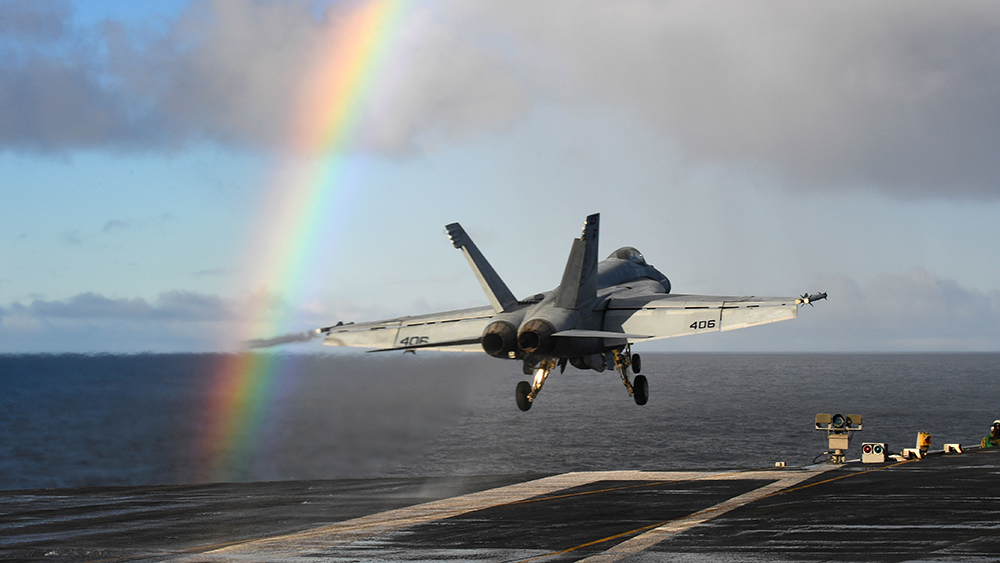 It was a long and winding road to get there, but in late October 2018, Europe and its allies sent one of the strongest signals yet to the Kremlin since its 2014 annexation of Crimea. More than 50,000 troops, hundreds of aircraft, and dozens of warships converged in Norway for NATO’s Trident Juncture exercise, a clear display of military might and political unity. It was the alliance’s largest live exercise since the end of the Cold War and, alongside the mobilization of 29 NATO countries, the participation of non-members Finland and Sweden highlighted how Moscow’s threatening behavior has driven its non-aligned neighbors closer to the alliance.

But while Trident Juncture was a much-needed showcase by NATO that the alliance is resilient amid the disruptions—both internal and external—of recent years, the aftermath of the exercise, in particular the Kerch Strait incident, points to a troubling new normal in the West’s relationship with Russia: while its actions since 2014 have largely eroded any soft power or goodwill that Moscow had in the West, the Kremlin is willing to pay the price for its bad behavior. That is the heart of the current standoff.

Moscow is aware of the fact that it is militarily, technologically, and economically inferior, but it still manages to largely hold its own. This is because the Kremlin has made opportunism a cornerstone of its behavior and compensated for its relative weakness by relying on disinformation, political meddling, and subterfuge. This strategy is based on taking calculated risks on incidents that come with a low cost, but still have the desired impact of signaling Moscow’s displeasure. For instance, Russia conducted missile tests near the Norwegian coast in the middle of Trident Juncture, and both Finland and Norway said Moscow jammed GPS signals on their territory during the exercise. And in bringing about the Kerch Strait incident in late November, where Russia seized three Ukrainian vessels and captured their crews, Moscow was operating on a similar expectation of a passive and muddled response from the West that would give it room to push its goals.

This is troubling for two reasons: it’s a dangerous recipe for miscalculation and misinterpretation that could see a small incident escalate into something bigger, and it’s a new normal for Europe. Russian President Vladimir Putin will continue to go after low-hanging fruit and aggressively use new tools to do so. In order to manage this unpredictable situation, the collective West needs to come up with a better strategy. Now that Europe has mostly woken up to Putin’s tactics and NATO has flexed its muscles through Trident Juncture, the West needs to figure out how to make the the new standoff with Russia more manageable.

Not Quite a New Cold War

At the heart of today’s confrontation is Russia’s quest to return to the stature and respect that it lost following the collapse of the Soviet Union. Under Putin, Moscow has been projecting power around the world, deploying troops to Syria and Ukraine, using its formidable cyber capabilities to target adversaries, and searching for new allies in the process. While Moscow’s efforts have not always been successful—and sometimes even backfired—this approach forms the backbone of a strategy designed to reshape the international order around Russia’s own interests.

Russia is not the Soviet Union, but it is still a major power on the global stage and cannot simply be defeated or contained. Moscow still has sufficient power to define the security environment in Europe and has already done so. Moreover, it’s important to note that the Russian elites—not simply Putin—want the country to pursue this ambitious global strategy and have supported their president’s foreign policy adventures despite the economic sting brought by sanctions. In the end, those at the top share the geopolitical vision that is fueling Moscow’s maneuvers.

Russia’s actions in recent years have motivated and mobilized NATO in ways not seen since the Cold War. Defense spending is rising, the alliance is exercising on a larger scale, and NATO has bolstered its eastern border amid growing tensions with Moscow. But underneath these successes lies a more concerning reality. Policy disagreements between the United States and Europe, in fields from arms control and the Paris Climate Accords to the Iranian nuclear deal, are mounting, and the rift in the transatlantic alliance is growing. This is made worse by US President Donald Trump’s own troubling behavior: insulting allied leaders, imposing tariffs, and even labelling the European Union a foe.

However, amid these strains, transatlantic ties have proved quite durable. Despite the foreign policy chaos created by Trump, the US still has plenty of allies to call on for support. In contrast, Russia has no such allies to rely on. Beijing and Moscow have moved closer together since the fallout of the Ukraine crisis, but the Sino-Russian relationship is still defined by behind-the-scenes competition and riddled with mistrust. Similarly, while Belarus and Kazakhstan are Moscow’s closest partners, they are deeply suspicious of Russia’s intentions and seek to balance their relationship with ties to the West and China.

Still, the growing tensions within the EU and the US should not be minimized. They highlight that the greatest threats are largely from within. This is concerning for the wider security picture, not only because it provides deeper divisions for Moscow to meddle in and exploit for the information war that it is waging against the West, but because it is blood in the water for the Kremlin. The world order was already in the midst of a shift, but from Moscow’s perspective, Trump has put this process into overdrive. Russia is no doubt expecting this to continue and therefore has little appetite to end the confrontation while it thinks its hand will strengthen over time.

In this atmosphere of a near-total lack of trust, the risks of miscalculation and escalation are very real. Cyberattacks are difficult to attribute and have the potential of taking out infrastructure in major cities or even across entire countries. Meanwhile, much of the architecture used during the Cold War to manage the confrontation between Moscow and the West is set to expire or already gone. The US withdrew from the Anti-Ballistic Missile Treaty in 2002, Trump has threatened to scrap the Intermediate-Range Nuclear Forces (INF) Treaty, and New START will expire in 2021, unless it is extended for another five years. A new arms race in Europe is not out of the question.

Against this backdrop, the West needs to shore up its lines and devise a more consistent approach to Russia. A key part of this is finding ways to pressure Russia to comply with the INF and prevent the US from leaving the arms control agreement. Sanctions, which have become the go-to policy response since the current standoff began, also need to be applied more holistically by European members. But most importantly, Western allies need to keep investing in defense and maintaining the integrity of NATO as the guarantor of European security. Trump’s criticisms of the unequal balance within the alliance have been condescending and needlessly combative, but he is not necessarily wrong in calling for stronger defense commitments from many European members.

In addition to strengthening NATO’s position and working to prevent an arms race, Western nations need to agree on a shared approach to engage in various trust-building measures and conflict-prevention mechanisms. Opening military-to-military hotlines could reduce the chances of miscalculation, and putting new energy into the hobbled NATO-Russia Council could also reduce some tensions. Dialogue at the highest levels will also be required. Meetings such as Trump and Putin’s summit in Helsinki or bilateral talks on the sidelines of other international gatherings are unlikely to lead to any kind of formal agreements or major breakthroughs, but can still help lower the possibility for misunderstanding and escalation by clarifying each other’s intentions.

America First, Then What?

The greatest difficulties toward actually being able to limit the potential for escalation will be domestic forces. German Chancellor Angela Merkel, a stable hand in international affairs, has entered her twilight years in power, probably stepping down in 2020. French President Emmanuel Macron’s popularity has dropped, and the United Kingdom is distracted by the Brexit turmoil. In the US, Trump is consumed by Robert Mueller’s investigation, which overshadows and impedes any kind of diplomatic talks with Russia. On top of that, the disruption brought by two years of Trump’s America First foreign policy has already given the impression to European allies that they are witnessing Washington put an end to the American-led world order. A second term for Trump cannot be ruled out, and there’s also no guarantee that any new administration coming into office in 2024 will be able to significantly rebuild the international destruction they would inherit.

This has major implications for the security of Europe. The Kremlin will continue to exploit any opportunities that this chaos will produce, but the Kremlin has low expectations for Trump and is aware that US domestic politics will prevent any kind of serious conversation or policy breakthrough. This in turn fuels Russia’s own domestic forces that drive its behavior abroad. Russian policy-makers have done a good job of navigating a tough economic situation, but the barricades built to limit the fallout from sanctions have slowed economic growth.

Putin is resilient at home but not immune to a serious drop in popularity—something that is already underway. In the past, Putin has boosted falling ratings by provoking an incident abroad. Combined with Moscow’s geopolitical ambitions, this points to a deepening standoff that won’t be going away and will define the security situation in Europe for years to come. The best plan for now is to focus on better managing the current confrontation with Russia, and avoid backing into something even more dangerous.