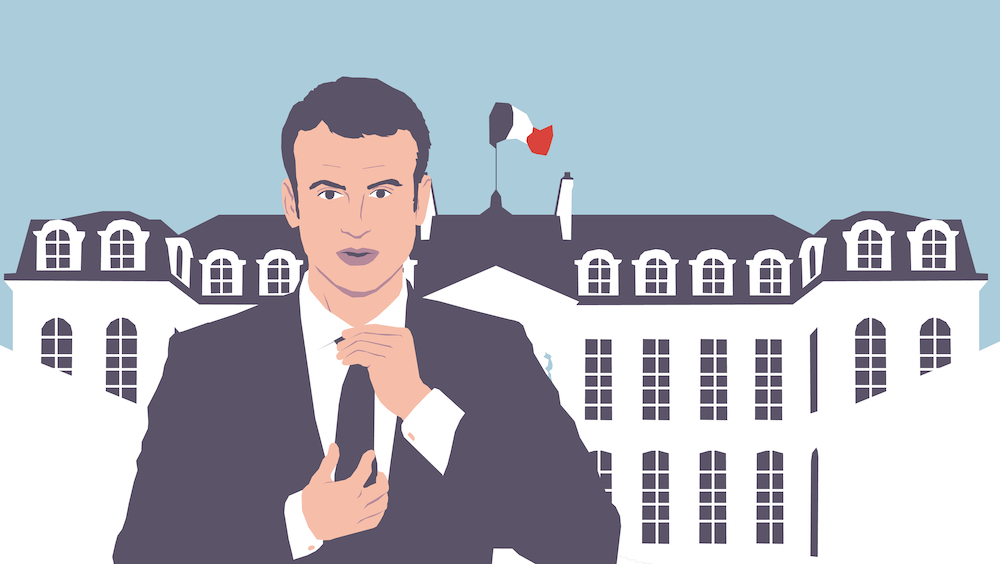 The process of European integration has reached a critical point.” 25 years ago, this sentence set the stage for the famous Schäuble-Lamers memorandum and its bold vision for Europe.

The always humble foreign affairs expert Karl Lamers and the notorious Wolfgang Schäuble, both members of Germany’s Christian Democrats (CDU), warned that a “regressive nationalism” was taking hold in Europe, feeding fears of unemployment, migration, and societal change. Single countries could not tackle these problems—national sovereignty had become “an empty shell.” Indeed, only through the European Union could the continent’s nation-states be sovereign at all.

At the same time, enlargement would make the union more diverse and lead to a “significant power gain” for Germany. It would also overstretch the EU’s institutions and render it less effective. The EU was thus at risk of degenerating “into a loose formation essentially focused on economic aspects.”

But “such an ‘enhanced’ free trade area could not cope with the existential problems of European societies and their external challenges,” the two men from Baden-Württemberg argued. To secure France’s backing for enlargement and get the EU institutions ready, Bonn should propose new measures for “a strong, capable and integrated Europe.”

Their idea: the EU’s founding members (except Italy!) should pursue political union on their own and form a “core Europe” with a common migration and social policy, coordinated budget policies, and strong defense and foreign policy capacities. Building this core Europe should “reconcile two a priori contradictory goals—deepening and enlargement,” Schäuble and Lamers wrote.

The proposition got almost no traction in France. As Berlin is today, Paris in 1994 was in a state of paralysis. François Mitterrand’s presidency had entered its last year, and the socialist in the Élysée had to share power with a center-right government. And while EU flags then as now fly next to the Tricolore above every school entrance in France, Paris is, when push comes to shove, often more than hesitant to give up sovereignty for Europe’s sake. France is after all the literal État-nation, where the state created the nation and still embodies it.

The clear-sighted Schäuble and Lamers anticipated this, writing in the 1994 paper that “when German propositions are unequivocally presented, then France must also decide clearly. It has to rebut the impression that although it does not allow others to doubt its fundamental will to Europe’s unification, it time and again hesitates on concrete integration steps.”

At the turn of millennium, Foreign Minister Joschka Fischer revived Schäuble’s “core Europe” idea. In a speech at the Humboldt University, Fischer argued a group of EU countries should form “the avant-garde, the driving force for the completion of political integration.”

This time, Paris at least replied. Addressing the Bundestag, President Jacques Chirac called for a “group of pioneers” to cooperate more closely on economic and defense policy. But for the Gaullist, “pioneers” was code for a more inter-governmental mode of cooperation that would boost France’s leverage. A “European super-state” was not the goal, Chirac said. Paris was beaming with self-confidence at the time, as France experienced a brief economic boom.

Fischer did not get far with his proposal. At the 2000 Nice summit, Berlin and Paris preferred to fight over their respective voting rights within EU bodies. The French “No” to the EU constitution in 2005 did not help either. And once Eastern enlargement was a reality, Angela Merkel ditched the “core Europe” idea for good, arguing the new EU members shouldn’t be pushed to the periphery again.

Not Just a Market

This is all history of course. But there is one person who has studied it well: Emmanuel Macron. Before entering the Élysée, he had his shot at a Humboldt speech in January 2017, outlining his vision for Europe. Citing the Schäuble-Lamers memorandum and Fischer, he apologized that France had not taken up their initiatives and promised to continue their fight.

Macron has certainly kept his word and the overlap between his ideas and those of Schäuble and Lamers is indeed astonishing. Europe’s biggest mistake in the last decade “was to abandon this word: sovereignty,” Macron says. He doesn’t stop exclaiming “Europe is not a big loose market!,” but a political union giving citizens a sense of control in a globalized world.

And as Schäuble did in 1994, Macron believes creating this “sovereign” EU necessitates, first, that enlargement be linked to institutional reform. “Let’s be honest … the system of consensus at 27 doesn’t work. … The ones who want enlargement must also accept more qualified majority voting,” Macron told the press at the London NATO summit in December 2019. And, second, that the EU’s willing members need to move forward on their own, regardless of the others.

That Wolfgang Schäuble, now the president of the German Bundestag, endorsed Macron’s European initiative on December 5 in a speech at … yes, the Humboldt University, is thus nothing but consequential.

Schäuble said Macron’s “Europe that protects” slogan is the right formula. The EU needs to reimpose the primacy of politics in a globalized world. And in a sideswipe against Merkel, he added, “The French president is impatient—who could not forgive him? It is the result of too much waiting—for our answer, German ideas, and common leadership.”

Schäuble citing Macron who cites Schäuble relaunched his “core Europe” idea, arguing that “we cannot afford that the most hesitant, the slowest EU member determines the tempo.” Schäuble called for a “Google tax,” the protection of Europe’s data from the United States and China, the investment of Germany’s trade surplus in climate change measures abroad, more qualified majority voting in European foreign policy, and—chiefly—for Berlin to get serious about EU defense.

The security focus is not only a reaction to NATO’s “problems,” as Schäuble, a committed transatlanticist, put it in his speech. Instead, he sees security as “the inner core of sovereignty,” adding that “knowing about one’s own sovereignty is key to defining a people’s relationship to itself and each other.” Therefore, Schäuble argues that developing Europe’s “capacity to defend itself is an essential factor for the stabilization of an EU identity.”

In Schäuble’s thinking, the project of an EU army could bring Europe’s east and west together. And like Macron, Schäuble pleaded for reconsidering the EU’s relationship with Russia, while acknowledging that Germany’s commitment to Nord Stream 2 puts it in a bad position to reassure eastern Europeans.

All of this is strong stuff in Germany, and not yet wildly discussed. But as the Bundestag president says, the country needs this “unpopular debate.” Schäuble can certainly count on Paris not to let go.