Today’s European Union is profoundly dysfunctional. Power is neither located in Brussels nor the capitals. Let’s look to US history for the way forward. 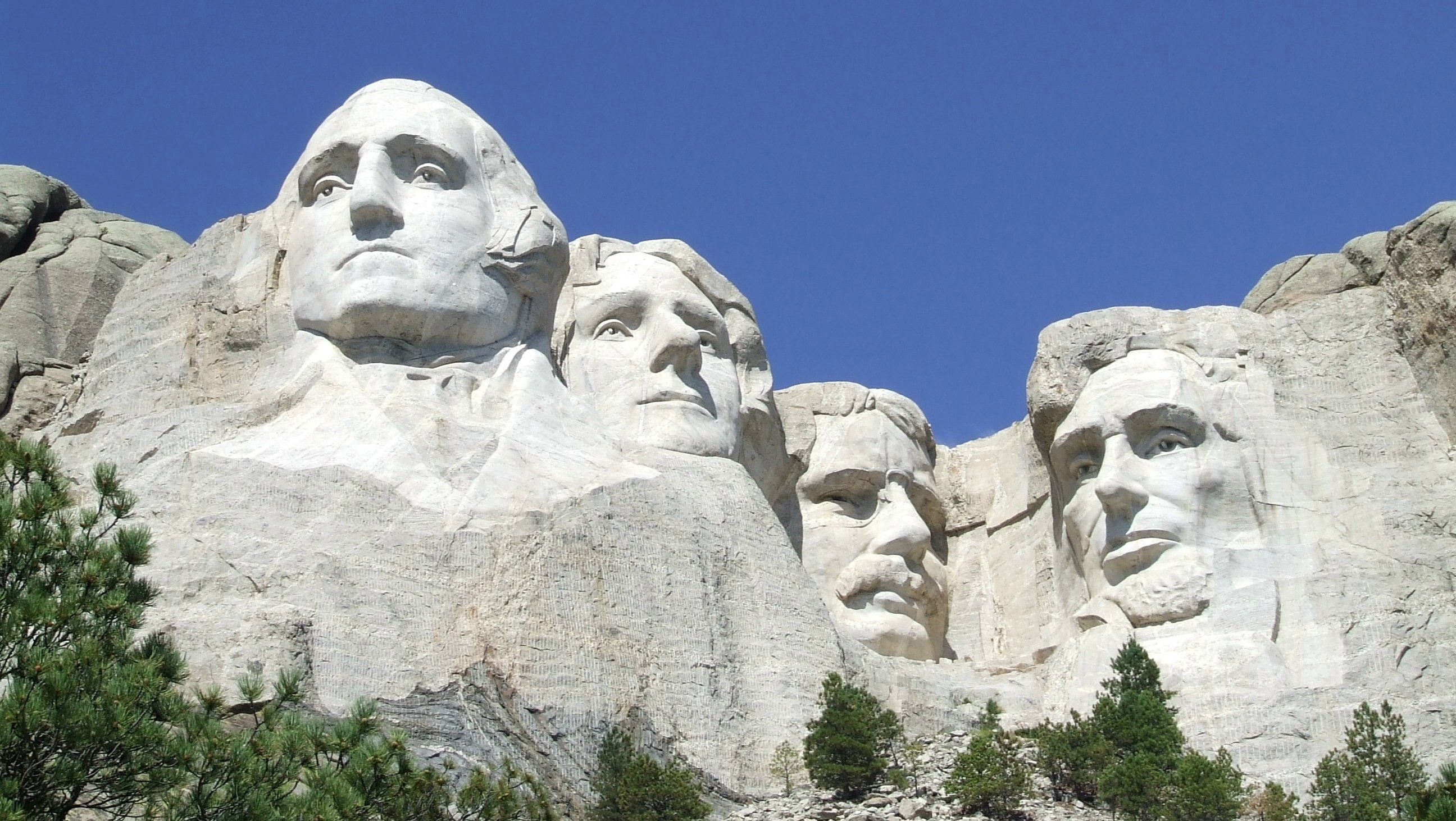 © US National Park Service/Handout via REUTERS

There really aren’t two ways about it: the outlook for Europe is bleak. The historic opportunity to unite the continent politically that presented itself in the wake of the 2007 financial and sovereign debt crisis has been frivolously squandered. The transatlantic order, guarantor of prosperity and security since the end of World War II, is showing signs of disintegration. Once at the forefront of innovation, Europeans are now seriously debating whether critical technological infrastructure should be imported exclusively from the United States or perhaps also from China.

In addition, there is Brexit; a still fragile currency union whose stability will be put to a severe test in the next recession; the political mess with regard to a common policy on defense procurement; the deep moral failure in the Mediterranean; and an increasingly confused political culture, with European societies on the verge of losing their ability to engage in rational discourse.

In short, we are facing a situation that just a few years ago would have been relegated to the realm of fantasy, regarded as unthinkable, intolerable even. Today it is being recognized with alarming nonchalance as the new normal.

Berlin and Brussels have come to terms with all this. In a world where compromise is the highest form of political craftsmanship, losing the ability to act does not appear to be as a bad trade. The painstakingly negotiated deal, the path of least resistance, the option with the fewest opponents, has replaced openly struggling to address conflicting positions and forge majorities. This leads to endless procrastination: better to stand still than to risk taking a few steps in the wrong direction. We don’t have a word for it when political entities so aimlessly revolve around themselves. If we saw the same symptoms in a human being, we would probably speak of depression.

Given this lethargy, the upcoming European elections could well end in catastrophe. It is questionable whether another low turnout and the expected gains of right-wing populist parties will lead to a rethink. More likely, Brussels will retreat back to the view that the advantages of the EU have simply not been sufficiently communicated—the people still don’t really understand what they have in Europe. If anything, external factors are to blame for the dissatisfaction: global trends that make European jobs uncertain and promote inequality. All these things are outside the control of politician, the argument goes. The fact that Europe has a serious problem with democracy and effective governance is very rarely acknowledged, and if so, only behind closed doors.

How then can Europeans regain their sovereignty, as France’s President Emmanuel Macron so eloquently demands? The answer is as simple as it is difficult for many to imagine: sovereignty or power is like money. Where there is none, none can be distributed. That’s why Europe itself must “become a power,” as former German Foreign Minister Joschka Fischer aptly put it at a recent conference.

It is much harder to see how this path can be taken. For the longest time, the hopes of many rested on the notion that a continuously deepening confederation would eventually become so intertwined that, one day, almost without us noticing, it would have evolved into a complete political union. But this idea had to clash, sooner or later, with the narrowly defined interests of the European nation states.

The result of this conflict between the idea of Community and the meager remnants of the nation state did not lead to shared sovereignty, the claims of EU optimists to the contrary notwithstanding. Nor is sovereignty really ceded to Brussels, as anti-EU populist like to lament. Rather, political power is simply leaking out of the system like gas from a faulty valve, evaporating somewhere between Brussels and the national capitals. As a result, none of the actors involved—nations, parliaments, governments—are really capable of action. Rarely in history has there been a comparable failure to translate economic potential and sheer demographic size into political power and ability to assert oneself.

This is particularly evident in fiscal policy. Although national solutions don’t work anymore in this political field, the EU member states are unable to escape their respective national political contexts. While large parts of Europe are currently failing to make urgently needed investments in infrastructure and education, the size of the German budget surplus (€60 billion) is steadily catching up to the Greek total budget, roughly €90 billion.

Without automatic transfers, no monetary union is able to function for sustained periods of time. This applies to the euro as it does to other currencies. Take the dollar. The United States taxes citizens of New York $100 billion more per year than it spends on the state. The surplus is redistributed through federal programs such as Medicare, Medicaid, Social Security, as well as infrastructure and the military. Florida, Michigan, and Kentucky, on the other hand, each year spend billions of dollars in federal funds that citizens from other states have to pay for. Taxpayers do so without much complaint. After all, a union holds more than just economic benefits. In Europe, we are effectively trying to reap these rewards as well but remain unwilling to respect the fundamental laws of gravity that govern any such arrangement.

If such issues were subject to all-deciding parliamentary debates, they could be negotiated and fed into a democratic decision-making process. The EU, however, although it calls itself a union, is a de facto confederation and does not allow for this type of resolution to take place. One of the greatest features of democracy, namely that it enables the resolution of irreconcilable differences through majority decisions, is absent from European decision-making.

For convinced Europeans, the challenge is not to explain to the populace why Europe is good for them. It is more about making clear why it cannot do anything for them in its current configuration, why it no longer works—and what we can do about that.

All of this does not mean that we have to reinvent the wheel. There is one example in history that has a great many parallels with today’s Europe: the founding of the United States of America. The 13 former colonies had emerged from the War of Independence against the United Kingdom with enormous debts. At the same time, the young Union was threatened by Spanish Florida to the south and by the British to the north, who had retained their presence in Canada. The loose set of rules that the former colonies had adopted were totally unsuited to meeting the financial and foreign policy challenges. There was no real executive, and Congress did not have the right to levy taxes to fund national projects. All international treaties had to be ratified individually by each Member State for them to enter into force. Young America, therefore, found itself in a similarly untenable situation as the Europe of today. In many ways it were concerns all too familiar to us today, that informed the constitution, that was drawn up in Philadelphia in 1787. The rest is history. The US became the most powerful political union in the world.

Learning from America does not mean repeating all the mistakes made in Washington since then. Rather, it is a matter of recognizing the three central achievements of the United States of America: the empowerment of the union parliament, the transfer of the supreme command of the army to the government in Washington, and the consolidation of the debts of member states into a common national debt, secured by the “full faith and credit” of the US government.

History shows that successful unions do not emerge from gradual processes in times of peace and tranquility, but rather as a consequence of sharp disruptions during periods marked by extreme crises. Successful unions happen as a result of events, of collective efforts by its citizens. Europe now needs such an event: a full debt and defense union underpinned by parliament is the only way to resolve Europe’s crisis and sustainably mitigate external threats. Only then can Europe finally become the positive force on the world stage that it should be.

To accomplish this, we first must overcome the myth of the “Monnet method”. We are faced with what is essentially a binary decision: political union or relapse into 19th-century nationalism. Many organizations committed to the European cause have not really grasped this yet. Adhering to European multilateralism is a dangerous miscalculation, which at best will end in the paralysis of the European project.

Second, Brussels must become capable of admitting criticism. It is time to acknowledge the very real construction errors of the EU instead of constantly preaching its advantages to its citizens.

We should, third, stop overusing the peace narrative. It barely appeals to younger Europeans and is intellectually flawed for the simple reason that is was mainly NATO, and not the EU, that deserves credit for preserving peace in Europe after World War II.

Finally, the fact that Macron’s reform efforts have failed is not only a sign of the Monnet method having reached its limit. It points to the need to overcome the idea of European unification as an evolutionary process. We must also rethink in whom we place our hopes.

The European nation states and their governments have gone as far as they could. Any further step toward integration is tantamount to a self-sacrifice that can never be covered by a national mandate. To expect France and Germany to take this step together is folly. In fact, a new Europe will not be built with or through the nation state, but only against it.

This calls for a massive politicization of European civil society. The new bearers of the European idea must henceforth be the European regional governments, companies, interest groups, parties, trade unions, in short: the citizens themselves. It will take many small actors to finally put an end to the pettiness of the supposedly large ones.