Little thinking has been done about EU disintegration. In the absence of plausible theories, here are three ways things could go wrong for Europe. 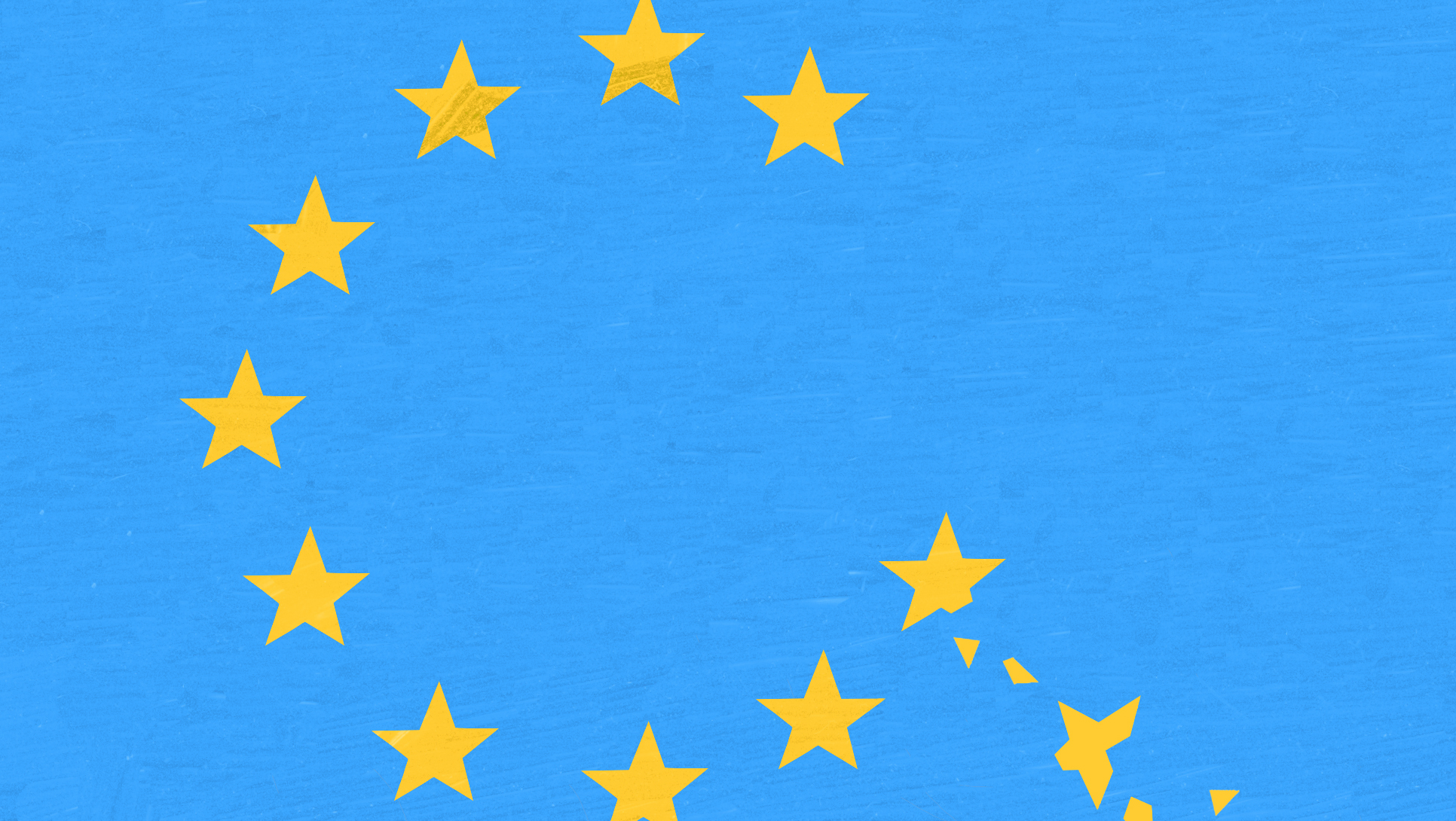 The chaotic Brexit saga suggests that states in Europe are no longer able to settle their differences in a constructive manner. The 2019 European elections have already been marked by a renaissance of sovereignist rhetoric. Pro-European politicians are at odds with each other regarding the required EU reform agenda. Can integration thrive in an atmosphere of conflict and chaos? Can the EU prosper in a new era of national pride and glory? How many crises can the EU digest before losing its mission and purpose? And most crucially, is Europe disintegrating?

There are no convincing answers to these pressing questions. This is partly because it is difficult to understand the fast-moving events, and pessimists have been proven wrong many times in the process of European integration. Europe emerged stronger from previous crises, and the present-day challenges can again be overcome in due time.

It is also difficult to predict disintegration because we lack a plausible narrative, let alone the theory to discuss it. For mysterious reasons, successive generations of intellectuals, commentators and politicians have always focussed on European integration while neglecting the opposite scenario. This is like discussing peace without trying to comprehend war. We may well be in favor of peace, but peace cannot be maintained without any understanding of the causes and implications of war. Similarly, can we comprehend democracy without talking about autocracy?

No wonder we are so confused at present. We do not really know what causes disintegration and what are its symptoms. Is disintegration a process, or something resembling sudden death? Does Brexit weaken or strengthen the integration of the remaining 27 states? How can we stop or reverse disintegration?

In the absence of plausible theories of disintegration, we can try to envisage some scenarios of the EU falling apart. Three outcomes seem most plausible at present. The first sees Europe’s leaders losing control over financial or political events. The second involves leaders trying to address problems, but ending up making things worse. The third scenario envisages a benign neglect policy with not-so-benign implications.

At the peak of the euro crisis, an economic avalanche beyond anybody’s control was seen as the most likely disintegration scenario. Germany’s Chancellor Angela Merkel repeatedly declared that the plunge of the euro would mean the collapse of Europe. Poland’s Finance Minister Jacek Rostowski added that the outcome of this scenario could well be war. Neither came to pass, but numerous analysts still argue that the common currency without a common fiscal government is not sustainable in the long-term.

We will be able to verify this pessimistic claim only when faced with another huge financial crisis. Such a crisis is difficult to predict and locate. The last financial shock came from New York, not Brussels. The next one could come from Shanghai or Rio de Janeiro. Financial turbulence may well be caused by a security crisis.Another huge refugee crisis could also lead to the implosion of EU institutions. Environmental disaster or a pandemic could cause events to spiral out of anybody’s control. None of these things can be predicted for sure, but any of them could happen with or without the purposeful contribution of the EU.

During emergencies, chaos and conflict are a normal state of affairs. Germany as the most powerful country would be at the center of crisis management. Some countries would join a bandwagon behind Germany; others would try to form a counter-alliance. Since chaos is heaven for populist politics, nationalism would thrive. The politics of territorial claims and financial recriminations would ensue. It is hard to see the EU surviving an avalanche of mutual accusations, retaliations and recriminations. Under this scenario, disintegration would be spectacular. It would resemble a cosmic big bang or sudden death.

Such drama appeals to our imagination, but it is difficult to speculate about the “unknown unknowns” that could trigger it. Not every crisis results in an Armageddon. The EU has a record of impressive resilience. Brexit, for instance, will hurt the EU more than is currently being acknowledged, but it is unlikely to lead to disintegration. In fact, the UK is more likely than the EU to disintegrate in the aftermath of Brexit. Moreover, it is difficult to suggest specific policies that could prevent a European Armageddon caused by hypothetical threats, however frightening.

The Soviet Union collapsed after Mikhail Gorbachev began introducing economic and democratic reforms. Gorbachev wanted to strengthen the Soviet Union, not dismantle it. Historians point to the reforms of the Hapsburg Empire as accelerating its demise. The so-called Austro-Hungarian Compromise of 1867 that led to the creation of a dual monarchy with two separate parliaments and prime ministers in Budapest and Vienna provides a good example.

The EU has not attempted major reforms for the last three decades, but the lower-key measures that member states did agree proved highly contentious. This especially applies to the 2012 Fiscal Compact. Its critics say it is driving the eurozone apart because it imposes unjust and excessively rigid, counter-productive policies on the debtor states. Efforts to reform the EU’s asylum system have proved equally contentious with numerous states, especially from Central and Eastern Europe, refusing to accept the central redistribution of refugees.

In the run-up to the 2019 European elections, politicians launched numerous reform proposals—many of them contradictory rather than complementary. If the most ambitious of them were to be implemented, this would generate not only conflicts, but also unwanted or unexpected side effects.

Plans to create a more ambitious economic and political union are likely to have the most profound implications. A political and economic union of many distinct entities, however interdependent, would struggle to identify a set of common interests that could guide its policies. It would only work if composed of a few like-minded and similar looking European states.

Such a core of Europe would create a new divide across the continent, raising fear and suspicion. Some EU member states would be worried about being excluded, while others would fear that joining would subject them to domination by core members. In other words, the jump into a fully-fledged union would likely destabilize relations among European states, and break cooperative arrangements. A federation, however light, may well be attempted with the intention of saving EU integration—but in reality it could prompt disintegration.

Even less contentious reforms, such as those aimed at strengthening Europe’s defenses, especially against cyber-attacks, may require treaty changes—and in some countries referenda. Those have proved to be a festivals of populism benefitting euroskeptic campaigners. As such, they could be a vehicle of disintegration.

Reforms, especially the major ones, are always risky, and politicians usually avoid risk. Moreover, in a Europe split along numerous political and economic differences it is difficult to agree any reform, let alone a highly ambitious one. Pro-European liberals would be particularly opposed to reforms coming from the anti-liberal camp even if decentralization may make the EU more flexible and competitive.

Under the “benign neglect” scenario, disintegration would take place by default or in disguise. Rather than trying to look for European solutions to national problems, member states would increasingly try to solve problems on their own or in a non-EU framework. They would not openly abandon the European project, but use it merely as a public relations tool.

The long history of the Western European Union (WEU) is a good example of such a symbolic cooperative frame. The WEU existed for many decades, but was hardly ever utilized for its envisaged security purposes. Members of the WEU met regularly and adopted resolutions. The WEU administrative structure and even the parliamentary assembly functioned seemingly normally.

And yet, when serious challenges arose in the field of defense and security, WEU member states ignored the WEU structure and used NATO, the EU, the UN, the OSCE, or informal frameworks instead. The 1990s war in the Balkans uncovered the price of this policy: Europeans found themselves without a common security strategy, divided on the question of which institution should handle the war, and without the effective military capabilities to do anything meaningful.

A policy of benign neglect and of muddling through comes at a price, but it is better than endorsing highly ambitious, hazardous projects. In a period of economic turmoil and ideological confusion, pragmatism is a valid alternative to idealism; a gradual approach may work better than a revolutionary one.

This probably explains the policy of European leaders at present. They are clearly reluctant to invest their careers and resources in policies with highly uncertain outcomes. While they will do the minimum to avert financial meltdown and political confrontation, it will not be enough to halt the process of creeping disintegration. The EU itself is the obvious victim of such an approach, with some of its key institutions progressively marginalized.

However, institutions have a very long half-life, even when they are not working, which suggests that the EU—or rather its façade—will survive. Europe will increasingly resemble a maze with different actors moving in opposite directions, whilst maintaining the appearance of dialogue and cooperation. The informal mode of decision making will become more important than dysfunctional treaties. Stronger states, especially Germany, will find themselves in the position of kingmaker by default rather than design. Emerging problems will have to be addressed, and if Brussels proves unable to do anything helpful, the public will expect solutions from Germany. This may prove a mixed blessing.

None of the three envisaged scenarios bode well for Europe and Germany. Yet the measures currently being entertained to prevent disintegration seem inadequate. They also lack broad public backing.

Perhaps the only way to prevent disintegration is to reverse its dominant logic. Integration does not need to be a matter of nation states only; cities, regions and civil society organizations can be given tangible access to EU decision-making and resources. Integration can well be forged along functional rather than territorial logic because different fields require different memberships and modes of governance.

Spreading out power within Europe and bringing it closer to the citizens may help legitimize European policies more than the current centralized system. Such changes will not come from the top; they need to be pushed from the bottom. Are Europeans prepared to take things into their own hands?