Hungary’s authoritarian prime minister is the poster boy of Europe’s right-wing populists. Given his estrangement from mainstream conservatism, how will the opportunist position his Fidesz party in the European Parliament? 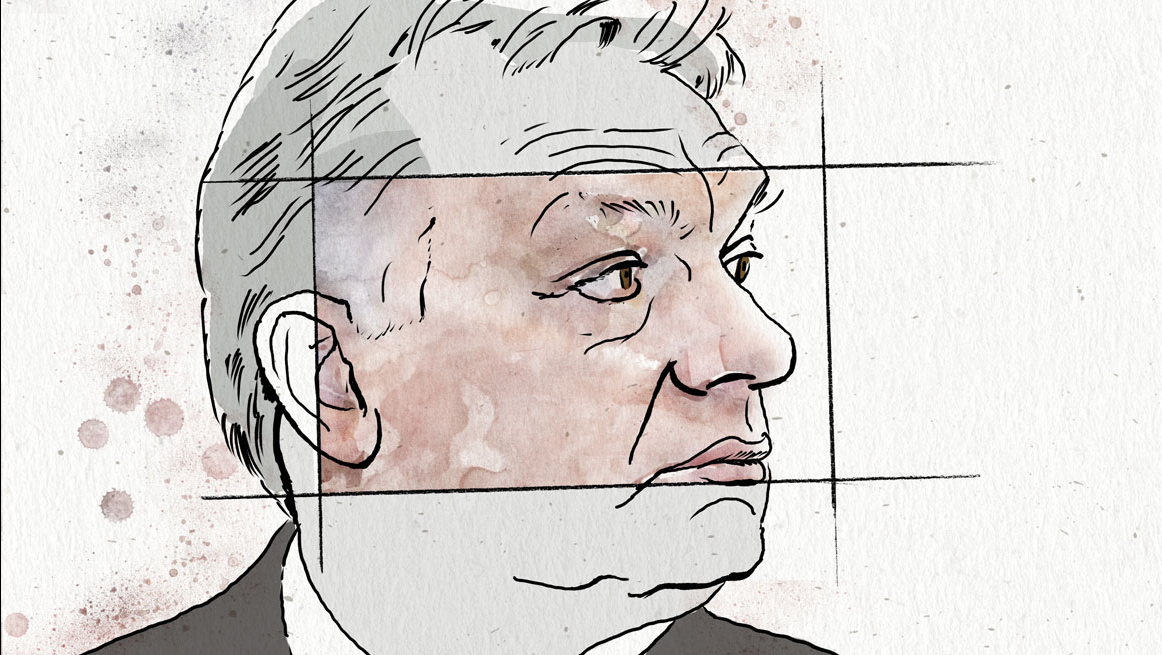 Hungarian Prime Minister Viktor Orbán does not like to talk to the independent press, preferring more managed media appearances. However, in November 2018, followers of his Facebook page were made privy to a video he made with the action star Chuck Norris. “I’m a streetfighter basically,” said Orbán, as he drove by Budapest’s Heroes’ Square, the setting for his epochal “Russians go home” speech in 1989. “I’m not coming from the elite, I’m coming from a small village.”

Orbán’s PR was canny as ever. Norris is a cult figure in Hungary and the memory of Heroes’ Square is a gift that keeps on giving, even three decades on. But he was also showing a self-awareness that is not always apparent to Hungary observers. “Orbán loves to fight,” his biographer Paul Lendvai told the Berlin Policy Journal. His Fidesz party and Orbán project themselves as the only real genuine fighters for the national interest, for Christian values, against the barbarian invasion,” Lendvai added.

The Viktor Orbán story is one of ambition and opportunism. It began with opportunism, too. It began in 1989 with a speech that Orbán made to some 250,000 people at the symbolic reburial of Imre Nagy, the martyr of the Hungarian Revolution of 1956. Orbán decried the Soviet Union and called for the withdrawal from Hungary of Soviet troops. It was an opportunistic move—the speakers that day had allegedly agreed to demur on the topic of Russia’s departure—but with it, he entered the history books. As one of his biographers Jozsef Debreczeni described it, “it was the meeting of an extraordinary luck with an extraordinary talent.”

Orbán has been a legacy politician from the start, even though a video from around that time shows him denying any interest in a political career, saying he would rather be a professor. Yet one of his university teachers has recalled having to break the news to a young, crestfallen Orbán that he would never fulfil his ambition to become US president, because he was not born in the country. His years in liberal circles left Orbán with a bitterness from being mocked by Budapest’s intellectuals. But if he was outclassed on an academic level, his political instincts have helped him prevail.

“He Has Become Illiberal”

Given his current dominance of Hungary’s political landscape, it is easy to forget that Orbán failed to gain an outright majority in Hungary during the first 20 years. However, since 2010 he has won three supermajorities that have allowed him to rewrite and amend the constitution at will. After three decades in politics—Orbán, now 55, has been at Hungary’s top table since he was 26—voters want him because of his personality.  That’s how the one genuine pretender to his crown, János Lázár, a leading member of Fidesz, has described Orbán’s enduring success.

According to political scientist and researcher Zoltán Gábor Szűcs, “Orbán is smart, self-reflective (but not a philosopher), aggressive, manipulative. I’m not sure if he knows that people are not just his means and instruments,” he added. Orbán always wants to win and he’s simply unable to play by the book. Through all the ideological about-turns—since 1989 Orbán has changed his stance on liberalism, the clergy, Russia, and Europe—it is relentless ambition that has been the common thread that runs through his career. What motivates him is “winning, crushing his rivals,” said Szűcs. “He is always pushing the boundaries. Usually it works for him. During his first term (from 1998-2002) he was much less relevant than now. It was a different time, a different Europe, and Hungary was not in the EU,” Szűcs added.

Orbán’s early academic ambitions are still manifest in his willingness to meet star intellectuals. The latest academic to receive an audience with Orbán was French liberal philosopher Bernard-Henri Lévy, who said after a coffee with him this month that he had “deciphered Orbán’s secret.” Lévy recalled that he met Orbán 30 years ago as a member of President François Mitterrand’s delegation.  “Orbán was completely different. A liberal, anti-totalitarian person,” Lévy said. “He has become indeed illiberal.”

Razor-Wire For the Borders

Since 2015, Orbán has made immigration a signature issue. He has called migrants “a poison,” and has said that “Hungary does not need a single migrant for the economy to work, or the population to sustain itself, or for the country to have a future.” However according to Szűcs, the rise of Orbán on a European level was as much down to the lack of reactions of his political opponents, as the speed with which Orbán himself acted.

“He was incredibly cynical and also extremely lucky that neither his opposition nor the EU were able to take advantage of his shocking mismanagement of the migration crisis. It was a total failure, a complete meltdown of the Hungarian administration,” Szűcs said.

“For months they were paralyzed. But still the opposition missed this unique opportunity just like the EU did. Ever since then the migration issue pays off for him way more than he could have reasonably expected when he started this whole gamble.”

So, while Orbán built razor-wire fences along Hungary’s southern borders with Serbia and Croatia, an inactive EU allowed him to set the agenda, which Orbán will seek to profit from in the European Parliament elections at the end of May.

In a Favorable Position

Orbán’s turn to the right has seen Fidesz suspended from the major center-right group in the European Parliament, the European People’s Party. It remains to be seen whether the party will make amends with its EPP allies or seek other alliances after the European elections in May.

Europe is increasingly important to him. “He is not endangered on the home front. He plays it by ear; that is, if the radical right from Matteo Salvini to Marine Le Pen and Austria’s FPÖ is strengthened, he is in a very favorable position,” said biographer Lendvai. Fidesz will then likely forge an alliance with those who think similarly to the Hungarian governing party, and fight for a ‘Europe of nations,’” he added.

“I guess his most optimistic scenario is that the status quo will end for good and he can profit from the subsequent chaos,” Szűcs said. “Maybe he can strengthen his position in the EPP, maybe he can find new friends. Perhaps his worst-case scenario is that the EPP won’t need him anymore. Anyway, as long as his position in Hungary is stable, he has plenty of time to wait for the next opportunity.”