Ten years after the onset of the eurocrisis, some observers  are predicting a sequel. The biggest problems aren’t caused by economics, but politics. 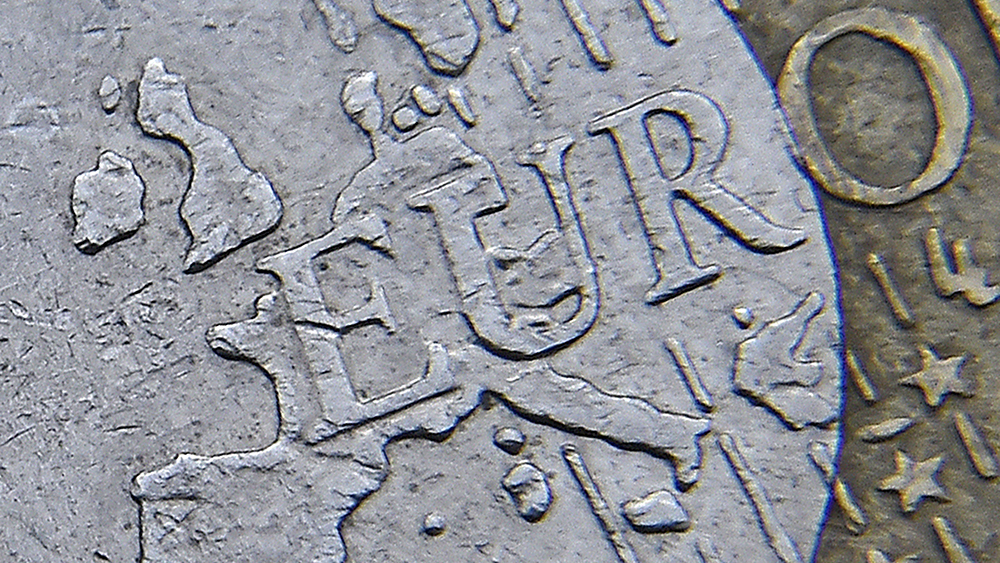 As Europe was preparing to introduce the euro in the 1990s, the American Nobel Prize winner for Economics, Milton Friedman, wrote a short essay in which he addressed the plans for a common currency. A common currency would not unite the continent as Europeans hoped, but rather divide it—for it would all of a sudden make processes of economic adjustment that “would have been easy to handle by changing exchange rates” difficult to manage.

In retrospect, it’s safe to say Friedman was right. The common currency was supposed to bring economic stability to the continent; it did the opposite. In the first ten years after its introduction, the euro brought an unhealthy boom to the south and a long-lasting slump to the north—above all to Germany. These tensions eventually exploded into a great crisis that nearly broke up the currency union. So it’s no surprise that there are warnings galore about the next crisis in Europe, even if the continent is not so badly positioned, in economic terms, as many make out.

The main problem of the European and every other currency union is that membership is an economic straightjacket. It limits the options available to a nation because the national currency can no longer be devalued in order to rebalance the economy. This is particularly difficult when economic imbalances emerge between the member states—when, for example, wages in one country increase too quickly compared to those in the others, making industry in the country no longer competitive.

The necessary corrections must then come in the form of wage reductions, which carry much greater political and social costs than a currency devaluation. On top of that, a member state in a currency union no longer has at its disposal a central bank that can, in a crisis, act as a creditor of last resort for the public sector. Therefore, economic difficulties, when paired with a capital flight of private investors, can quickly endanger the supply of liquidity. That’s exactly what happened during the eurocrisis and contributed significantly to its escalation.

Rules Are Not Enough

This structural shortcoming cannot be redressed by a national policy of reform, no matter how ambitious. It must therefore be offset on the supranational level, through instruments that reduce the costs of adjustment. That has happened, at least partially. First and foremost, there is the European Stability Mechanism (ESM) established in 2012. It offers, in exchange for reforms, emergency loans to countries in danger of losing their access to capital markets. That all seems very technical at first glance, but the ESM has in fact changed a central point of the eurozone architecture. The Treaty of Maastricht—the founding document of the common currency—conceived of the currency union as a system of rules: whoever didn’t follow them would have to live with the consequences, which in turn was meant to have a disciplinary effect on political decision-makers, so that they wouldn’t get into a situation where they needed to apply for outside help in the first place.

The founding of the ESM—and the Germans who filed a suit against it at the country’s highest court correctly recognized this—is an admission that trust in the power of rules as an organizing principle for the monetary integration of countries that are sovereign yet economically closely aligned is not enough. The European Central Bank (ECB) has also in essence followed this logic with its crisis policies. By buying bonds, the central bank can react to financial distortions in individual member states, stabilizing these countries. From the perspective of the affected countries, it is carrying out to some extent the function of the national central banks they lost with the introduction of the euro.

In comparison with other federal entities, the member state-centric structures of the eurozone certainly do no more than meet the minimum requirements. When there’s a crisis in the United States, for example, centralized unemployment insurance ensures that money effectively flows from less-affected to more-affected regions. Germany even possesses an instrument (the Länderfinanzausgleich) for aligning standards of living independently of cyclical fluctuations. The currency union won’t have anything like this in the foreseeable future because there is simply no political majority for the necessary transfer of sovereignty to the supranational level. And without such a centralization of political decision-making power, financially solid countries won’t agree to American- or German-style transfer mechanisms, because they fear they will have to pay for the economic policy missteps of other countries.

But maybe the issue can be scaled down. At the moment, EU member states are discussing the introduction of a Europe-wide unemployment reinsurance and the expansion of the ESM into a European Monetary Fund with additional credit lines. An embyronic common budget for eurozone member states has already been agreed, despite resistance from northern European countries. Such reforms make the currency union less susceptible to crises—and they come with significantly lower legitimacy preconditions than would more extensive federalization on the US model. This also applies to the planned completion of the banking union, a step by which an important financial contagion channel would be closed. Countries like Ireland, for example, get into difficulties because the collapse of large national banks drags the whole economy into the abyss. A collaborative clean-up of the credit institutes—and having bank creditors bear a greater share of the associated costs—reduces this danger.

In this context, it should not go unmentioned that the eurozone doesn’t need to shy away from comparisons with the other big currency zones. The budget deficit in the eurozone amounted to one percent of GDP last year; in Japan it was 3.7 percent; in the US four percent. Public debt in the eurozone amounts to 86 percent of GDP; in the US it is 105 percent; and in Japan it is a whopping 229 percent. Nowadays the unemployment rate is sinking even in the countries of southern Europe, while in the north some regions enjoy almost full employment. And the economic differences between the prosperous regions in America’s coastal cities and the left-behind regions in the Midwest may well be—at least if socio-economic indicators like access to healthcare are included—bigger than those between Portugal and Germany.

The problem with the debate about crises in the currency union is that it generally operates with binary solutions. The assumption is that the eurozone can only survive if it is either built into a sort of European super-state, or if competences are comprehensively transferred back to the member states. In fact, it is entirely possible that it has a future as a hybrid entity that unifies governmental and regulatory elements, provided it finds the right balance between these two methods of political management. In any case, the US example shows that having the characteristics of a national state does not protect against economic irrationality.

Of course, that doesn’t mean that in Europe everything is in great shape. In countries such as Italy or Greece, the high level of public debt limits the fiscal room for maneuver, which is why the money for urgently needed investments isn’t there. There are still too many bad loans on the books of many southern European banks. If the ECB ends its ultra-loose monetary policy—as it will do sooner or later—then exactly these heavily indebted countries will suffer. And the budget plans of the populist Italian government, which went against European budget regulations, show how fragile the economy recovery is. For now, Rome seems to be backing down. But the recent worries are a salutary reminder of how an escalation of the crisis in Italy would affect the entire eurozone. Given the size and economic importance of the country, such a crisis could not be overcome with the existing instruments.

If the confrontation over Italy’s budget teaches us one thing, it is this: Europe’s real problem is not the economy but politics. After all, it’s not impossible to cut down excessive public debt if, as is the case in Italy, the population possesses considerable private wealth. Nor is it impossible to reconcile national priority-setting with European requirements as long as both sides are prepared to compromise.

You could also say it this way: there is no reason why the next great crisis has to originate in Europe. Unless it is willfully brought about.