The French president is struggling to overcome the deepest crisis to hit his government. He’ll have to correct course in 2019. 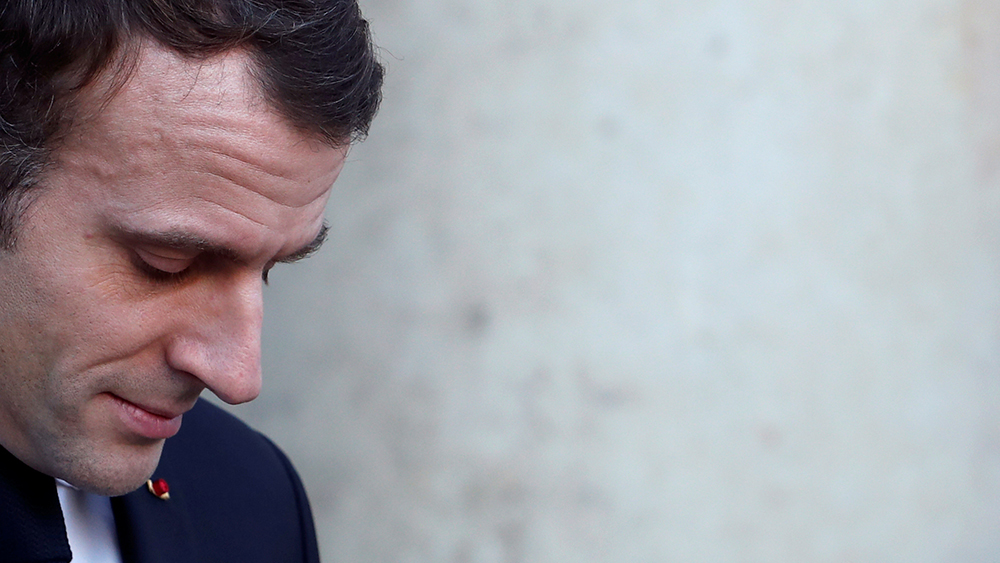 On the streets of Paris and cities across France over the holidays, it seemed that the country’s yellow vest movement had lost steam—until another eruption of violent protests on January 5. It is already clear, however, that the protests have left lasting scars on President Emmanuel Macron’s image, at home and abroad. That looks set to have a significant impact the 2019 European elections.

What started as a protest against a planned increase in fuel and diesel taxes—Macron has since cancelled those plans—turned into a revolt against the political elite, the distribution of wealth, and government policy. It was sparked in large part by people in rural areas who need their car to go to work. For them, the additional fuel tax would have made it even harder to make ends meet. They are among a growing group of French people who feel politicians in the capital have forgotten their needs.

Their anger has put Macron in a difficult position, grasping for answers to the most severe crisis he has had to face in office. Stéphane Wahnich, head of the Paris-based survey institute SCP communication, thinks Macron’s ways and style of communication will now have to change, and quickly.

“The French like their president to be a monarch—on condition that he doesn’t look down on them,” he said. “Macron will have to become a more classical president like the center-right Jacques Chirac, smoother and less populist. The times of his controversial comments are finished.”

Wahnich calls this a second term within the presidential term and predicts a reversal of Macron’s policies. “He will be obliged to implement more socially acceptable policies that are in favor of the poor,” he estimated.

That will be necessary if Macron wants to right the ship. Since the beginning of the crisis in November 2018, the president’s popularity—already low—has plummeted. Only between 20 and 30 percent of the French have a positive opinion of him, according to a survey done by polling institute Ipsos on behalf of the magazine Le Point in late December; that’s compared to around 60 percent at the beginning of his term.

Meanwhile, Macron made significant concessions to the yellow vest protestors in a televised address, cancelling the planned taxes and announcing measures to boost workers’ income. However, right after his speech, more than 50 percent of those polled said they supported the demonstrators. More recent polls are showing that at least 60 percent of the French are still supporting the protesters.

“He waited until two seconds before the crash to take action. The fact that all this violence had to happen for him to respond is very damaging for his image,” said Bruno Cautrès from the Center for Political Research at Sciences Po University in Paris. He believes Macron won’t be able to regain his lost popularity.

The president has indeed come across as patronizing to many. He once told an unemployed person that it was easy to find a job—he just had to cross the street. And he called the French “Gauls who are resistant to change” and “lazy.”

Macron’s recent efforts to change his image and his policies probably won’t be enough to help him score high in European elections scheduled for May. A poll by IFOP on behalf of the newspaper L’Opinion shows that Macron’s party La République En Marche has lost ground since the protests began. Meanwhile, Marine Le Pen and her far-right Rassemblement National—formerly known as Front National—and the far-left Nouveau Parti anticapitaliste (NDA) have climbed in the polls.

“Macron has lost large parts of his aura,” said Philippe Marlière , a professor for French and European Politics at University College London. “He used to be seen as a modern, dynamic president who could reform France while having a balanced approach of left- and right-wing policies. But more and more, people realize that he’s less balanced than they thought and they doubt his ability to bring about change—in France and within the European Union.”

Running Out of Steam?

Macron’s EU reform plans could now indeed become even more difficult to push through. He has been pledging to establish a post for an EU finance minister, a sizable eurozone budget, and a separate eurozone Parliament to oversee economic policy.

But Germany’s Angela Merkel has so far agreed only to a rather small eurozone budget as part of the overall EU budget. And, with Macron’s struggles at home, she may have even more reason to be reluctant. Macron’s main argument had always been that he deserved support for EU reform in exchange for his success in reforming France. That success is now no longer assured. What’s more, Macron’s concessions to the yellow vest protestors are likely to push the French deficit above 3 percent of GDP, the Maastricht fiscal criterion. That sends the wrong signal to European partners, especially Germany.

Looking even further ahead to the next presidential elections in 2022, a rethink seems to be taking place among rival mainstream parties. “Up until now, the center-right Republicans had been on Macron’s side, but over the past few weeks, they have been harshly criticizing him. It looks like they have decided to go it alone and are already gearing up for their own election campaign,“ said political analyst Cautrès. Similar things are happening on the left, although the Socialist Party still needs more clarity on its exact strategy, he added.

Indeed, many analysts in France and Europe seem to largely agree that Macron’s leadership has taken a lasting hit. The president himself, though, seems to believe a relaunch of his presidency is still possible. During his recent announcements, he called the protesters’ anger a “chance” and the current times an “historic moment for the country.” The government has started national debates with protesters, trade unionists, and local politicians in the hope that doing so will help Macron regain his sheen and push through his plans for next year. Indeed, the president confirmed his determination to implement them in his New Year’s speech.

Yet these include reforms to housing benefits, the pension system, and unemployment insurance—benefits that many of the protestors have enjoyed until now. For example, people whose income has increased over the past year could lose state support for their rent. Macron intends to simplify the country’s pension system, aligning private and public pensions but still keeping the retirement age at 62; he also plans to reduce unemployment benefit payments and pension rights for the unemployed.

Those left out of pocket may not support the larger vision behind the reforms, and some are likely to head back to the barricades. The gilets jaunes movement is winding down, but the simmering anger at Macron could erupt again at any time, blocking any efforts to see through his agenda.