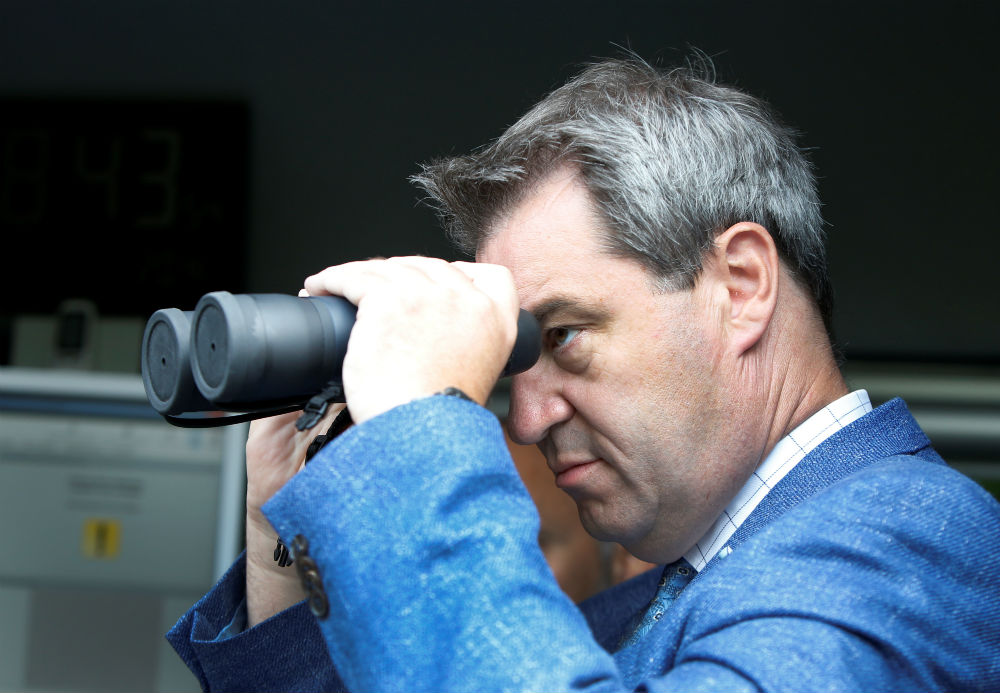 On Wednesday, Bavaria opened the doors on seven “anchor centers.” The German word Anker is an acronym that leaves little doubt as to the centers’ purpose: arrival, decision, and return. The CSU hopes similar facilities will open elsewhere in Germany, but other federal states are skeptical and have yet to sign up. Opening one of seven such anchor centers, Bavarian state premier Markus Söder talked about using a “carrot and stick” approach to migration, providing arrivals with a decision within 18 months on whether they can stay or must go.

Aware of growing public skepticism and security concerns over migration, Bavarian officials say these centers will expedite asylum applications of people who have little chance of remaining, or those whom officials deem a threat. Asylum seekers with a good chance of securing residency, meanwhile, will be offered a chance to find work or enroll in training schemes or integration programs.

But critics are asking how much integration is possible for people living in an out-of-town barracks behind mesh fences. The migration NGO Pro Asyl has called the anchor centers an “obstacle to integration by government decree,” with a “catastrophic effect” on those housed there. Meanwhile another NGO, Save the Children, attacked the fenced-in centers as a potential risk to the safety and development of their youngest residents.

“The same rights apply to a refugee child as any other children, such as access to education, healthcare and … protection,” said Susanne Krüger, head of the organization in Germany. The centers are controversial in Chancellor Angela Merkel’s government in Berlin, too. Johannes-Wilhelm Rörig, a government commissioner responsible for children’s rights, said he was concerned these were not guaranteed in the anchor centers. He has publicly questioned whether the Bavarian anchor centers in their current form conform with Germany’s commitments to the UN Convention on the Rights of the Child.

The Bavarians have knocked back all the critics, with CSU leader Horst Seehofer (also federal interior minister in Berlin) saying he was certain the anchor centers will be a “big success.” The opening of the centers comes ahead of a crucial state election in Bavaria in October. After decades in power, the CSU finds itself well short of enough support to retain its absolute majority in the state parliament. It hopes the new facilities have been launched in time to show wavering voters that the CSU is taking a tough law-and-order approach to migration, three years after more than one million people arrived in the country, largely through Bavaria.

On Wednesday, Bavaria’s state interior minister Joachim Hermann pointed out that the camps were all housed in pre-existing asylum centers. What’s new is that, instead of being distributed to municipalities, up to 1,500 residents will live in each center full-time, alongside asylum and other related agencies that process applications.

The camps are not closed and residents will be allowed come and go, he noted, while children will receive education inside the camps rather than at local schools. But Hermann made no bones about the purpose of the facilities: authorities had been instructed to take “visibly swift action,” he said, against migrants who break the law. Later this week, Bavaria will increase financial incentives for voluntary repatriation of migrants as well.

The new measures complement federal interior minister Horst Seehofer’s migration “master plan,” a 63-point paper presented last month to optimize and standardize asylum procedures. Seehofer had threatened to resign in Berlin and collapse the government unless his blueprint was adopted. In the end he struck a compromise with Chancellor Angela Merkel to deport migrants who have already filed for asylum elsewhere in the EU—if the other country agrees. Now he is engaged in talks with neighboring Austria and Italy to make the deal come about.

Wednesday was not just the launch of Bavaria’s new anchor centers, it also coincided with the start of new family reunification quotas, allowing up to 1,000 relatives of refugees with subsidiary (limited) protection to come to Germany each month. Those with subsidiary protection–people, often Syrians, who are not personally persecuted but nevertheless face a threat of serious harm in their home country—had not been able to bring relatives over since August 2015. Now a fraction of them will be able to.

Still, the opposition parties criticize a law they say makes international refugee law subject to arbitrary upper limits. But to keep her alliance together in Berlin, Chancellor Merkel has allowed her Bavarian allies considerable autonomy on the emotive asylum issue ahead of October’s election. Her other coalition partner, the center-left Social Democrats (SPD) are unimpressed by the new centers—not because they go too far, but because they are what interior spokesman Burkhard Lischka called a “bluff” with little practical change. “Just swapping out a few signs is silly,” he said.