What does Angela Merkel’s decision to eventually leave politics mean for Europe? In the short term, it’s bad news for EU reform. In the long run, however, her successor will likely turn into at least as good a European as this chancellor has been. 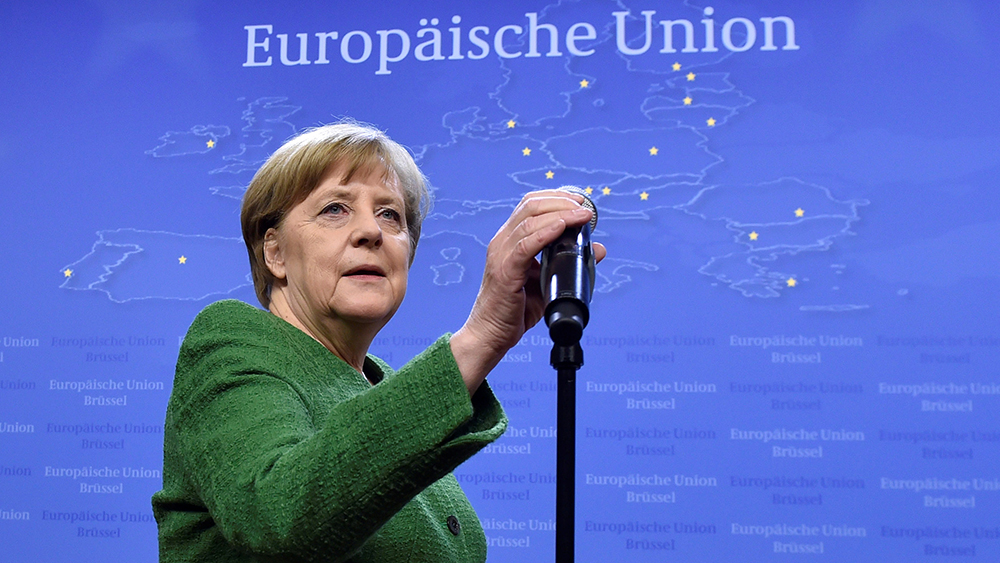 The day after announcing her phased departure from politics, Angela Merkel sought to reassure her international counterparts. “I believe that the negotiating position won’t change,” she said at a joint press conference with Egypt’s President Abdel Fattah as-Sisi on October 30 in Berlin. “One could even say that I will have more time to concentrate on my tasks as head of government.”

It was a disingenuous remark—surely, governing is less about making time available and more about having the political leverage to make an agreement stick. At the same time, Merkel is right: neither her departure as head of her party, the Christian Democratic Union (CDU), in December, nor her eventual retreat from the chancellery will mean that Germany’s negotiating position will change.

With several rivals vying for her succession, in the short term Merkel is bound to stick more firmly than ever to Germany’s established stances. This will be true for several reasons: she won’t want to open herself to criticism from any of her would-be successors, nor does she want to openly take sides. Most importantly, however, Merkel has given up the power to make her coalitions partners and her party accept painful compromises.

In terms of European policy, this means that any hope that French President Emmanuel Macron may still have harbored of moving toward a more integrated EU is dead for now. Then again, his prospects hadn’t been bright anyway: even before announcing her gradual retreat from politics, Merkel had been lukewarm about supporting Macron’s proposals.

As it looks now, the EU is unlikely to take substantive policy decisions before 2020. The upcoming European elections in May 2019, followed by the selection of a new European Commission, mean that the window for reform is closing soon. By 2020, there will probably be a new chancellor, too. Merkel’s regular term in office only ends in 2021, but there is a strong likelihood that her coalition won’t last that long.

Pro-Europeans will deplore this long stretch of stagnation, but it is truly dangerous only if the spending plans of Italy’s populist government trigger a new euro crisis. An Italian debt crisis could spell the end of the common currency.

It is difficult to see a weakened Merkel agree to any rescue plan which, given the size of Italy’s economy and debt, would need to be massive. The Italian government is not only profligate, but also openly xenophobic and euroskeptic, which doesn’t win it many sympathies in Germany. Also, while the Italian state is heavily indebted, its people on average are actually wealthier than the Germans.

Merkel—as well as her potential successors—would certainly hope that Italy and the EU can solve the budget dispute without upsetting financial markets. Such a respite would give Europe and Germany the time to have a new Commission and a new chancellor in place, most probably after new elections.

What happens next depends to a large extent, of course, on who actually wins the race to replace Merkel, both at the head of the conservative bloc and in the chancellery. Today’s contenders span the spectrum from very pro-European (Annegret Kramp-Karrenbauer, the CDU’s secretary general and presumably Merkel’s preferred choice) to somewhat critical (Jens Spahn, Merkel’s youngish and very conservative health minister, as well as Friedrich Merz, one-time leader of the conservative Bundestag caucus and a long-time enemy of Merkel’s).

Yet their initial outlook matters perhaps less than would appear at first glance. Any future chancellor will find his or her path severely constrained. Given Germany’s economy, its history, and its geopolitical position at the center of Europe, a leader of this country will be driven toward European integration and the defense of the liberal world order.

Wanting the EU to Work Well

Of all European countries, Germany has perhaps the strongest reasons to want the EU to work well, and of all European leaders, the German chancellor is most dependent on the EU for his or her success. And while it is possible, of course, to have a leader who does not conform to the interests of his or her country, it is not the most likely outcome.

Gerhard Schröder, for instance, was no European idealist when he became chancellor in 1998, yet he eventually forged a close partnership with France. Schröder was also key to brokering the financial and institutional solutions that made EU enlargement possible.

Angela Merkel, in turn, started out with a closer rapport with the United States than the EU. But she also found herself working ever more closely with various French presidents as well as moderating agreements at the EU level. While she never turned into a Europhile, she did become the safe pair of hands that Europe now is afraid of losing.

The three most critical events of Merkel’s time as chancellor illustrate how much a German leader needs to work through the EU.

Merkel was reasonably successful in managing the euro crisis because she largely relied on Brussels. It’s a very different story for the Energiewende, the shift toward renewables, which has proved ineffective as well as expensive for Germany’s consumers. After the Fukushima meltdown, Merkel unilaterally took the decision in 2011 to end nuclear power production in Germany, without waiting for either an EU energy policy or the construction of an EU-wide grid.

Finally, there is the refugee issue, which has deeply divided German society and profoundly damaged Merkel’s standing at home and abroad. With a more European approach, much of this could have been avoided. To be fair, any EU agreement on refugees would never have been easy. But in 2015, Merkel didn’t even try very hard before deciding to keep Germany’s borders open.

As her long term in public office draws to a close, Merkel unlikely to do great European deals in order to shape her legacy—apart from the political pressures, that would just be out of character. But neither is there reason to believe that her successor will be more skeptical about future integration than she has been, at least not after an initial learning phase.