Trump’s provocations and bullying grab the headlines. But there are also structural factors—including the EU’s growing economic and regulatory power—that have been causing transatlantic tension for years. 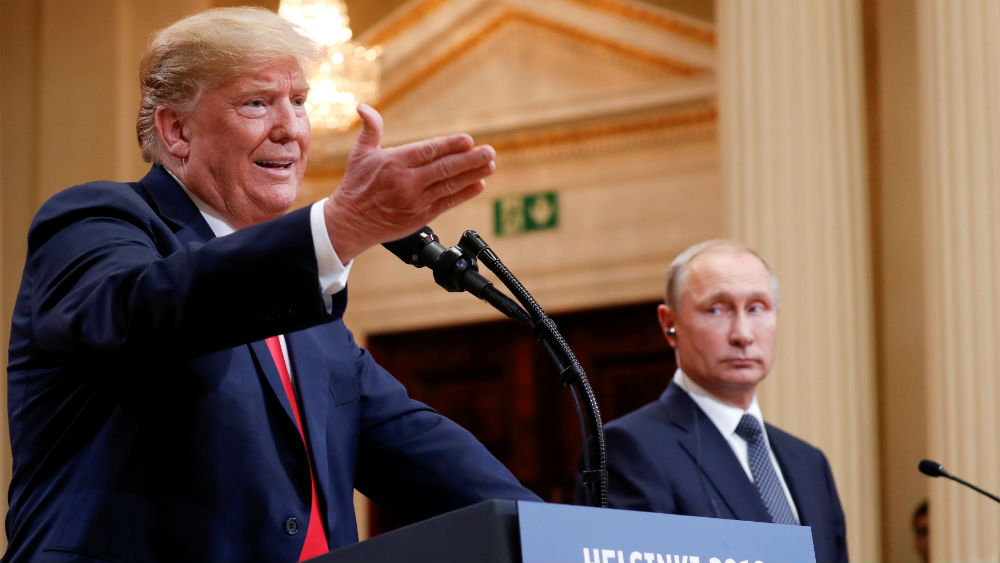 It has become a weekly ritual. In the midst of desperate attempts by American diplomats to assuage the concerns of counterparts in Europe, President Donald Trump unleashes a volley of tweets that further destabilize a transatlantic alliance that has been crucial in sustaining the global dominance of the United States. In the past few weeks the pace of Trump’s malevolent bumbling has accelerated, with the bullying of European allies at the NATO summit in Brussels and his courting of Vladimir Putin at their summit in Helsinki leading many European policymakers to question the future of an alliance that has endured for over seventy years.

For many observers, the disruptive impact Trump has had on a global order that entrenched the preeminence of the United States seemed to mark a sudden break from established American foreign policy traditions. Disoriented policymakers in the United States often interpret this system shock in near revolutionary terms. The willingness of Donald Trump to undermine America’s alliances is often depicted as a sudden moment where a relatively stable liberal order was overturned by a small faction of Trump loyalists that reject the global role American institutions have played since 1945. Indeed, the idea that the current turmoil engulfing the transatlantic alliance is the product of a unique electoral aberration is comforting to those who hope for its swift restoration after Trump falls.

Yet a closer look at the evolution of relations between the United States and members of the EU since 1992 indicates that there are long term structural factors at play that have been causing tensions within the transatlantic alliance for quite some time. Many of the resentments that Donald Trump’s wildly provocative rhetoric plays upon reflect frustration over supposed free-riding on American generosity. This issue has repeatedly flashed up under previous presidents. In the 1990s, the inability of European states to head off the Yugoslav wars of secession caused frustration among US policymakers who had hoped that the collapse of the Soviet Union could lead to a shift of strategic focus to the Asia/Pacific theater. The invasion of Iraq in 2003 led to deep tensions with key EU states, though British, Spanish, and Polish support for the US war effort balanced rhetoric from those US conservatives, such as John Bolton, who were already beginning to define the EU as a potential strategic adversary.

For many Europeans, the subsequent election victory of Barack Obama in 2008 fueled hopes that the transatlantic alliance could overcome such challenges. But despite initial emphasis on renewed cooperation, the inability of European states involved in the NATO intervention in Libya in 2011 to sustain targeted airstrikes without American assistance brought to the surface frustration with what many US officials believed was a lack of equitable burden-sharing when it came to defense spending. In his final years as president, Barack Obama expressed frustration with a perceived imbalance between high levels of US defense spending and budget cuts in EU member states that were increasingly hampering the operational effectiveness of European militaries.

A paradox of these growing tensions between the US and its European allies is that they were also a product of the EU’s increasingly powerful global role in other key policy areas. While the end of the Cold War led to cuts in European defense budgets that exacerbated the military imbalance with the United States, it also intensified a process of European integration that would lead to an vast concentration of collective trade and regulatory power in a restructured EU. When the Treaty of Maastricht in 1992 consolidated economic and monetary integration and deepened political union, the ability of the EU’s institutions to influence trade and regulation on a global scale expanded rapidly in ways that clashed with the interests of key American business sectors.

Though there are still many unresolved aspects of economic and monetary integration despite the waning of the Eurozone crisis, it is notable that Europeans have repeatedly resisted American pressure over the past decade—for example, Europe has brushed off American calls to change course over such issues as debt relief for Greece or Brexit. The divergence of European strategic priorities from American attempts to shape the global economy has been a source of tension since at least a decade before Trump’s election. As the EU intensifies integration and puts pressure on trading partners to adopt its own regulatory framework, that tension will only grow.

In the context of a transnational system that is increasingly developing its own state-like structures, the EU’s internal institutional dynamic was also creating pressures for greater defense coordination before Donald Trump took power. The dawning realization of the extent of military weakness in the period between the Libyan War and the Russian annexation of Ukraine fueled concerns within Europe about the extent of its reliance on US security guarantees.

The increasingly unpredictable behavior of the US has accelerated these efforts, as even many Europeans who are strongly committed to the transatlantic alliance have swung to the view that American unreliability may well make the effort needed for the EU to achieve strategic autonomy a matter of existential necessity. In what can be described as a belated victory for the Gaullist view of geopolitics, there is now an emerging consensus across the EU that its interests can no longer be made reliant on an American political system that is vulnerable to violent electoral swings between belligerence and paralysis. As ever with shifts in EU policy, this is still likely to be an incremental process. But the emergence of an EU able to project collective power in all areas of policy would diminish US leverage and influence in Europe and geopolitical flashpoints surrounding it.

So rather than just assuming that Donald Trump is the primary factor behind the crisis threatening the transatlantic alliance, it is worth looking at how he has been able to use this long term divergence in institutional approaches and strategic interests between the US and the EU to his advantage. Even in an alternative scenario in which Trump had lost in 2016, a more benign US president would have still have faced tensions between the EU and the United States. These would have needed to be managed in a way that acknowledged the divergence of interests while still retaining the benefits of continued cooperation in security and defense. If Trump leaves office soon, it could still be possible to have such an honest dialogue. Both sides could discuss the implications of a strategic rebalancing process in which the EU expands its military strength to lighten the load on an overstretched United States while American political elites accept the strategic implications of a truly equal partnership.

Yet if Donald Trump continues to sabotage any attempts to explore such a managed rebalancing, the accelerating strategic divergence could quickly become unbridgeable. The differences in opinion between Europe and America would then fuel strategic rivalry. If one takes the potential global implications of such a breakdown in the alliance between the US and the EU into account, then those American policymakers should be careful what they wish for in demanding a massive expansion of European military power.