Angela Merkel is facing her biggest crisis yet. Her sister party, the Bavarian CSU, is rebelling against her policy on refugees. The chancellor needs Europe‘s help. But who is on her side? 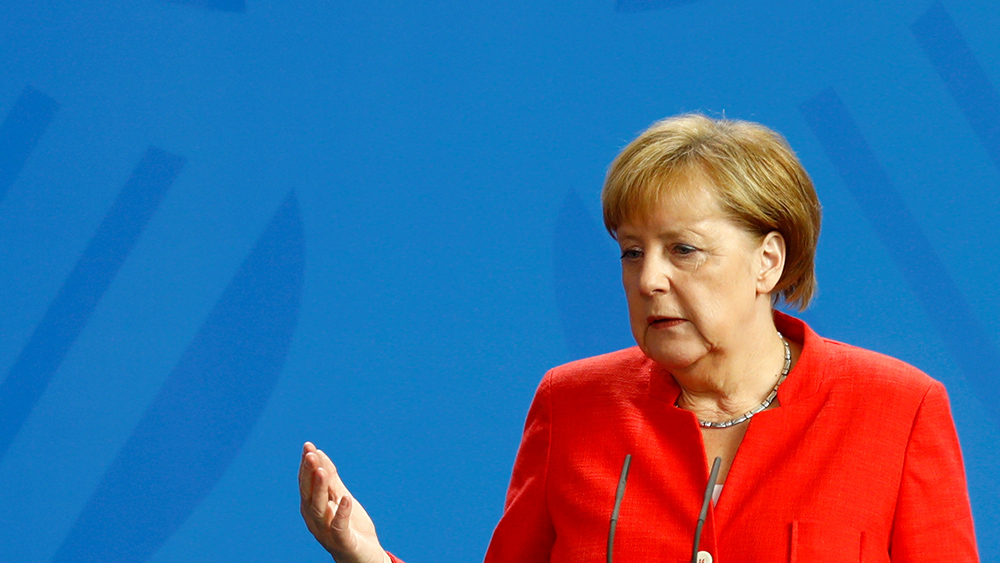 Almost a decade ago, when the euro crisis brought Europe to the brink, I asked a senior official working for German Chancellor Angela Merkel why Berlin was being so ruthlessly hardline and orthodox about imposing austerity measures on already struggling crisis countries. Surely it was possible to adopt a softer touch at least in public to avoid humiliation, I suggested, “because eventually Berlin will need a favor from these countries.”

Then, the Merkel official saw things differently, but he may have changed his mind by now. Last week I watched him follow the chancellor into an informal meeting in Brussels, the so-called mini summit on migration policy, which took place less than a week before the European Council’s end-of-June meeting. Officially, it was about creating an opportunity to sound out the appetite in Europe for closer cooperation on the continent’s unresolved refugee problem. In reality, it was about favors: Merkel was testing her partners’ readiness for an expedited deal to save her coalition government, the center-right political CDU/CSU alliance, and her chancellorship.

Three years after more than a million people arrived in Germany, the migration crisis is dominating headlines again. This time it’s not about numbers—most agree they have fallen significantly, in Germany and across the continent—but about a lingering grudge match between the chancellor and her conservative Bavarian allies, the Christian Social Union (CSU).

After swallowing their pride and following Merkel’s initial open door policy in 2015/2016, they worry that unresolved asylum tensions and public security concerns will see them fall short of an absolute majority in the Bavarian state election in October for the first time since World War II.

Alarmed, CSU leader and federal interior minister Horst Seehofer has threatened to close German borders to people already refused asylum, or to those who have already been registered as asylum-seekers elsewhere in the EU. He says he will do this unless Merkel can convince her EU allies to agree to measures achieving an equivalent end before July 1.

Merkel has warned that closing Germany’s borders could trigger the domino effect across Europe she tried to avoid in 2015 by keeping borders open. If Seehofer proceeds with the closure against her wishes, she has to fire him. His CSU would then pull out of government, and her fourth-term coalition, which marked 100 days in office at the end of June, would collapse.

A CSU Gun to the Chancellor’s Head

With a CSU gun to her head, Merkel has been forced into crisis diplomacy mode, attempting to pull off in days the kind of EU refugee deal that the continent has failed to secure in more than three years. Leaving the refugee issue unresolved has resulted in a very different political climate in Europe now as compared to 2015 (even with far fewer new arrivals) and emboldened populist and right-wing governments in Italy, Austria, Central Europe, and Scandinavia. As if on cue, ahead of the mini-summit of 17 European leaders in Brussels, Italy and Malta turned back a ship filled with 239 rescued asylum-seekers.

While Merkel demands a pan-European deal, CSU pressure has forced her into seeking bi- or trilateral deals, similar to that struck with Turkey in 2016, to stop large numbers of asylum-seekers from reaching Germany and Europe. But Italy, one of the countries she needs a deal with, has a new populist government demanding an overhaul of the EU’s so-called Dublin rules. These oblige member states to process asylum-seekers that first enter the EU across its borders. They place a heavy burden on Italy, Greece, and Spain.

Rome is pushing to scrap the Dublin regulation and create offshore migrant screening centers in Africa. But, as the EU Commission has noted, no African country has come forward to host such “regional disembarkation centers,” as they’re being called. French President Emmanuel Macron, who earlier agreed to take back from Germany asylum-seekers already registered in France, criticized member states who benefit from EU solidarity yet “voice massive national selfishness when it comes to migrant issues.” New Spanish Prime Minister Pedro Sanchez agreed there is still much work to do, but that a clear, common understanding is emerging of a need for a European vision to deal with the challenge.

Not everyone is that optimistic. Italy’s Deputy Prime Minister Luigi Di Maio attacked Paris for “pushing back people” over their shared border and warned on Facebook that France could be “Italy’s No. 1 enemy on this emergency.” In Brussels, Italy’s partners remain unsure about who speaks for the new government in Rome: Di Maio, Prime Minister Giuseppe Conte, or Interior Minister Matteo Salvini of the far-right League.

In addition, Berlin officials close to Merkel—aware that they are on the back foot—are alert for horse-trading approaches from countries like Italy and Greece, on banking and sovereign debt respectively, that would be political dynamite back in Germany.

Other EU countries are clearly less interested in extracting favors from Merkel. They sense a golden opportunity to weaken or even topple the German leader. Since 2015, Poland, Hungary, and the Czech Republic have refused to accept mandatory quotas to redistribute accepted asylum-seekers across the bloc. They stayed away from the weekend gathering, with Polish Prime Minister Matteusz Morawiecki speaking for all them in dismissing “warmed-up” quota proposals “we’ve already rejected.”

Shuttling between the various camps is a relatively new leader on the European stage: Austrian Chancellor Sebastian Kurz (see also our Close-Up in this issue). From July 1, Merkel’s day of reckoning, the head of Vienna’s anti-immigration populist coalition is also the head of the EU’s rotating presidency.

As foreign minister in 2015, Kurz faced down Merkel by closing the so-called Balkan route without consulting Berlin. He then told the German tabloid Bild that it was “good and necessary” that she, “like most in Europe, changed her migration path massively.” The Austrian leader, who leads a coalition government with the far-right Freedom Party (FPÖ), is pushing for ironclad border controls around Europe. Crisscrossing Europe in recent days, he has picked up an impressive list of like-minded allies.

Top of the class is Bavarian state premier Markus Söder, reportedly the driving force behind the CSU push against Merkel. But for all their concern over asylum ahead of October’s state election, three quarters of Bavarians told the Forsa polling agency that they see other pressing problems that are “just as or even more important” than migration. And more than two thirds of Bavarians—68 percent—actually back Angela Merkel’s efforts to seek agreement at EU level over following a CSU national strategy.

Still, as the clock ticks down for Angela Merkel, even breaking the refugee deadlock is not certain to save her. Her Bavarian frenemies insist they will have the last word on whether any new EU measures obviate the need for national measures. They need credible proposals to rescue their looming election and save face in Berlin.

Offering them a way out of the political corner they have painted themselves into in Bavaria, and avoiding political tremors in Germany and across Europe, will require a soft, but firm diplomatic touch in Berlin—now more than ever.