Germany’s debt brake provides neither enough flexibility nor stability, and it is already being stealthily circumvented. It needs to be reformed—for the sake of Germany as well as Europe. 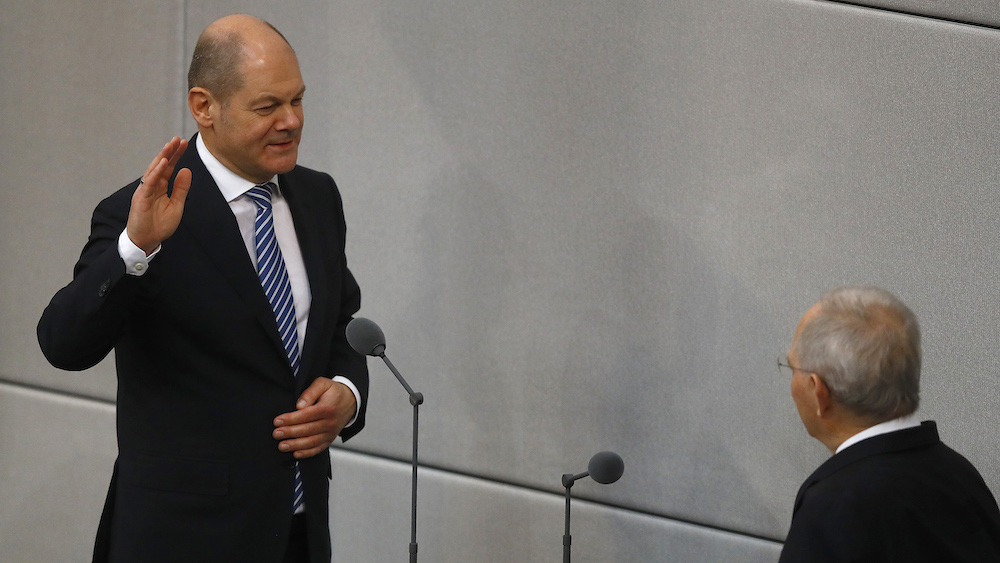 Given the economic environment and prevailing uncertainty, there is a growing debate in Europe and in Germany about fiscal rules, or more precisely: the insistence on balanced budgets and avoiding debt.

Given the economic environment and prevailing uncertainty, there is a growing debate in Europe and in Germany about fiscal rules, or more precisely: the insistence on balanced budgets and avoiding debt.

The European Fiscal Board, an independent advisory board of the Commission, for example, has made a number of recommendations to European finance ministers for reforming the Stability and Growth Pact and promoting investment. However, these recommendations have fallen on deaf ears, mostly because Germany both in Europe and at home refuses to have this sensitive discussion, and because many prefer the constructive ambiguity of the current framework. There is therefore a strange alliance of all parties who either support or disagree with the rules in principle, but who both coalesce as a matter of fact on their “flexible” application because they share the fear that reform could make things worse.

But this ambiguously constructive compromise is at odds with the legal and political weight that these rules have carried in Germany since the 2009 constitutional reform that elevated the Schuldenbremse (“debt brake”) into the German constitution. And it deters policymakers from considering ways to amend the rules in order to make them more suited to the challenges of our times.

Indeed, a modern and effective fiscal rule should achieve, at the very least, the four following objectives:

First, while it should foster the stability and sustainability of public finances, it should allow sufficient stabilization during downturns and recognize that this may require discretionary expansion over and above the simple use of automatic stabilization.

Second, it should be robust enough to meet the investment needs that are required to achieve energy and climate transition. Indeed, fiscal sustainability cannot take precedence over environmental sustainability. There is not much sense in having low debt for the future if there is no future on the planet to start with.

Third, in a federal (or quasi-federal) system, it should allow for sufficient allocation and transfers between different parts of the federation so as to ensure its economic and political integration.

Fourth, it should be transparent and democratic so as to guarantee appropriate parliamentary checks and balances on the fiscal policy of the government, both at the federal and state level. In other words, in the case of Germany, the budgetary rights of the Bundestag constitute an eternal clause in the constitution and therefore take precedence over abiding by the fiscal rules.

The reality is that Germany’s Schuldenbremse performs very poorly against these four sensible objectives. Limiting the maximum structural deficit to no more than 0.35 percent of GDP only works in a world of great moderation where economic cycles are small and automatic stabilizers are sufficient to counteract a slowing economy. In the real world, where trade and currency wars, financial crises, and technological disruptions can create large swings in economic activity, a more active fiscal policy is required.

In today’s world, where Germany needs to prepare for a profound transition of its economic model, these rules are potentially preventing the country from undertaking the appropriate fiscal and economic policy.

The Schuldenbremse also treats all fiscal expenditure the same and as such is blind to public investment needs in general and in particular to the immense investments required to achieve the necessary energy transition. For example, the cost of moving away from coal alone is estimated to be in the range of €40 billion by 2038. But when the German government put together its “climate package” in September, it showed no sign of reconsidering either its political commitment to a balanced budget or the debt rule.

It is shocking that politicians would choose the appearance of fiscal sustainability over the very possibility of sustainable life on earth. At a minimum, fiscal policy should introduce a golden rule to protect public sector investments and, even more importantly, a green rule to ensure that climate mitigation and energy transition policies never get abandoned for an elusive debt reduction objective.

What is more, it is striking that in Germany fiscal rules are not only applicable to the federal government in Berlin, but also to the 16 federal states (the laender). Indeed, the Schuldenbremse was as much a reform of German federalism―with the explicit objective of centralizing more economic and political powers in the hands of the federal government―as it was a fiscal rule. One motivation for the centralization was to reduce the transfers from the federal government to the states. But more fundamentally, centralization was an effort to reduce the tensions between “rich” and “poor” states regarding transfers. The illusion persist that each state could stand on its own feet provided it kept its house in order.

This illusion ignores the fundamental workings of economic agglomeration: without transfers economic regions will diverge, provoking political disruption. Indeed, the very foundation of Germany’s unity is the solidarity between its more dynamic and less advanced regions. A federation that attempts to operate in violation of this fundamental solidarity principle is doomed to fail. This is the central reason why the Schuldenbremse in its current form will have to go.

In fact, lawmakers have already started discretely rewriting the Schuldenbremse, for example with the Constitutional reform of 2017 which (i) basically renewed the Laenderfinanzausgleich by allowing transfers (potentially permanent) to Saarland, Bremen, and Berlin implicitly acknowledging that they won’t be capable of meeting the balanced balance budget rule in 2020 and thereafter; (ii) extending the outsourcing of autobahn and other infrastructure (from 2020 onward the domain of the government in Berlin) to public-private partnerships so as to optically limit the debt of the federal government and the laender. Another example of such a work-around would be Economy Minister Peter Altmaier’s proposal to set up a Citizens’ Climate Foundation to finance green initiative without breaking federal debt rules. Each of these amount to stealthily undermining the “debt break” rules rather than opening a debate about its reform.

Time for an Honest Debate

This is not the economic and political debate that the German and indeed the European public deserves. The current approach of preaching the status quo and reforming by stealth risks obfuscating much-needed changes in economic policy and obscuring an essential aspect of it from oversight by the Bundestag. This is endangering both Germany’s prosperity and democracy.

Living the “debt brake” lie is also holding back a critical debate about fiscal rules and governance in the eurozone. Indeed, so long as a proper discussion about fiscal federalism in Germany is lacking, we are unlikely to have an informed debate about fiscal union in Europe. If Germany cannot accept the principles of stabilization and transfers inside its own federation, it won’t accept them in the European monetary union. For Europe to go forward, this has to change.