The October EU summit was supposed to be the last chance for a Brexit deal—until it wasn’t. But while talks continue, the final deadline hasn’t changed. 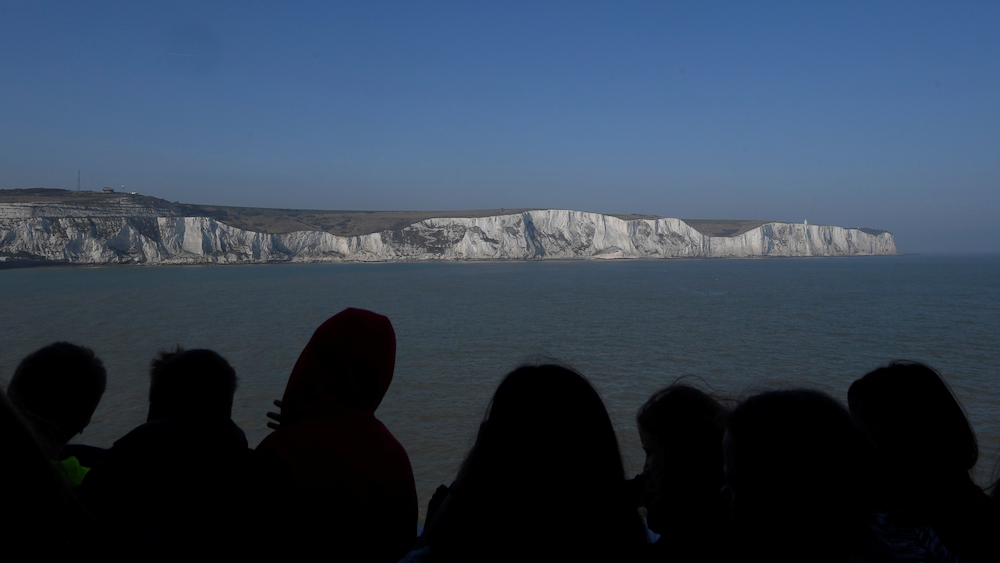 Theresa May had one mission at the European Council summit in Brussels this week—convince the 27 other EU leaders that there is utility in continuing Brexit negotiations.

In the end, her counterparts gave the nod to allow talks to continue. But it is unclear whether any of them actually think a deal will be possible.

Last-ditch talks between EU and UK negotiators had collapsed rather spectacularly on Sunday, and it was clear there would be no deal on the table when EU leaders converged in Brussels three days later. Michel Barnier, the EU’s chief negotiator, was said to have given up hope that any deal would be possible, given May’s impossible political situation at home.

The leaders of the 27 other EU countries were getting restless. The word coming from national capitals at the start of the week was that it was time to start serious preparations for a no-deal Brexit. There are only five months left before the UK must, under the terms of the Article 50 process London launched a year and half ago, leave the EU. If the UK has not secured a deal by then on what that exit will look like, it will crash out of the EU with no legal arrangements for cross-border commerce and travel.

The predictions for such a scenario are dire. Brits living in the rest of Europe would no longer have legal status. Airplanes would be unable to take off from British airports. Goods would be stopped at the border. Economists though the prospect of this scenario would be so horrifying that it would force the two sides to come to an agreement.

However, with the deadline approaching, it has become clear that what the UK is insisting on is not deliverable. Under Theresa May’s “Chequers plan,” the UK wants to continue to have access to certain parts of the EU’s single market without being part of the bloc.

Then there is the Irish border issue. The EU, as the guarantor between the Good Friday Agreement which is keeping the peace in Northern Ireland, is insisting that there can be no hard border on the island of Ireland separating the Republic from the north. But May is insisting that the UK must leave the EU customs union, which means a border would be required.

It is hoped that a deal can be reached in the future—potentially several years in the future—to create a free trade deal that would alleviate the need for a border. But that isn’t possible in the short term. So the EU is insisting on a ‘backstop’ in the mean time, which would keep just Northern Ireland in the customs union, but not the rest of the UK.

Such an arrangement would move the hard border from the island of Ireland to the Irish Sea, something the DUP, the Northern Irish unionist party May’s government has relied on since her disastrous decision to call a snap election last year, refuses to accept. They cannot support anything that would separate Northern Ireland from the rest of the union.

The other EU leaders have done the math—no potential deal seems to be politically possible for May.

“We’re all politicians and we all understand Theresa May had to get any deal through Westminster, we’re aware of the state of British politics at the moment,” Irish Taoiseach Leo Varadkar said after this week’s summit. “But we have to bear in mind the other side of that equation—any agreement has to be approved by the European Parliament. And they won’t approve any deal that undermines the single market and doesn’t give Ireland what we need in terms of a backstop.”

The UK and EU have already agreed that if an exit deal is agreed, there will be a “transition period” for two years after the March 29 exit day, to give the two sides time to reach a future free trade deal. During this time, all EU law will continue to apply, and the UK will keep paying into the budget. In other words, nothing will change except the UK will lose its right to vote on EU legislation.

The border issue, therefore, would be postponed until 2021. But the Irish are worried about what will happen then, so they want a guarantee that if no free trade deal that keeps the border open has been agreed by 2021, Northern Ireland will join the EU customs union while the rest of the UK leaves.

At this week’s summit, Theresa May tried to placate these concerns by proposing that the transition period could be one year longer. Surely a free trade deal can be agreed by that time, she insisted.

EU leaders aren’t so sure. “It took us seven years to negotiate a free trade deal with Canada,” Varadkar said. He says May’s offer is not enough for the EU to give up its insistence on the backstop, and he was backed up by his 26 counterparts.

And so everyone left this summit unsure of what comes next. European leaders had originally floated the idea of holding an extraordinary Brexit summit in November, in case no agreement could be reached this week. But the EU 27 didn’t see any point in scheduling such a summit when there is little prospect of an agreement.

Negotiations will continue, and if a deal is reached, all 28 leaders may be called to Brussels on short notice to sign it. It needs to be done as quickly as possible, because it would need to be ratified by the various governments and legislatures before 29 March.

Nobody would say when leaving this week’s summit when the ‘hard’ deadline is for agreement. But the consensus is that if no deal has been found by the time of the next summit in mid-December, there is no prospect for a deal.

Few leaders would say it explicitly, but it is now clear that the EU national governments will from this moment start preparations for a no-deal scenario. “Each and every one ought to prepare for a no-deal scenario,” German Chancellor Angela Merkel told journalists after the summit. “But we didn’t want to discuss this in detail yesterday, because we didn’t want to give the impression that we were dealing with this primarily”.

It may take a miracle now to steer Europe away from the cliff edge of a no-deal Brexit. But this process has certainly had such unpredictable developments in the past.