The Treaty on Intermediate-Range Nuclear Forces has helped protect American and European security for 30 years. President Trump’s decision to ditch it was rash. Russia is in the stronger position. 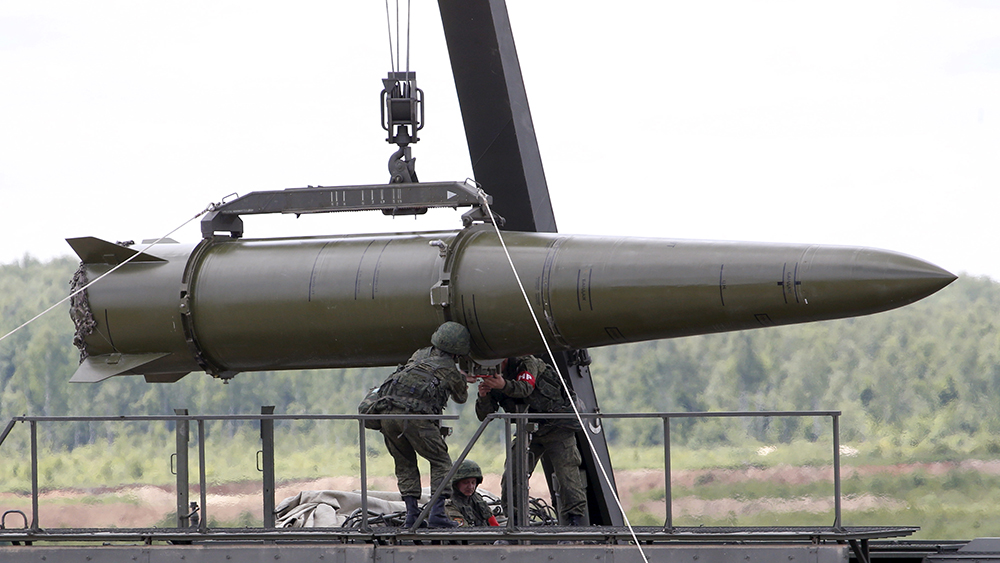 When Ronald Reagan and Mikhail Gorbachev signed the Intermediate-Range Nuclear Forces (INF) Treaty in 1987, it banned all American and Soviet (and later Russian) land-based ballistic and cruise missiles with ranges between 500 and 5,500 kilometers, and resulted in the destruction of nearly 2,700 missiles.

In 2014, the United States charged that Russia had violated the INF Treaty by testing a ground-launched intermediate-range cruise missile (later identified as the 9M729, also called Iskander), and in 2017, US officials said that Russia had actually deployed the 9M729. Russian officials deny that charge and assert that it’s the US that is not in compliance.

If we take the US accusation to be true—that Russia has been violating the INF Treaty for many years—then it is indeed logical that Washington withdraws from the treaty or suspends its obligations. The US cannot be expected to remain in the treaty forever if Russia does not correct its violation. However, the timing and manner of President Trump’s decision—announced at a campaign rally in the western state of Nevada—amounts to a major blunder.

A Series of Missteps

First, his announcement was immediately divisive among NATO allies. Senior officials in Paris, Berlin, Rome, and other European capitals have expressed regret and even strong criticism. Amazingly, Washington apparently did not consult with allies about the decision before Trump’s announcement. That stands in stark contrast to when the treaty was negotiated and US officials consulted frequently with NATO allies, aware of the agreement’s impact on member states’ security: Russian intermediate-range missiles can strike targets in Europe (and Asia), but they cannot reach the US. While the treaty was global in scope, it focused on enhancing European security. NATO foreign ministers backed the US position at their December 4 meeting, but there is no agreement yet on how NATO should respond.

Second, by the time that Trump made his announcement, the White House had provided little substance publicly to back up its charge that the 9M729 missile violates the treaty. Director of National Intelligence Dan Coats provided more detail on November 30, but the Russians continue to deny the charge and assert that the US has overstepped the treaty rules. This looks like it will degenerate into a war of words between Washington and Moscow. US withdrawal from the treaty will also ensure that it gets most of the blame for the treaty’s demise.

Third, once the treaty’s limits are abandoned, the Russian military will no longer have to pretend that it is observing those limits. It will be free to deploy the Iskander as well as other intermediate-range missiles. The US military currently has no land-based counterpart. As a result, an arms race in intermediate-range missiles may begin in Europe, but it will be one-sided: only Russia will be racing.

The United States ends up the loser on all three counts. And European security loses out as well.

The Trump administration could have taken other measures that would have had a greater chance of changing the Kremlin’s policy. As part of a strategy to bring Russia back into compliance in December 2017, US officials said that the Pentagon would begin research and development on a ground-launched intermediate-range missile. But that was hardly cause for concern in the Kremlin.

Actually fielding a new missile would take a number of years. Moreover, Russian officials likely calculated that NATO would not find consensus to deploy a new US missile in Europe—and they undoubtedly would be right. An intermediate-range missile based in the US would not bother Moscow much, since it could not reach Russia.

What else could Washington have done? The US military could have increased the number of conventionally-armed air- and sea-launched cruise missiles deployed in the European region. That could have been done quickly, it would have been compliant with US treaty obligations, and most importantly, it would have caught the attention of the Russian military.

Moreover, Washington could have sought to raise political pressure on Moscow. US officials could have consulted with allies and urged them to crank up the political heat on the Kremlin, including at the highest level: Vladimir Putin would have received an earful from Chancellor Angela Merkel, President Emmanuel Macron, and other European leaders who want to keep the treaty and don’t like being targeted by new Russian missiles.

True, these steps might not have been enough to persuade Moscow to alter its course, but even if they did not succeed in bringing it back into compliance, Washington would have at least prepared the ground for withdrawal.

For Trump, the end to the INF treaty means his country can deploy land-based intermediate-range missiles to counter China, which has hundreds of those kinds of missiles.
But the US military has to build the missiles first, and that will take time and cost billions of dollars from the Pentagon’s already severely stressed budget. And it makes little sense to build the missiles if they cannot be deployed within range of Chinese targets. But which Asian ally will agree to have new US missiles based on its territory and within range of China?

It’s doubtful Japan would: Tokyo has shown no enthusiasm for hosting US missiles that could strike China (or Russia), and even if the Japanese central government agreed, local governments could prove problematic.

South Korea would also prove to be a struggle. The decision to host a US missile defense system there in 2017 triggered huge domestic controversy; the prospect of a US surface-to-surface missile threatening China would be highly problematic, to say the least.

With no ally near to China that is ready to put out the welcome mat for new US missiles, the fallback option will be Guam, a small American territory already stuffed with US military hardware. This, however, means there will be no early solution to the hosting issue. The fastest way the US could develop a ground-based intermediate-range missile would be to take Tomahawk sea-launched cruise missiles and modify them to be deployed on land-based launchers. But Guam lies 3,000 kilometers from the Chinese coast, and the Tomahawk has a range of just 2,500 kilometers.

It is problems like this—where to put a ground-launched intermediate-range missile—that make the Asian “bonus” of ending the INF Treaty illusory. That is why senior US military leaders have consistently said that they will counter Chinese ground-launched missiles with air- and sea-based weapons.

This Time, It’s Not Gorbachev

Regardless of the challenges, some have posited the theory that a renewed arms race would give the US a significant lever to bring Russia to its knees, economically speaking—that did, after all, work for Reagan.

But while the US economy and defense budget could afford to run an arms race in the 1980s, that may not be so easy today. Washington’s budget deficit is alarmingly high. Trump has already told the Department of Defense that its budget will be slashed next year, and they will have a difficult time finding money to fund existing Pentagon priorities.

It’s also important to remember that Reagan dealt with Gorbachev, who recognized that the Soviet Union could not run an arms race and also meet the needs of its people. Trump, on the other hand, must deal with Putin, whose outlook is vastly different. The Russian leader is prepared, if necessary, to engage in an arms race. He appears to believe that stockpiling nuclear weapons is a good thing, and seems more than willing to sacrifice the Russian people’s well-being if necessary.

An arms race is a recipe for more nuclear weapons. That would make no contribution to European or global security, and it would make for poorer economies.