Since 1989, the West has become stuck in the “politics of eternity,” failing to think either about the past or the future, argues historian TIMOTHY SNYDER in an interview. It’s high time this changed. 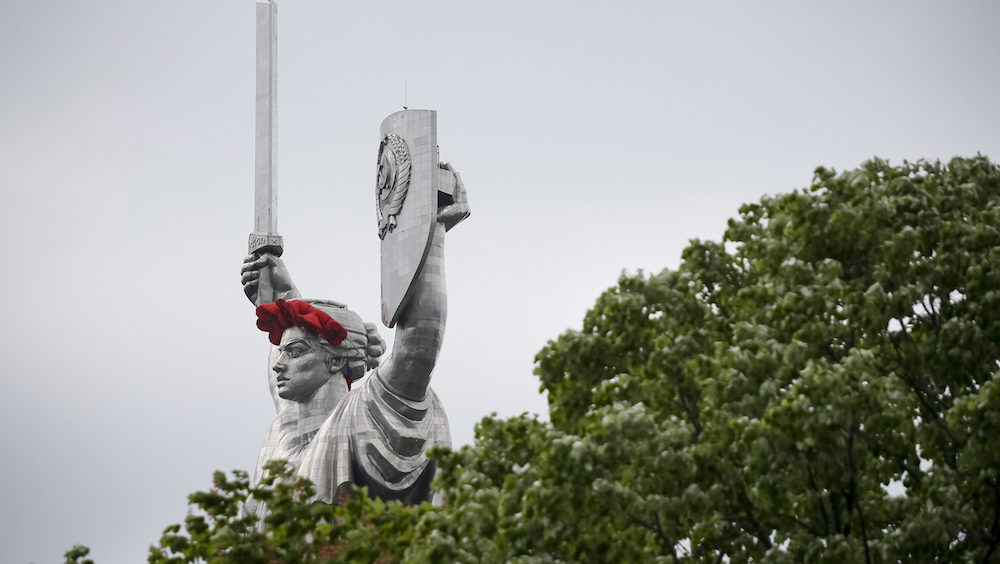 Is this the end of the West as we know it? It might be. But it’s up to us. Over the last 25 years or so, we have contributed to the Western decline because we have failed to actually think about history. It sounds banal and trivial, but it’s true: without history, you don’t have a future. So if there’s going to be a future of something called “the West,” there has to be a past of the West, and people who live in this thing have to be able to have conversations with one another that make sense about the past, present, and future of the West.

What we have done instead—turned away from history? Exactly. We have gotten ourselves focused on a kind of eternal present. And that has opened the way for politicians from the populist right to provide us with untenable pasts, which in turn makes it even harder to think about the future. And we have made some rather devastating mistakes. The European Union is still the largest economy in the world. The EU is also the most important zone of contiguous democracies in the world. And maybe most importantly, the EU is the only institution that has tried to come to grips with what I see as the real problems of the 21st century, namely monopolization, off-shore tax refuges, digital privacy, global warming. These are things that actually matter and that are addressed, if imperfectly, by the EU.

Still, Western democracy looks threatened by the rise of authoritarianism. How big are your concerns? I think it’s very important to avoid a dichotomy where we say: “Well, there was democracy, but now there is going to be authoritarianism.” We shouldn’t talk about red lines or moments beyond which there is no hope. There’s always hope! And above all, we shouldn’t spend all of our time in the position of the spectator, of the observer—as if we were the referees, and democracy some kind of football match. We’re not referees, we are all participants. Democracy depends upon people wanting to rule. And all politics depends on a notion of time. What we have done since 1989 is that we have endured something like the “politics of inevitability.” We’ve said: “We don’t need a history because we know how things are going to go. We know that capitalism brings democracy.”

So the “politics of eternity” prevent people from thinking about the actual problems that face us? Yes. They prevent people from realizing that we can actually deal with the problems that face us. And to substitute them by threats—eternal threats, the threat of the migrant, the sexual threat, etc.; think of the “Lisa case” in Germany where Russia is trying to instruct Germans that what they really should be worrying about are Islamic rapists. So eternal threats, the threat of the other, the threat of violence, these things are substitutes for actual politics. That’s the politics of eternity, a term that helps when we’re trying to describe the current movement of authoritarianism so that we can see how it’s similar and how it’s different from other moments. Because it does have something to do with fascism, it does have something to do with the 1920s and 1930s. But it also is a creature of our moment, it’s creature of the Internet. In fact, the Internet is forcing us to live in a kind of eternal now.

Is the EU, and Germany in particular, doing enough to counter Russian attempts to undermine Western democracy and values? No. Germans, especially SPD voters I think, find it very convenient to think of Russia as the main victim in World War II and then to say that German policy toward Russia must therefore be gentle or generous. Whereas in fact the Ukrainians and the Belarusians suffered much more than the Russians did. That World War II was chiefly a colonial war to conquer Ukraine is almost totally absent from German memory. And of course the Russian foreign policy actively plays on this trying to instruct Germans that the Ukrainians were and are the bad guys.

So Germans overlook some of the victims because it’s politically convenient to do so? Exactly, and that brings me to the future. One example of Germany preserving and protecting the politics of eternity is Nord Stream 2. There is no argument for Nord Stream 2 except that it makes it easier for the current hydrocarbon oligarchy in Russia to function. It has no other purpose. And a hydrocarbon oligarchy is something that, one would think, people especially on the left would be suspicious of because concerns about climate and inequality would be high on your agenda.
More fundamentally, the politics of eternity are produced not so much by countries, but by situations. It is not the case that Russia is the source of all evil or that Russians are different than anyone else. It is rather that because Russia is an oligarchy with very little social mobility, it is very good at producing politics without a future. And because Russia is one of the very few countries that thinks it will profit from global warming and whose regime depends entirely on fossil fuels.
What Germany is doing with Nord Stream 2 is propping up a Russia that produces politics of eternity and tries to spread them around. So, with all due respect to Chancellor Angela Merkel and the current German government, which says very sensible things about Russia and Ukraine—these are the deep problems which prevent Germany from actually standing out.

This has a lot to do with emotions. Yes. And this is something Russia has been very good at understanding and exploiting. It’s the reason that Donald Trump is the president of the United States, actually. He was elected on a wave of emotion, and a lot of that emotion, of course, had its own purely American origins–economic inequality, the opiod crises, questions of race. But what was new was that Russian foreign policy was able to exploit those emotions and increase them. It helped Americans to vote in a certain way or not to vote in another way. I think that is new, and I think the Russians have understood that very well. They have a strong incentive to try to figure out how to be ahead in this new world of subjective or emotional power. And that allows them to score some victories: German public opinion about Ukraine, for example, or Brexit if it happens.

Returning to the future of the West: The disconnect between Germany and the United States seems to be increasing. For Donald Trump, Germany is no longer a partner but an adversary or even a foe. How should Berlin deal with this? Let’s look at this in a slightly different way. After World War II, when the United States engaged with West Germany, the thought was not necessarily that German leadership was so wonderful. The thought was that everyone has an interest in a transatlantic economic and political relationship. I would urge Germans to look at the US now a bit in the same way. Obviously, the current administration is a total disaster, and obviously, the US president says things about German and other democratic leaders that are hurtful, that are offensive, and that are counter-productive.
But it’s very important for German foreign policy to make sure that it keeps up connections. The danger in Europe is always to say that the election of Trump proves that America is a certain way. But America is a universe, America is huge, America contains all kinds of opinions and all kinds of possibilities.

The interview was conducted by Martin Bialecki.