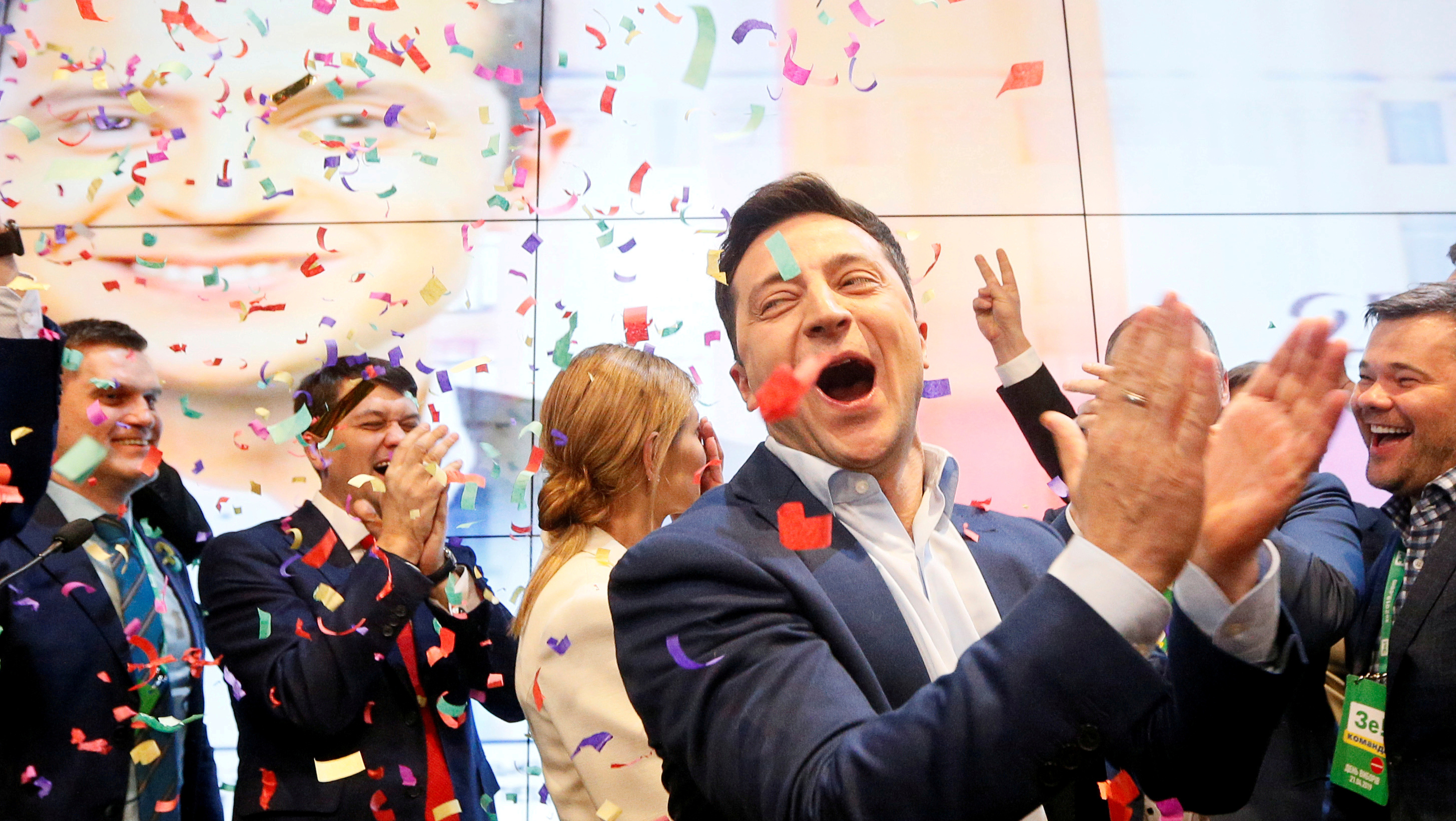 The presidential election in Ukraine was a collective act of punishment of corrupt elites and represented a clear demand for change. In one of the most vibrant and unpredictable electoral contests in Ukrainian history, the political newcomer and comedian, Volodymyr Zelenskiy, scored a resounding victory, receiving 73.2 percent of the votes. This unprecedented legitimacy means that the country’s citizens are now expecting their president-elect to act swiftly and bring about real change.

Zelenskiy and his team face enormous challenges beyond their experience, including the need to maintain a strong electoral power base for the parliamentary elections in the autumn; to stand firm against the Kremlin’s tests; to keep the EU engaged in unfolding developments in Ukraine; and, most importantly, to maintain the new momentum for change.

Fatigue and disillusionment with the pace of domestic reforms were the hallmark of this election. Ukrainians did not cast their ballots for but rather against the incumbent, President Petro Poroshenko, and indeed the entire Ukrainian political establishment. Now, Zelenskiy needs to define what role he wants to play in Ukrainian politics, so that he can harness this momentum wisely, both domestically and internationally.

Zelenskiy’s victory was the result of unifying the country around a positive narrative of Ukraine’s future. His portrayal of an honest teacher-turned-president in the popular TV series, The Servant of the People, which was first broadcast in 2015, became one of his main advantages in this electoral campaign. Integrity in politics is what all Ukrainians wish for, but the real political system has failed to achieve this in the upper echelons of power. Yet it remains vague exactly what Zelenskiy’s politics are.

Before the elections, he skillfully avoided content-related encounters such as media interviews or debates, and he limited his interactions with foreign institutions. He failed to outline key policies or agendas. This content vacuum played to his advantage and allowed voters to identify him with the fictional character he plays. Once he actually begins to govern, however, he will inevitably lose some support. His electorate is too diverse and harbors conflicting expectations about Zelenskiy’s presidency. How to maintain the current high voter support, particularly ahead of the parliamentary elections, is a key challenge for the new leader and his team.

As an outsider, Zelenskiy so far has no political base in parliament. Experts are concerned that the president-elect might call early elections to capitalize on his popularity, and ensure his party, which is also called The Servant of the People, becomes an important political force. The party currently ranks highest in opinion polls. According to a poll conducted by the Kyiv International Institute of Sociology in mid-April, it would win 26 percent among decided voters in parliamentary elections.

In the Ukrainian political system, the president is largely responsible for foreign policy and defense. He or she also names the Prosecutor General, the head of the security services, regional governors, and has decisive influence on the formal appointment of judges. Ukrainian foreign policy, however, is deeply intertwined with its domestic reform agenda. After the 2013–14 Euromaidan, Ukrainians clearly defined their foreign policy priority: European integration. This deep transformation into a consolidated European democracy requires a strong partnership between the president and the parliament. In this context, it is the parliamentary election that could ultimately determine the pace of reforms under Zelenskiy’s presidency.

One of the biggest challenges facing the new president is Russia’s reaction to the political change and its subsequent actions to further destabilize Ukraine. During the election campaign, there had been rumors that Zelenskiy could be the “Kremlin’s puppet,” something President Poroshenko attempted to exploit. However, the fact that Zelenskiy’s team recently issued a statement that Russia was “an aggressor state that is waging war against Ukraine,” has weakened the plausibility of these rumors. Furthermore, the Kremlin failed to take a clear stand on the electoral outcome or congratulate the president-elect, something which signals that Zelenskiy is as much of an uncertainty for Russia as he is for the rest of the international community.

When it comes to the war in Donbass, however, Zelenskiy’s inexperience is likely to play to Russia’s advantage. The Kremlin will not hesitate to test the new president, and try to raise doubts about his reliability as a commander-in-chief with both Ukrainians and the international community. Russian propaganda is likely to continue to portray Ukraine as a failed state and try to sow doubts among Western partners regarding the need to support Ukraine’s European aspirations.

The first serious test came just 24 hours after the election commission officially declared Zelenskiy the winner. President Vladimir Putin signed a decree simplifying the procedure to acquire Russian citizenship for the residents of Luhansk and Donetsk, the self-proclaimed separatist republics in eastern Ukraine. This in turn gives Russia the right to intervene in the defense of its citizens in case of alleged violations of their rights. This is a tactic that the Kremlin has used in other breakaway territories such as Transnistria and Crimea, which Russia annexed in 2014.

After Putin’s decree, President-elect Zelenskiy immediately called upon the international community to increase “diplomatic and sanctions pressure” on Russia. This in turn raises questions about the EU’s capacity to react promptly to the quickly unfolding developments in Ukraine.

Fighting for the EU’s Attention

The EU is currently consumed by multiple competing challenges, both internally and externally. It is preoccupied with Brexit and the upcoming elections to the European Parliament, as well as migration and the resumption of trade talks with the US. For Kiev, this means there is a danger that the EU and European governments may pay less attention to developments in Ukraine.

In the context of the ongoing conflict with Russia, the political novice Zelenskiy will have to quickly learn to build a strong rapport with the West, and fight to hold its attention. Many Western governments have already congratulated Zelenskiy on his victory and expressed continued support for Ukraine. But Zelenskiy needs to present himself as a credible and reliable partner, as President Poroshenko did, to gain the trust of European governments. It will be on his shoulders to maximize Ukraine’s chances of maintaining its place on the European agenda.

With his landslide victory, Zelenksiy has brought his nation together. Yet there are clear constraints to what he can achieve within his mandate as head of state. There are also clear constraints deriving from Russia’s clear determination to keep Ukraine within its orbit of influence. Zelenksiy’s freedom from political baggage and unexpected high legitimacy, however, may have created a new momentum domestically for Ukrainian society to rebuild trust in the Ukrainian state. It may equally dissipate hope that change is possible. It is up to Zelenskiy himself to decide whether he wants to attempt to be a strong domestic reformer or be just another figurehead playing the usual games of the oligarchs.