Home Eye on Europe The Master of Reinvention

Despite a shambolic handling of the coronavirus crisis, British Prime Minister Boris Johnson has largely maintained his popularity. This is mostly down to a combination of delivering on the promise of Brexit and abandoning austerity in a bid to tackle the economic impact of the pandemic. 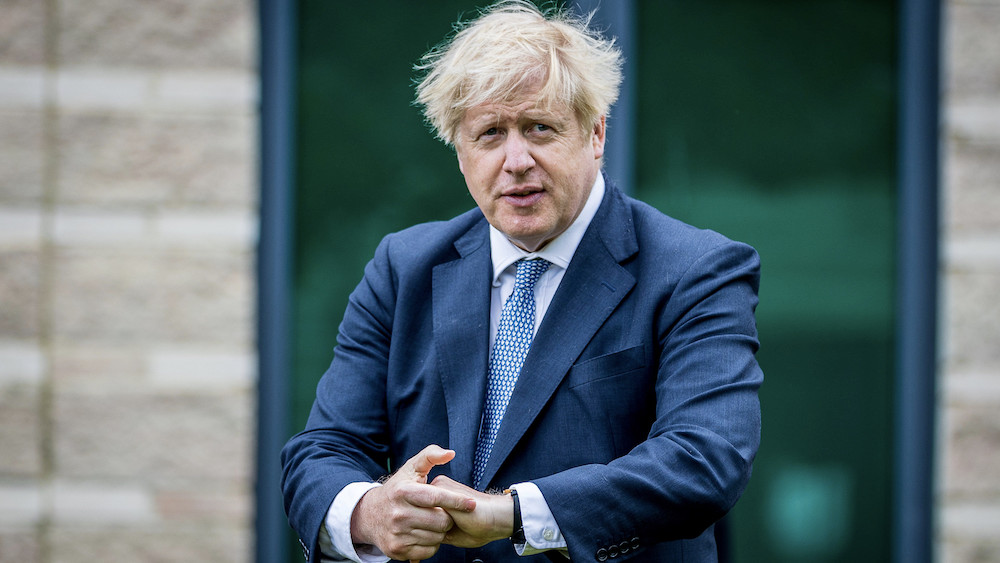 Can a leader be incompetent and lacking in ideas—while at the same time be convinced that he is a revolutionary? In the case of Boris Johnson, the answer seemingly is “yes.”

Britain’s prime minister, courtesy of Eton College and Oxford University, makes for an unlikely agitator against the Establishment. But this master of reinvention and marketing is determined to go down in history as one of the greats who will change his country – and the world. Like his lodestar, Winston Churchill, Johnson thinks he is battling to save his nation from the enemy.

It is, of course, all nonsense, a figment of his ever-fertile brain. But it matters because he believes it, and a worrying proportion of voters believe him too.

What therefore is the grand plan? Johnson doesn’t do detail—his chaotic handling of the coronavirus pandemic attests to that. But he does have a sharp eye for the popular (and populist) and has spent a career constructing a persona around that. He identified from early on, from the mid-late 1980s, the benefits he would accrue from euroskepticism. He then pursued it relentlessly. Many interlocutors attest to the fact that he didn’t actually believe it. But that wasn’t the point.

His entire identity has been artfully constructed—his shambolic appearance, his unfortunate turns of phrase, his ostentatious unpunctuality. It has allowed him to stand out from the crowd, to build a base. Like US President Donald Trump, he turned conventional wisdom on its head. Personality traits that mainstream members of public life regard as weaknesses, he saw as a strength. Like Trump, he has not trimmed these back since taking office, defying those who predicted that he would.

Like Trump, Johnson has not learnt gravitas in the face of the biggest global crisis for 75 years. He stumbles around, suggesting laws, changing his mind, blithely indifferent to the effect the shambolic leadership style is having on ordinary lives. What is remarkable, however, is how his opinion poll ratings have dropped only slightly—and in line with a normal first year in office for a leader.

He must therefore be doing something right. I scratch my head to see what exactly it is. But I will attempt to deconstruct the underpinnings of an agenda for the Johnson premiership.

First of all, he is good at hitting easily identifiable targets. He said he would “get Brexit done,” come what may, and unlike his predecessor, the dithering Theresa May, he did just that. He had no idea what would follow, but he deduced that decisiveness was, in voters’ minds, more important than content. Even as the negotiations floundered over the spring and summer, he declared that he would not delay the deadline for transition —deal or no deal—whatever the consequences.

COVID-19 may have diverted him from his post-Brexit reveries; it may have exposed his failings, but, bizarrely for a crisis as existential as this one, it has also allowed him to luxuriate in his customary optimism—and to invite the Great British Public to do the same. How so? As with other countries, the economic exigencies have required the Treasury to throw the rule book into the bin. He can now throw money around with abandon, giving expression to his preferences and his prejudices. It did not go unnoticed around the world that pubs in Britain opened earlier than schools.

Like the British children’s television character, Bob the Builder, he has allowed himself to be termed Boris the Builder. “Build, build, build” was the slogan pinned to the lectern when he gave a speech in the English Midlands recently. Not content with being compared to Churchill, Johnson now likens himself to Franklin D. Roosevelt. Promising a “New Deal” to “rebuild Britain,” and blaming his predecessors for Britain’s woes, he vowed to use the coronavirus crisis “to tackle this country’s great unresolved challenges of the last three decades.” He continued: “To build the homes, to fix the National Health Service, to tackle the skills crisis, to mend the indefensible gap in opportunity and productivity and connectivity between the regions of the UK. To unite and level up.”

Much of the money will be spent in the North of England, which he is right to say has been starved of investment for decades. Johnson recognizes that many people in poorer, non-metropolitan parts of the country, the so-called “Red Wall” of traditional Labour voters, enabled his big majority in December’s general election by “lending” him their support. They did so because of Brexit, antipathy towards the then Labour leader, Jeremy Corbyn—and his promises to “level up” the country. At the same time, Johnson’s people believe that they can keep a portion of the younger, more environmentalist, voters on side by pushing ahead with a green agenda. This could include incentives towards jobs and projects that help meet or even accelerate the country’s net zero carbon targets.

The Chancellor of the Exchequer Rishi Sunak—the only member of the cabinet to have emerged from coronavirus crisis with his standing enhanced—will announce a National Infrastructure Strategy as part of his budget in October. By then, unemployment in the UK will have soared as the well-received salary deferral scheme comes to a close. And most likely a second wave of the pandemic will have led to either a second national lockdown or more selected local ones. The atmosphere will be one of frustration and anxiety.

Longer term, Johnson faces two interlinked dilemmas. With the UK having spent the best part of a decade under David Cameron paying down the deficit, he will have accrued one that dwarfs all previous challenges. Public opinion and economic thinking have long since moved away from ultra-austerity, but this current government will, within a few years, have to start addressing the problem. If Johnson refuses to cut spending, he will have to raise taxes. Which brings me to his underlying philosophical dilemma—if that isn’t too fancy a term to give it. How does he reconcile the dreams of many Brexiteer ideologues of creating a low-tax, low-regulation Singapore on the Thames, with his high-spending, earthy, nostalgic view of Britain? Could he create both? Could he have his cake and eat it. It is highly unlikely, but not impossible. He will try.

He has a certain amount of wriggle room. The Conservatives’ standing on the economy remains considerably above that of Labour, a traditional advantage they have almost always enjoyed over the years. Yet the steely and forensic approach of the still-new Leader of the Opposition, Keir Starmer, is beginning to unnerve Downing Street.

Even if Johnson’s ratings for economic competence begin to suffer, he has something else to fall back on. Again, in a mirror of Trump, he plays the culture war whenever he feels he is having a bad week.

His agitator-in-chief, Dominic Cummings, having ignored the condemnation of his breaking lockdown rules and driving 400 kilometers from London to his parents’ home in the city of Durham, is back at his voracious best (or worst). Johnson’s right hand man loves to be noticed. This Rasputin-meets-Richelieu is even creating a new fashion, of dress-down tracksuit with shepherd’s walking stick. His call at the start of 2020 for “misfits and weirdos” to apply to work with the new government attracted the attention that was no doubt intended.

Cummings likes to identify enemies and then remove them. He has already got rid of the government’s most senior civil servant, the Cabinet Secretary, and his equivalent in the Foreign Office. He wants wholesale reform of Whitehall and has also set his sights on the defense sector and the intelligence agencies. The assault on the BBC is incessant.

The plans have two aims. One is to create greater efficiency, which is to be applauded. Many a prime minister, not least Tony Blair, lamented the bureaucracy’s ability to stop fresh thinking. Alongside this is a more pervasive idea to create an English Exceptionalism 2.0. This borrows from nostalgic notions of an island nation, freed from the shackles of unprincipled Europeans, a nation of true-born and free Englishmen where liberties are uppermost. Foreign Secretary Dominic Raab has recently taken to attacking Russia and China for their human rights records, gliding over the fact that a parliamentary report into Russian influence, which Johnson refused to publish for nearly a year, revealed the extent to which the government deliberately failed to investigate Kremlin involvement in the Brexit referendum or the 2019 election.

Just as COVID-19 has turned all governments’ plans on their heads, so other events will also intervene. Two are easy to predict. Scottish parliamentary elections in May 2021 could produce a further uptick in support for the Scottish National Party. That will encourage Nicola Sturgeon to push hard for a second independence referendum. Johnson will seek to refuse it, leading to an epic struggle.

The single most important event will be the US presidential elections. If Trump wins (God forbid), Johnson’s role as the president’s best buddy will be enhanced. A trade deal with the US will be easier to negotiate (albeit more on the Americans’ terms). Yet it will cement a US-UK relationship that will be seen by much of the world as dangerously toxic. If Biden prevails, Johnson will have lost his prop. He will have to operate in a world that may, just may, be returning to the mainstream. How would he operate then? Would he be capable of another reincarnation? Such is his hubris, he would certainly try, suggesting all along that he was never the nationalist-populist that he was so “unfairly” accused of being.

John Kampfner’s new book Why the Germans Do It Better (Altantic Books) is out now.