Russia’s president has played a weak hand quite cleverly on the global stage, says Russia expert Angela Stent. Change will only come after Vladimir Putin’s departure. 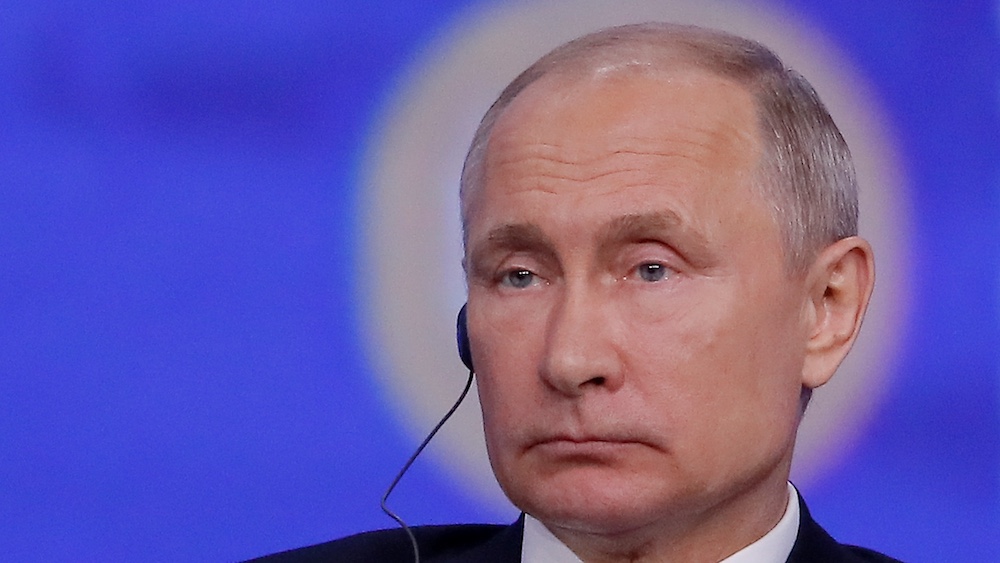 Vladimir Putin’s Russia–or Putin himself–has often been described as hard to read, enigmatic, or even misunderstood in the West. Do you agree? Well, I’m asking the question: how was Putin’s Russia with a per capita GDP less than that of Italy, with a declining population, a crumbly infrastructure, a heavy reliance on oil and gas exports able to reposition itself as a global player? And my conclusion is that Putin definitely had a plan given his background and given his view on the collapse of the Soviet Union. He certainly believes that Russia is a great power and wants to restore it as such. But I also think he has been very adept at taking advantage of opportunities that were offered to him by a West that didn’t have a plan. He’s been in power for 19 years now and he has seen lots of Western leaders come and go, and what he was doing is having Russia in many ways act as a disruptor, go into areas where the United States or Europe is trying to accomplish something. So, I don’t think he is misunderstood but I think we aren’t very good at anticipating what his next move is.

The Russian side always insists that there’s nothing untoward in what Putin is doing and pleads ignorance as to why the West is so antagonistic. I think that’s disingenuous. I mean why would they think the West wasn’t upset about the fact that they annexed Crimea and started a war in south eastern Ukraine. Did they really think that the West wouldn’t respond negatively to that?

Is the annexation of Crimea in 2014 an example where long-term planning and short-term action came together? I think it’s not that they didn’t have plans to do such a thing, but it was clearly triggered when Ukrainian President Viktor Yanukovych fled. This was the moment for them to strike. It’s probably true that the worst fear that they might have had is that Ukraine would terminate an agreement to have a Russian naval base on Crimea and that possibly you would have seen NATO ships in Sevastopol—highly unlikely, but I think that they thought that that was the moment to strike.

Once the Kremlin started the war in south eastern Ukraine, there were fears that the ambitions were even greater—a “Novorossiya” was being built all the way to Crimea to have a land connection. They tried the Novorossiya and it didn’t work. I think maybe they misunderstood the reaction in Ukraine to what they were doing and even though obviously you have support for separatism in those regions it doesn’t extend much beyond that. And I think you could make the argument that the Western reaction, the sanctions, acted also as a deterrent. Now you see what the Russians have done in the Sea of Azov, so they’re trying to deny the Ukrainians access to that body of water from which a lot of Ukrainian exports leave. We don’t know what they are going to do in the Black Sea, but it looks like they are encroaching on some of this area and then ever so often people think that they will still move on Mariupol or maybe Odessa. But the situation is more or less frozen because nothing is getting resolved.

Russia went as far as inferring in the US presidential election. Did they overreach? I think that what they probably didn’t anticipate was the American reaction to the knowledge of their interference. As a consequence of all these inquiries Russia has become such a toxic issue domestically that has made it really difficult for Donald Trump to do what he said he wanted to do which is to make a deal with Russia, have good relations with Russia, etc. He can’t do that and I think the publication of the Mueller report doesn’t change that because in the first volume it documents in great detail how the Russians went about it in the social media sphere, in the cyber sphere, interfering in the election. And so, going into the next US election, this is still going to be a major domestic topic, particularly for the Democrats. So, I think they didn’t anticipate that. But what they did was certainly help exaggerate the polarization that existed in the United States, and I think that was one of their goals. They didn’t really think at that point that Trump was going to get elected; they were as surprised as everyone else.

How successful would you say Putin’s foreign policy is overall? It’s certainly a mixed picture. One of the successes is, at least in the medium term, the relationship with China. It enabled Russia to continue doing what it does. The West obviously can’t isolate Russia—the Chinese signed a big gas deal with the Russians shortly after Crimea, and they backed the Russians up at least formally and publicly on everything. In the longer run, though—China is a rising power, and Russia isn’t. But at the moment you can say that Putin is still looking for other options both politically and economically. The other success is Russia’s return to the Middle East. Unlike in the Soviet times, nowadays it’s much more pragmatic. Russia is the only great power that talks to Iran, all of the Sunni states, and to Israel. The latter, along with Saudi Arabia, (both US allies!) hope that Moscow can use its influence to temper what the Iranians are doing in the region. I’m not sure that Russia can but it is seen as a neutral operator there. And obviously in Syria, it helped Bashar al-Assad to survive.

There also seems to be some ambition to return to Africa. Yes, and both economically and militarily. Russia is also playing a role in Venezuela, making it more difficult for Juan Guaidó to become the president. So, in all of those ways it has reappeared as a disruptor largely. But in Ukraine, for instance, this has been counterproductive. Yes, Russia is making it much more difficult for the Ukrainian government to function, but it helped really unite Ukrainians in a way that wasn’t possible before. This applies also to many other parts of the post-Soviet space. Even if you look at Belarus, the relationship with Minsk isn’t going as well as it was; and the Central Asian countries: yes, they all have strong ties, but they are wary, obviously, of what Russia might do, given what happened in Ukraine. Obviously, its relationship with the West significantly deteriorated, including with its main European partner, Germany.

What kind of future relationship do you foresee? As long as Merkel is in power, no big changes are to be expected. More and more people realize the attempts Russia made to divide the West, and they brought a NATO critic into the White House, which is quite unusual. EU sanctions are still in place largely because of Merkel’s leadership. A number of European countries—Italy, Hungary, some other Central European countries—have argued against the sanctions and would like to get rid of them. So, what you see is a more divided Europe, and I do think there’s a Trump effect, too. The extent to which the US relationship with Europe has deteriorated under Trump has also prompted some rethinking in Europe. If you find yourself between Trump’s America and Putin’s Russia, it’s difficult because the US is no longer seen as a country that is the most reliable partner, as it used to be. In other words, Russia was successful in destabilizing Europe; also, all the euroskeptic parties and groups tend to be pretty pro-Russia.

How successful can disruption be as a long-term foreign policy strategy, though? Do you foresee a future relationship between Russia and the West that is less antagonistic? I think that there’d have to be a different leadership. I don’t see that happening under Putin. He has become convinced that the US wants regime change in Russia, convinced that Europe would like to impose a value system. I think Putin hoped that the US and its allies would recognize the sphere of influence Russia should have, according to Putin, in the post-Soviet space, and that has not happened. So, the preconditions for having a closer relationship with the West would either be that the West changes its policies or that you have a different leader in the Kremlin. And even then it might take some time. I think the best-case scenario would be to have a generation coming to power after Putin that are more technocratic, that understand that Russia has to modernize its economy and its institutions, and that those kind of reforms would be much easier if there were not such antagonistic relations with the West. If you had more people like that coming to power, maybe that could change the way Russia interacts with the West.

Angela Stent is one of the world leading experts on Russia, Professor of Government and Foreign Service at Georgetown University, and director of its Center for Eurasian, Russian, and East European Studies. Her new book Putin’s World is now available in German as Putins Russland (Rowohlt).

The interview was conducted by Henning Hoff. Assistance: Melina Lorenz.