Berlin has promised to move toward a more integrated European defense policy. Yet the German Bundeswehr is in such a sorry state that it’s hard to see how a European army could be build around it. 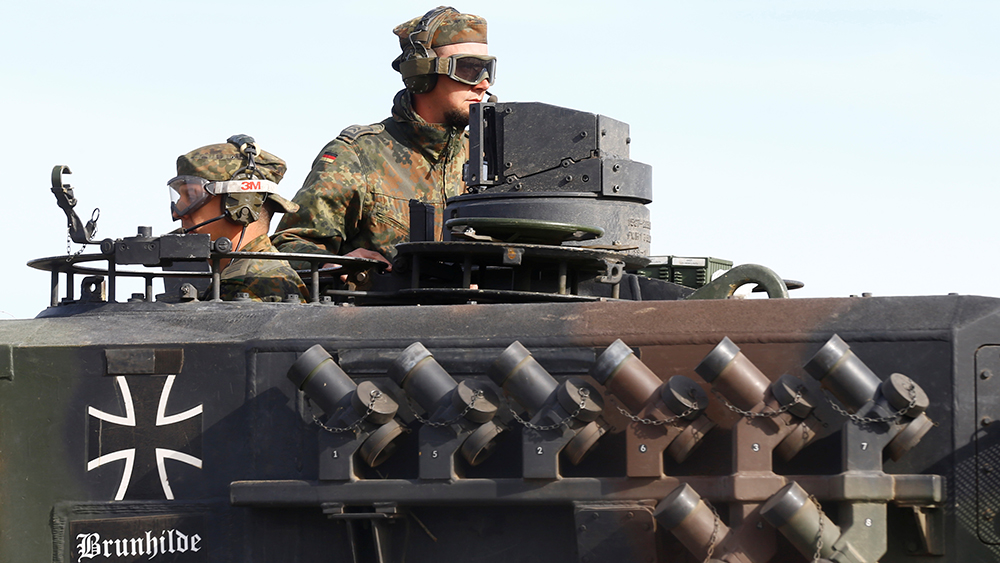 When Germany in early April declined to take part in air strikes against suspected chemical weapons facilities in Syria, nobody was surprised. Chancellor Angela Merkel, now into her fourth term, is known to be highly skeptical of military intervention. But even if she had wanted German forces to join the United States, France, and the United Kingdom in their operation against Bashar al-Assad’s regime, they may not have managed.

The Bundeswehr is dramatically short-staffed, underequipped, and overstretched. Even with 185,000 troops (after France and Italy, the Bundeswehr is the third largest army in the EU), its fire power is woeful. And to make things even more complicated, after the experiences of two world wars started by Germany in the 20th century, this country’s public is overwhelmingly pacifist. Convincing German voters to spend substantially more on modernizing the Bundeswehr is a difficult task.

Yet the world is becoming less secure, and not just in the Middle East. The US, long the guarantor of peace in Europe, has lost interest in the old continent. French President Emmanuel Macron and the European Commission are pushing for steps towards a real European Defense Union. Politically, Germany supports that goal. But given the weakness of the Bundeswehr, dreams of a European army would seem to be just that.

In principle, the new German government is committed to strengthening the Bundeswehr. After many years of decline in real terms, the defense budget is scheduled to increase from €37 billion in 2017 to €42.4 billion in 2021. Yet this only amounts to about 1.2 percent of GDP, far below NATO’s target of two percent. Further, too much of the budget is spent on personnel and maintenance. According to NATO statistics, less than 15 percent of the German defense budget goes toward new equipment, far less than the 20 percent the alliance considers advisable.

“We will breathe life into the European Defense Union,” Merkel’s conservative bloc and her junior partner, the Social Democrats, promised in their coalition agreement. The new government would push forward with the projects agreed under PESCO, the Permanent Structured Cooperation, which brings together 25 EU countries on military cooperation and armaments.

Germany would also make use of the new European Defense Fund and work toward establishing an EU headquarters for civilian and military missions. Berlin doesn’t intend to stop there, either. “We will take further steps on the way to an ‘army of Europeans,’” the coalition agreement says.

Defense Minister Ursula von der Leyen is a passionate European—she was even born in Brussels, where her father worked at the European Commission. Von der Leyen has pushed hard for PESCO and the network of bilateral military cooperation that has allowed German soldiers to train and work together with their French, Dutch, Danish, or Polish colleagues, forming the nucleus of a common army.

But how good are good intentions if the German army is so short of everything? The German public has gotten used to reading about planes, ships, and tanks that don’t work, but the latest yearly report issued by the Parliamentary Commissioner for the Armed Forces, Hans-Peter Bartels, was particularly shocking. In late 2017, not a single German submarine worked. Meanwhile, the country’s fighter jets, the Tornadoes, are so ancient―roughly half a century old―that there are doubts about the security of their communications within NATO.

Nor does newer equipment necessarily work better. After enormous delays and cost overruns, the Bundeswehr finally took possession of 14 A400M transport planes. At times, not a single one of them was operable, the report said. German soldiers also don’t have enough gloves, winter hats, or protective vests. Some of their barracks have been so badly maintained that only two out of twelve showers work. In others, soldiers are asked to buy their own cleaning materials for the toilets.

No wonder that the Bundeswehr is woefully short of personnel, too. Who would want to work under such conditions, especially in economic boom times when better paid jobs are plentiful? According to Bartels’ report, Germany’s armed forces are lacking a staggering 21,000 officers and non-commissioned officers, creating critical shortages in several fields. While the navy’s Sea King helicopters actually seem to be working, only three of the eleven required eleven pilots are available.

“Since reunification (in 1990), all reforms of the Bundeswehr aimed not to make the Bundeswehr better, but to shrink the armed forces and make them cheaper,” retired General Erich Vad, now a professor at Munich University, explained in an interview with the magazine Cicero. “And then there is always a concentration on the missions abroad. They need to run smoothly because they are highly visible in the media. Everything is made possible for them. The result is a lack of material and finances for the rank-and-file.”

Currently, the Bundeswehr is engaged in 14 small international missions, adding up to fewer than 4,000 troops altogether. Nevertheless, resources are stretched very thin. “When there is a mission abroad, the equipment and personnel get collected from hundreds of locations,” Vad said. “When we had a NATO mission with a reinforced battalion of 700 troops three years ago, we needed to pull together more than 10,000 pieces of equipment from different locations.”

It was 2014 when the political elite finally realized that the days of the peace dividend were over. At the Munich Security Conference, then-president Joachim Gauck declared that Germany needed to take on more international responsibility, also at a military level. That same year, territorial defense―which had been neglected for decades—was catapulted back onto the agenda when Russia invaded Ukraine and annexed Crimea.

Von der Leyen, then serving her first term as defense minister, began to reform Germany’s chaotic and inefficient military procurement system. She landed a coup when she convinced one of McKinsey’s leading consultants, Katrin Suder, to enter public service as state secretary. Together, von der Leyen and Suder redrew the entire procedure of planning and ordering armaments systems.

Two years later, in 2016, von der Leyen announced a “trend reversal” for equipment and personnel―a substantial increase in numbers amounting to no less than the promise to bring back a fighting army. Yet major defense contracts take decades to negotiate and implement. The timeline for achieving full results of the reforms has been fixed for 2030.

For now, things on the ground haven’t improved, and nor has troop morale. And while some defense experts believe that von der Leyen is doing a good job, she lacks visible success stories. To add to her woes, her chief aide Katrin Suder quit the Defense Ministry this spring for family-related reasons. Von der Leyen herself managed to hold on to her job as Merkel moved to replace most of her ministers. But she is no longer touted as a possible successor to the chancellor, however. Instead, rumors are circulating that she might move to Brussels as NATO’s next secretary general or as the EU’s head of defense.

But NATO is struggling to adjust to the erratic decisions of the Trump administration, and Europe is still far away from a proper defense of its own—not least due to Germany’s weaknesses. And so, von der Leyen soldiers on in Berlin with a new team of military and civilian leaders, and continues to appeal to parliament and the public for more money and more patience. In the meantime, Germany had better hope to be spared any major crisis.