Since the beginning of the euro crisis, Germany has pushed Europe to become more competitive. Solidarity has become conditional on structural reforms. This risks eroding the EU’s founding values. 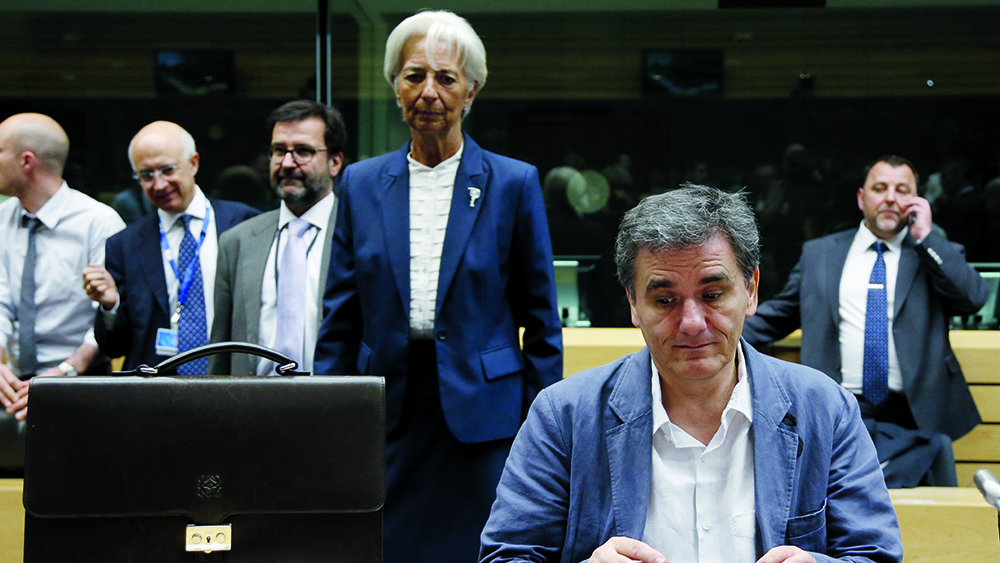 Pro-Europeans” in Brussels and elsewhere tend to think of European integration in a somewhat linear way: Integration is good, and disintegration is bad. So they also see the European Commission’s proposal to create a common finance minister and budget and turn the European Stability Mechanism into a European Monetary Fund as a step forward.

There are two quite different ways of thinking about the Commission’s proposals, however. For Macron, they are part of a vision for a “Europe qui protege” (Europe that protects) with greater solidarity between citizens and member states. In this context, the new European Monetary Fund would be a kind of embryonic treasury for the eurozone. But many in Germany, including former finance minister Wolfgang Schäuble, seem to support the same idea for entirely different reasons. They see it as a way to increase control over EU member states’ budgets and more strictly enforce the eurozone’s fiscal rules, thus increasing European competitiveness. If that vision were to prevail, more Europe would mean more Germany―as in many of the steps already taken in the last seven years since the euro crisis began.

These different visions illustrate how deepening European integration is not automatically or inherently a good thing. In fact, turning the ESM into a European Monetary Fund may be part of a troubling transformation of the EU that was rooted in the euro crisis. Although integration has continued since then and EU member states have agreed to pool sovereignty in ways that would have been almost unthinkable otherwise, there are reasons to think that this integration is qualitatively different from previous phases of the European project. In the name of more Europe, it may well be that a very different EU will emerge.

As well as becoming more German, the EU has also grown more coercive since the beginning of the euro crisis in 2010: Further integration has fallen somewhere on the spectrum between voluntary and forced. As Chancellor Angela Merkel put it during the debate over the first Greek bailout in 2010: “There is no alternative.” Instead, Brussels has put in place a more domineering system of rules and enforcement of those rules―particularly in the eurozone. The “Maastricht III” system that emerged from the crisis is based on the series of measures taken since 2010; it is more intrusive and imposes stricter conditionality and greater homogeneity than its two predecessors.

It is particularly striking how, in the process of taking these measures, terms such as “budgetary surveillance” and “fiscal discipline” have become increasingly central to the functioning of the EU. As one typical German finance ministry document proudly put it: “European countries have created a powerful fiscal surveillance system by introducing the enhanced Stability and Growth Pact, the fiscal compact and the European semester. The new system will improve budgetary discipline in the individual countries and help to ensure that public finances remain healthy.” Following the European summit in December 2011 at which the fiscal compact was agreed, the late journalist Ian Traynor―hardly a euroskeptic―wrote that what was emerging from the euro crisis was “a joyless union of penalties, punishments, disciplines and seething resentments.”

Developments since then have only confirmed and advanced this transformation. The emergency summit held in Brussels in July 2015 to discuss the Greek debt situation may turn out to be a critical juncture in the history of the EU. Just before the summit, Wolfgang Schäuble proposed to place €50 billion of Greek assets in a trust in Luxembourg before being privatized, and to temporarily eject Greece from the eurozone if it did not agree to the creditors’ terms. Greece eventually capitulated and received another bailout. But Brussels’ heavy-handed approach may have had a transformative effect on the EU.

This increased use of internal conditionality has transformed the meaning of solidarity within the EU. During the euro crisis, debtor countries demanded solidarity but felt abandoned when creditor countries resisted further debt relief. Meanwhile creditor countries felt they had shown solidarity by agreeing to bailouts in the first place. The truth lies somewhere in the middle: There has indeed been some solidarity in the eurozone since the crisis began, but it is the kind of solidarity that the International Monetary Fund (IMF) preaches―that is, loans in exchange for structural reform. This is not how solidarity was previously understood in the EU.

It is as if the EU is in the process of being remade in the image of the IMF. It increasingly seems to be a vehicle for imposing market discipline on member states—something quite different from the project that the founding fathers and indeed today’s “pro-Europeans” envisioned. In discussions about debt relief for crisis countries, the European Commission has often been even more unyielding than the IMF. As Luigi Zingales put it in July 2015: “If Europe is nothing but a bad version of the IMF, what is left of the European integration project?”

The Core and the Peripheries

The tough approach to member states is also being applied in other policy areas. When central European partners resisted pressure from Germany and the European Commission to accept a mandatory quota of asylum seekers in the autumn of 2015, then-German Interior Minister Thomas de Maizière threatened to cut EU cohesion funds. There is also now discussion of using the same approach to punish Hungary and Poland for violations of EU norms on democracy and the rule of law; when the rules governing structural and investment funds are revised ahead of the next budget cycle, it is likely they will include what Budget Commissioner Günther Oettinger has called “reinforced conditionality.”

It may well be that this approach is necessary―again, there appears to be no alternative. It is even easier to make the case for applying tough conditionality on respecting the rule of law because one can argue that it is being done in the name of European values. But it is nevertheless part of a wider trend of expanding coercion in the EU. The prospect of conditionality has sparked resentment in eastern European member states. Even EU member states, who worry about democratic deconsolidation in countries like Hungary and Poland wonder if it could also be turned on them.

Conditionality here is particularly problematic because of the political dynamic. Whether in the case of eurozone or refugee policy or the rule of law, it is a “core” Europe that is using conditionality to discipline a “periphery.” In the case of the eurozone, the periphery consists of the debtor countries. In the case of refugee policy and the rule of law, the periphery is represented by central and eastern European countries that joined the EU in 2004. In each case, however, Germany is at the heart of the core. And the danger is that the EU is increasingly seen as a vehicle for the imposition of German preferences.

Many “pro-Europeans” still think of the core as a continuation of the idea of a “Kerneuropa” that goes back to the 1994 paper published by Wolfgang Schäuble and Karl Lamers. At a time when the EU still had only twelve member states, Schäuble and Lamers argued that some should be able to move ahead with integration even if others were unwilling to do so. Member states such as Denmark and the United Kingdom, which had negotiated opt-outs on various issues, would be outside this core of a multi-speed Europe. But Schäuble and Lamers hoped that the core would act as a kind of magnet, and other member states would eventually follow.

However, a different core has emerged. In the case of the eurozone, it consists not of countries prepared to go furthest in terms of integration but rather of creditor countries within the eurozone, including Finland, Germany, and the Netherlands. Meanwhile, the debtor countries within the eurozone are now commonly referred to as the periphery―a term that, until the crisis began, was mostly used to describe countries that were located on the geographic edges of the EU. In this new Europe where the core is based on competitiveness rather than willingness to integrate, Italy – a founding member and, at least until the crisis began, one of the most “pro-European”―is part of the periphery.

Chancellor Merkel embodies this transformation of the EU more than any other European leader―and has done more than anyone else to make the case for it. She has spoken repeatedly of making Europe competitive economically, and perhaps also geopolitically, with other regions in the world. But in the process, “pro-Europeans” are now increasingly thinking of the EU in terms of competition. Supporters of this approach will argue that in order to be a model, the EU needs to be competitive. But in order to become competitive, the EU may be hollowing out the values it once represented.

In particular, Merkel believes that Europe needs to revisit its spending habits: She likes to say that Europe has seven percent of the world’s population, 25 percent of its GDP and 50 percent of its social spending, suggesting that “it cannot continue to be so generous.” This logic is behind the imposition of harsh austerity measures on crisis countries. However, this competitive Europe bears little resemblance to the one “pro-Europeans” imagined, with their emphasis on the social market economy.

Perhaps the most striking―and disturbing―image for the new, emerging EU comes from Mark Leonard’s book, Why Europe Will Run the 21st Century. In it, he evokes the Panopticon―a circular building and system of control designed by Jeremy Bentham―as a metaphor for the EU. The idea was to illustrate how the EU used power in such an efficient way that rules ultimately become internalized. But the idea of the EU as panopticon may turn out to have been prescient in a somewhat darker sense. What seems now to be emerging is not so much a “Europe qui protege” as―to quote Michel Foucault―a “Europe qui surveille et punit.”