With new tariffs on steel and aluminum, US President Donald Trump has raised fears of a global trade war. His counterpart in Europe is Cecilia Malmström, the EU’s powerful trade commissioner. She is a Swedish liberal who firmly believes in defending global rules, free trade, and European values. 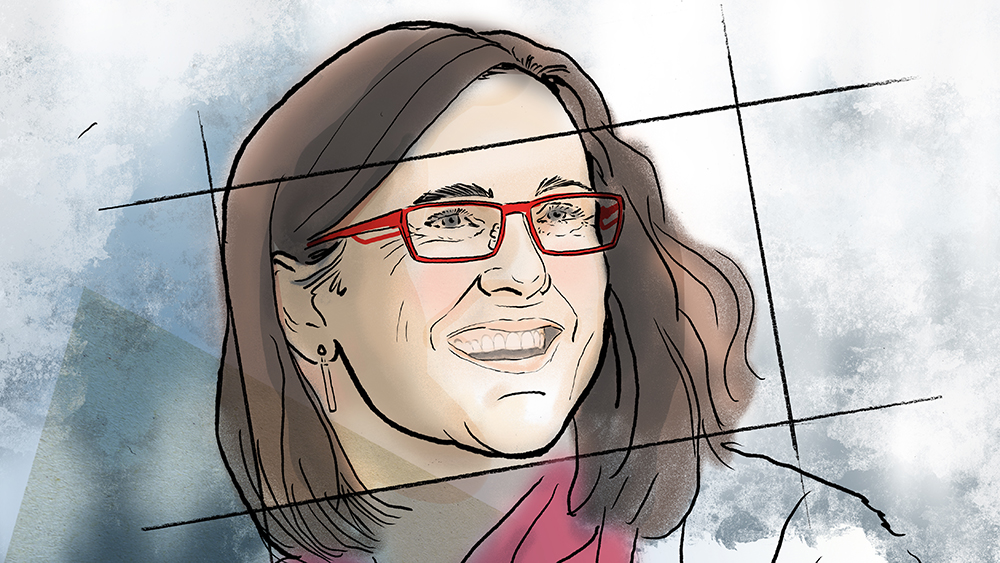 A committed liberal and a firm believer in free and fair trade, Cecilia Malmström is the first woman to serve a full term as the European commissioner for trade. For many years, this strategic post, which grants the exclusive power to carry out EU trade policy on behalf of member states, was occupied by men, including such heavyweights as France’s Pascal Lamy and Britain’s Peter Mandelson. The 2014 appointment of Malmström―an ambitious 46-years-old politician from Sweden―was a game changer.

Those who hoped for an easy ride were soon disappointed. With her principled stance on trade, Malmström has quickly proven to be a tough negotiator vis-à-vis such large trading powers as the United States and Japan. She has stood firm not only for European economic interests but also for social, labor, and environmental standards. As a strong human rights advocate, Malmström has included special clauses in trade deals that obligate third countries to fight child labor and other forms of abuse.

At the same time, Malmström has a natural inclination for compromise that helped her steer the EU away from a collision course with China last year over its demand for market economy status. Some, however, have accused her of letting Beijing off the hook by failing to challenge it more aggressively on trade and investment barriers and unfair practices such as dumping and illegal export subsides.

Those who know Malmström well argue that this is because, as a liberal, “she simply doesn’t like imposing tariffs or other trade restrictions.” “Free and open trade is good,” she used to say early in her term. But faced with the 2016 steel crisis in Europe, which was caused mainly by cheap Chinese imports, she had to embrace a more pragmatic approach and put more emphasis on the need for reciprocity. “We stand for open trade based on fair rules, but we must ensure that others do not take advantage of our openness,” she said in 2017, and has repeated on many occasions since.

But it appears China is no longer Malmström’s main challenge. What keeps her awake at night these days is instead the prospect of a trade war with the US, a country she has always seen as a close and reliable allay. Faced with global steel overcapacity, US President Donald Trump ordered the country’s trade department to impose hefty tariffs on imports of steel and aluminum in early March, including from the EU, to protect American markets.

Malmström immediately condemned this move as highly “protectionist” and demanded a full exemption from the US measures. She proposed a three-pronged plan to hit back should the US refuse to back down. “Nobody has an interest in escalating this situation, but if we have to, we will protect our industries,” she said.

Following a series of talks, the White House agreed to postpone the application of duties by 40 days but asked the EU for trade concessions in exchange for a permanent waiver. Malmström insists that she will only open talks with the US once the EU has received a permanent and unconditional exemption from metal tariffs. “Under no circumstances we are negotiating anything under pressure and under threats [sic],” Malmström said.

The bitter spat with the US marks an important moment in Malmström’s career. Trump, who is known for his impulsive policy style and zero-sum thinking about trade, is not an easy opponent. “For us, trade is something where both sides win,” she said. The unwritten rule the EU follows is that any trade deal must be based on compromise. “Trump’s bully approach is totally new for all of us,” an EU official said.

But as a born optimist―which she underlines often―Malmström hopes the US will eventually drop the tariffs. “When that is confirmed by the US president, we can continue to talk about any other things they want to discuss,” she said.

Failure to reach a deal with Trump and a potential tit-for-tat trade war with the US could overshadow the last year of Malmström’s term in office and deal a blow to her political legacy. It is not clear if she will be re-appointed as a commissioner next year. If not, “she can always return to university teaching, what she enjoys a lot,” according to one of her colleagues. Yet she is one of the few EU officials with a truly global profile.

A Believer in Transparency

Malmström was 19, when she left Gothenburg, a city founded primarily as a Dutch trading colony, to study literature at the Sorbonne in Paris. She returned to Sweden to finish her studies and was awarded a Ph.D. in political science from Gothenburg University. At the age of 29, Malmström joined the Swedish Liberal Party Board, and a mere two years later, in 1999, won election to the European Parliament. There she made her name for herself as a strong defender of human rights in Russia and one of the first advocates of making Brussels the permanent seat of the European Parliament.

Her liberal stance and openness have prompted Malmström to inject more transparency into trade negotiations―a move that helped defuse strong public distrust toward trade policy, which for many years was carried out behind closed doors. “She is very open and good at listening to people. She believes in transparency and is not afraid of being challenged by her opponents,” one EU official said. In 2015 and 2016 Malmström took part in many public discussions across Europe on the pros and cons of free trade deals.

As a boss, Malmström is “straightforward and easy to work with,” according to her colleagues, who call her by first name. “She actually seeks advice and listens,” one member of her cabinet said. People who have seen her lead negotiations that are often technical and complex say Malmström is well prepared and open for compromise. “To be heard, you must be taken seriously,” she said in an interview with Swedish media in 2012. “And to be taken seriously in this European, quite funky environment, it is important to show knowledge.”

Humor is what helps her in stressful situations, Malmström’s close aides say. This is where her Gothenburg nature kicks in. “We in Gothenburg don’t take things too seriously,” she said in that same interview in 2012. In politics, she added, “humor is my survival strategy.”