Talking about “greater responsibility” has seriously  damaged Germany’s foreign policy debate. Time to ditch it. Policies are about interests. 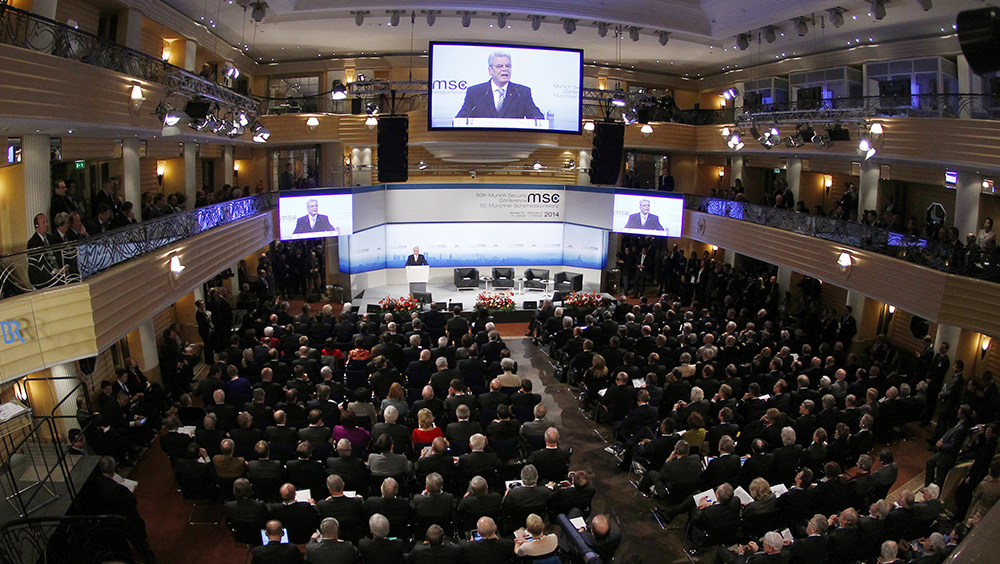 In May 2010, German President Horst Köhler gave a radio interview about the Bundeswehr deployment in Afghanistan. He argued that Germany, as “a country of our size, with a focus on exports and thus a reliance on foreign trade, must be aware that … military deployments are necessary in an emergency to protect our interests.” For Köhler, this was an issue of securing free trade routes and preventing regional instability—and thereby ultimately securing jobs and incomes in Germany. Hopefully, he added: “This all needs to be discussed and I believe we are not on such a bad path.”

Rather than sober discussion, he faced a volley of immoderate criticism. The president of Germany, his critics said, was pursuing “economic wars,” calling for a “breach of the constitution.” A constitutional jurist recognized an “imperial tone,” reminiscent of the arguments for defending Britain’s naval supremacy in the 19th century. Köhler, deeply offended, resigned in a huff, an overreaction by a politically overtaxed president. But the episode also documents the immaturity of the German foreign policy discussion.

Responsibility sounds noble. No one will be accused of speaking in imperial tones or practicing crude power politics. Holding forth about responsibility has become the magic potion of German foreign policy. One employs the term to spread a diffuse feeling of well-being in times of geopolitical turbulence—and thereby dodges unpleasant questions about the difficult trade-offs between competing interests and about the search for the right instruments. That’s why we should say goodbye to the term “responsibility”—and argue openly about conflicting interests and the means to assert them.

That is not to say that Germany’s foreign policy interests are a secret: they are peace and security, prosperity, and democracy and human rights. One can invoke this triad in every soapbox speech—it’s almost as comforting as “responsibility”. But it doesn’t become relevant until interests compete with one another and the tools to achieve them are disputed. Only then is the quality of the foreign policy discussion revealed.

For world-champion exporter Germany, this is often the case when economic interests are assessed against the objectives of security and democracy and human rights. This is especially clear in relation to China, Germany’s most important trade partner. For a long time, Berlin acted under the assumption that Germany and China were perfectly compatible economic partners, that Beijing would continue to open up politically because of its global economic integration, and China did not present a serious challenge for German security. These assumptions proved false.

China has positioned itself as Germany’s main economic competitor and is aggressively pursuing its security interests. At the same time, its political system is becoming more and more authoritarian, and in many areas the human-rights situation has become dramatically worse. In this respect, the German strategy of pursuing ever-closer economic integration with Beijing and calling China a “strategic partner” looks highly questionable. Speeches about “more German responsibility” won’t help, but a more sober appraisal would.

In the short-term, German companies continue to make good money and a significant portion of their earnings in China; in the medium-term, they see themselves falling behind state capitalism. It is therefore vital to reduce German businesses’ dependence on China, take measures to protect the German economy from certain types of foreign investment, and strengthen domestic policy on innovation and industry. So far so good.

Things gets more controversial when it comes to security policy questions, like the role of Chinese tech firms in critical infrastructure like high-speed 5G mobile networks, as the Huawei case shows. Here there is a clear tension between economic and security interests. Huawei delivers affordable, modern technology for developing 5G networks. Yet installing Huawei technology also entails major security risks. In a conflict, the Chinese party-state could obligate Huawei to sabotage Germany. So Berlin has to make a decision. If national security is taken seriously, the answer has to be to bar Chinese tech firms from providing critical infrastructure. The precondition would be to have a debate focused on Germany and Europe’s claim to technological assertiveness.

Competing interests also have to be evaluated in other fields. What is the right balance between advocating economic interests and standing up for democracy and human rights? Here we should explicitly understand the latter as interests and leave behind this talk of “interests versus values”. For example, Germany has to take a stand when it comes to Canada’s conflicts with Saudi Arabia and China. Ottawa is one of the capitals Berlin is courting for Foreign Minister Heiko Maas’s “alliance of multilateralists.” The alliance, according to Maas, is supposed to “show solidarity when international law is flouted on someone else’s doorstep.” China holding two Canadian citizens hostage as bargaining chips since December 2018 is a clear case of this. The party-state imprisoned the Canadians after Ottawa had arrested the daughter of Huawei’s founder on the basis of a US arrest warrant. But in the aftermath, Chancellor Merkel avoided taking a clear position in favor of Canada. Nor did Finance Minister Olaf Scholz mention the issue in official communications during his January trip to China.

It’s embarrassing enough that the German government withheld solidarity when Saudi Arabia, upset about critical comments about the human rights situation from the Canadian ambassador, overran Canada with threats and retaliatory measures. All too often, authoritarian regimes can rely on every country’s economic selfishness. Only when democrats stand together can they effectively defend themselves against the encroachment of autocracies like China and Saudi Arabia.

Another consideration is the extent to which Germany is willing to jeopardize its economic interests in order to stand up for human rights. The brutal oppression of Muslims in Xinjiang (with up to a million people in camps) is moving ever closer to the focal point of the public debate. Beyond the ritualized formats like the Human Rights Dialogue, how clear a position does the German political world want to take here?

It’s also damaging for the foreign policy debate when interests are undeclared, or false interests are put forward. Nord Stream 2 is a prominent example of that. For a long time, German decision-makers, including the chancellor, dismissed the deal with the Kremlin for a new gas pipeline as an economic matter—knowing quite well that they were dealing with a highly explosive geopolitical issue. This smokescreen strategy has done enormous damage to German foreign policy. To Germany’s central European neighbors that vehemently oppose the project, like Poland, Berlin appears to be a calculating power player, one pursuing a “Germany First” strategy with marked cards. And yet there is no shortage of arguments for why the pipeline is in Germany’s interest and how Europe’s independence in energy policy can be maintained with Nord Stream 2.

Another example is the issue of refugees and migration. The political scene in Berlin is happy to put the label of “fighting the causes of migration” on every possible development and economic measure in Africa. Now, many African states are important growth markets. And measures to intensify economic cooperation are, for that reason, in Germany’s interest. But it is false advertising to sell these measures with the promise of reducing migration numbers. Development economists expect that the number of people with the ability and desire to migrate will initially increase as the level of economic development improves.

There is also no clear communication of German interests with regard to the biggest foreign mission of the Bundeswehr, in Afghanistan. The population was initially sold three interests: the defense of their freedom, the promotion of human rights and democracy, and alliance solidarity with the US (as well as support for a UN mandate). There isn’t much left of the goals of freedom and democracy; yet German decision-makers have hardly communicated this so far.

But nothing demonstrates the weakness of the debate around German interests more than the discussion about nuclear weapons. Germany is confronted with an existential question here: how do we guarantee our security if the US nuclear umbrella starts to crumble? How do we react to the end of the INF treaty? From large sections of the political spectrum one hears cheap, convenient answers. Annalena Baerbock, the co-chairperson of the Green party, has called not only for the withdrawal of all US nuclear weapons from Germany, but also for Germany to pull out of NATO’s nuclear sharing arrangements. To the question of how she wanted to prevent Germany being vulnerable to blackmail from aggressive nuclear powers like Russia, she had no answer. Foreign Minister Maas is correct to back arms control. But one can only press ahead with arms control if one makes realistic assumptions about the interests of other parties. Mass recently said, “at the end of the day, everyone wants a world without nuclear weapons”—a daring thesis in view of the decision makers in Beijing, Moscow, or Islamabad. We need not only a realistic view of our own interests of but also of those of other countries.