Poland‘s Law and Justice (PiS) party has made no secret of its skepticism of the European Union. But if the rest of Europe moves toward deeper integration, Poland risks being left behind. 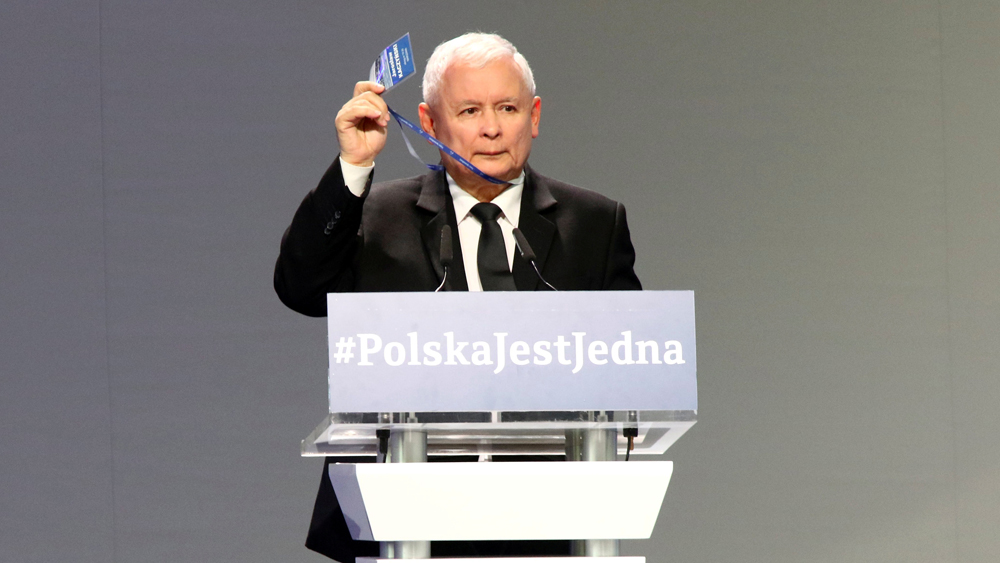 For years, the mantra of Polish transformation was Europeanization. The idea that Poland should emulate the Western European model in politics, economic policy, and values has informed the country’s domestic policy and determined the horizon of its foreign policy aspirations. Law and Justice (PiS), the national populist party led by Jaroslaw Kaczynski that has governed since November 2015, represents a departure from this philosophy. The party’s illiberal tendencies are evident. It has changed the constitutional tribunal, introduced judicial reforms ceding power to the executive branch, and centralized public funding for NGOs (which will direct funds to PiS-friendly organizations). This all represents more than a grab for power by a new elite: These steps are a conscious rejection of Europeanization, stemming from widespread criticism of the Western European model and the EU.

To be clear, this “de-Europeanization” does not go hand in hand with opposition to EU membership. Indeed, the latest polls show that 88 percent of Poles support EU membership, and only 5 percent want a “Polexit.” Not even the euroskeptic PiS party questions Poland’s EU membership. Rather, PiS desires emancipation from the influence of Western European partners and wants a greater sense of sovereignty.

The backlash against Europeanization is most apparent on the cultural front. PiS’s party leaders and chief ideologists have disparaged Poland’s westward outlook as a policy of imitation, one that involves submission to Western or German thought. Some have even claimed that Western liberal ideals are not compatible with Polish traditions and identity. In the view of PiS’s leading politicians and intellectuals, the EU is a project that abandoned its Christian conservative and economic roots long ago; for them, it was commandeered by a generation of left-wingers empowered by the protests of May 1968, and has turned into an ideologically driven instrument designed to socially and culturally homogenize Europe. PiS’s rhetoric often falls back upon the theme of left-wing social engineering, which it claims has pushed Western societies toward secularization, ecology, and glorification of minorities, cosmopolitanism, and multiculturalism.

The refugee crisis has fueled this anti-Western propaganda in a massive way. PiS, and those who support its manifesto, often believe that Poland represents the “real West,” whereas Western Europe has betrayed Western values. Since this transformation of European societies has been consciously driven, PiS believes it can be consciously rolled back, too. It should come as no surprise that de-Europeanization has resulted in a redefinition of the country’s relationship with Germany, previously its number one partner and the “gate to Europe,” as it was framed in Polish discourse during the 1990s.

Poland was once seen as part of the union’s core bloc, and Polish policymakers believed that membership in this core – even with certain compromises – would be the best long-term investment for the country’s security and stability. The PiS government has rejected this course, calling it a “policy on the knees” and claiming that the desire to be part of the EU mainstream has not benefited Poland. The earlier Kaczynski government (2005-07) placed much emphasis on the “battle for memory” which is the Polish term for the fight against alleged German historical revisionism. In the current government, other grievances have featured more prominently. The refugee issue has become the key driver of Warsaw’s criticism of Berlin.

Warsaw’s shift to the United Kingdom as its key partner in Europe in the beginning of 2016 was not just steered by anti-German prejudices, however. This shift of alliances also reflected the PiS government’s ambition to push the integration process in a different direction. When the party came into power in the fall of 2015, the concept of strengthening the nation state and re-nationalizing the economy, along with opposition to deeper EU integration and criticism of liberal democracy, were on the rise across Europe. The populist revolt against the establishment seemed to validate PiS’s claim that popular sentiment across the EU was on its – and Britain’s – side.

But the UK’s decision to leave the EU, Emmanuel Macron’s success in France, and the stability of Angela Merkel’s chancellorship (despite the electoral gains of the Alternative for Germany) proved this calculus wrong. Without the UK, the position of all non-euro countries (including Poland) will be much weaker. And the future shape of the EU will most probably be determined not by Poland or Hungary’s visions, but rather the renewed Franco-German axis.
Warsaw’s miscalculation led to a severe deterioration in Poland’s relations with the European Commission, Germany, and France, and it might prove costly.

The Polish dilemma is not new; it has to do with the peculiarities of Poland’s position within the EU. Poland is in many respects a special (and sometimes awkward) partner, due to its size, ambitions, and specific national interests. It is a large country that has lofty political aspirations but relatively few resources with which to pursue them. That means Poland occupies an uneasy space between European superpowers and smaller states – between the policy-makers and the policy-takers, in other words.

Poland is also a country with very specific interests that are not widely shared within Europe. Not even the other Eastern European countries agree with, say, how Poland perceives the security threat posed by Russia, or sympathize with its energy policy, which is shaped by its particularly large coal industry. Poland is not a big player in the defense industry, but it still has meaningful interests at stake. It is ethnically homogeneous and wants to remain that way, but large enough to be expected to take more responsibility for the refugee problem.

To achieve its goals, Poland needs to navigate carefully in Europe, be willing to compromise, and yet be tough when its most vital interests are at stake. It needs to demonstrate diplomacy and tact rather than irk its neighbors. Otherwise, Poland will inevitably end up on a collision course with other partners and institutions.

Yet it is already picking fights. In August 2017 the Polish government took the unprecedented step of ignoring a decision by the European Court of Justice that required Warsaw to temporarily stop logging in the Białowieża forest, which is under environmental protection until a final ruling can be issued. Poland also refused to fulfill its obligation to take in its quota of refugees in accordance with the EU’s refugee relocation mechanism. Then there is the European Commission’s infringement procedure to sanction Poland over its plans to exert more power over the judiciary. Together, these three cases have become highly politicized and have damaged Poland’s relations with the EU.

The risks that Poland is facing with its course towards de-Europeanization go beyond sector-specific issues. The way Poland’s interests are defined today may prevent the country from joining the integration and cooperation frameworks that will shape the EU in the future. Eurozone accession, for example, is a non-issue for the current government, and the opposition has an ambiguous attitude to that question.

Meanwhile, the country’s ambition to build a strong national defense industry, and its belief that stronger European defense cooperation runs counter to the interests of NATO, make Warsaw suspicious about plans for a defense union. The government is unwilling to consider steps that would unify European migration or social policy, or ambitious targets in climate policy. Polish national interests in those areas may explain some of its reservations, but the national populist camp’s distrust of further Europeanization plays just as large a role.

Whatever weighs heavier, a de-Europeanization – even a relative one, should the rest of the European Union integrate further while Poland looks on from the sidelines – is likely. Brexit weakens its position even further. Thus, Poland’s strategic challenge today is to find compromises that will allow it to benefit from the EU integration process, or – in some areas – at least not bear negative consequences of policies undertaken at the EU level.

This dilemma is reflected in the Polish approach to differentiated integration. Initially, the reaction in Poland was quite positive. In fact, Warsaw maintained that the EU could not function according to a one-size-fits-all model: the EU needed instead to allow member states to integrate as much as they wanted, while allowing those who did not want to integrate further the chance to preserve the full benefits of integration. Therefore, the Polish idea of flexible opt-out mechanisms resembles a “Europe à la carte” in which each country can pick and choose cooperation formats that best suit their interests.

For most other EU countries, this has never been a viable option; for them, flexible integration is an instrument to achieve more integration, not less. Poland’s reaction to that is negative, with foreign minister Witold Waszczykowski commenting that putting flexible integration on the table was “a recipe for failure, division, and separation,” and that such proposals may give rise to “hegemonic” solutions that would leave behind any countries that do not fully integrate.

Polexit is not to be expected, neither today nor tomorrow. It is rather the EU which is likely to “leave” Poland – not by formally excluding it, but through further steps towards integration and cooperation that will hollow out Poland’s membership in the bloc. If Warsaw continues to de-Europeanize, it could enter a vicious circle: because of its relative disengagement, it would benefit less from the EU than in the past. The populists could then instrumentalize this relative loss of power and benefit to oppose the EU and its largest member states even more.