The mayor of Słupsk, a small city in northern Poland, has made a name for himself as a rising left-wing star fighting a tide of illiberalism. He is young, openly gay, well-traveled, and secular. But is Poland ready for him? 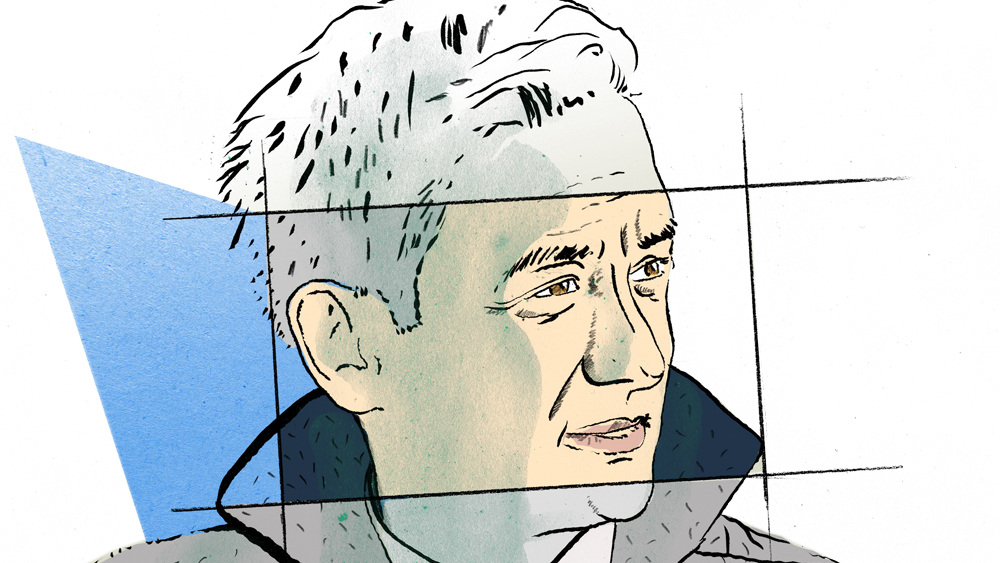 Poland’s first openly gay city mayor, Robert Biedroń, is a fresh face on Poland’s political scene. He is well-traveled, multi-lingual, and secular, with human rights and sustainability as favorite subjects. While Poland has shifted to the right in recent years, Biedroń has been emerging as an icon of the liberal left. For the last three years, he has headed the administration of Słupsk, a city of 90,000 inhabitants on the Baltic coast of Poland. Now, the 41-year-old is tipped as a possible presidential candidate in the next election in 2020.

Biedroń’s popularity comes amid rising disillusionment among Polish liberals. Halfway through its parliamentary term, the governing Law and Justice Party (PiS) remains in the lead. One poll in October put support for the right-wing populist party at a record 47 percent, compared to 22 percent for the two main opposition parties combined. Meanwhile, many Polish liberals feel frustrated by the opposition’s lack of a convincing leader. Some hope that a “Polish Macron” will emerge to save Poland from the populist right. If Biedroń manages to capture those hopes, he could play a major role in Polish politics in the years ahead.

For all his urban image, Biedroń knows small-town Poland well. He was born in 1976 near Krosno, in the country’s rural, conservative southeast – now a PiS stronghold. As a gay teenager in the 1990s, he initially hid his sexual orientation, including at home. Visiting Berlin in 1995, he sought out Mann-O-Meter, an organization that provides help and advice for gay men. That trip spurred a lasting commitment to LGBT rights. In 2001, Biedroń founded his own organization, Campaign Against Homophobia. It now has branches in cities across Poland. Over the years, he has held a range of related roles in Poland and internationally, including general rapporteur on the rights of LGBT people at the Parliamentary Assembly of the Council of Europe.

His Heart Beats on the Left

Politically, Biedroń says his heart beats on the left, a bold admission in today’s Poland, where “leftist-liberal” is a common insult on the right. He first got involved with the social democratic party while studying political science at university. His breakthrough came in 2011, when he was elected to parliament through a left-wing party led by eccentric businessman Janusz Palikot. Three years later he ran for mayor of Słupsk, now as an independent. He won 58 percent of the vote in the second round, beating the candidate from the Civic Platform, one of Poland’s main opposition parties. His campaign centered on local issues; his private life did not play a role.

These days, many Poles’ primary association with Słupsk is Biedroń. As mayor, he has cultivated his image as a progressive by focusing on sustainable development: One of his advisers is a former leader of the Polish Green party. His development strategy envisions Słupsk as a “green city of the new generation.” Biedroń has made headlines with a series of animal-friendly gestures as well, for example preventing a circus with animals from performing in town. He is also known for cycling to work. Biedroń admits this kind of behavior might not raise eyebrows in a country like Sweden; in Poland, though, it still makes news.

From Słupsk, Biedroń has been a firm critic of the PiS government. The governing party is locked in a protracted dispute with the European Union, which is accusing Warsaw of undermining the rule of law. For Biedroń, the antidote to PiS’s power grab is to bolster civil society. “Whatever happens in public life ought to interest us, because that public life – politics – will sooner or later knock on our door,” he said at a popular music festival this summer. While he remains upbeat about Poland’s political future, he is aware that PiS’s controversial changes will not be reversed overnight. “Poles need to be told that normality will not return at once,” he warned in an in-depth interview published last year, suitably entitled Pod Prąd (Against the Current). “What has been damaged over the years cannot be rebuilt in a few months.”

On the Fringes, for Now

Meanwhile, he has kept his distance from Poland’s centrist opposition, which remains split between two main parties – the Civic Platform (PO), Donald Tusk’s former party, and Nowoczesna, a more liberal party founded in 2015. In Pod Prąd, Biedroń did not mince words about Poland’s previous PO-led government: During its eight years in power, PO “invested in cement, but did not crush mental cement,” he said. This reflects political differences between Biedroń and the two opposition parties, including their reluctance to stand up for LGBT rights. There is a tactical element as well: By guarding his independence, Biedroń remains untarnished by the opposition’s shortcomings. In a recent radio interview, he urged the leaders of PO and Nowoczesna to get their acts together and present an attractive alternative to PiS. “I invite them to Słupsk – I’ll show them how it’s done,” he quipped.

For now, Biedroń has remained on the fringes of Polish national politics, focusing on tangible changes in Słupsk. Yet many hope that he will take a stand when the right time comes. When Andrzej Duda, the PiS candidate, was elected president in 2015, Biedroń posted on Facebook: “Today modern Poland lost. […] The president of the future will be chosen in five years’ time. We’ll manage!” More than 50,000 people liked the post; Biedroń’s supporters urged him to run in 2020.

Polls already place him among the top three favorites for president after Duda and Tusk. A poll this summer put Biedroń in third place, with 16 percent, behind current president Andrzej Duda, who had 36 percent, and Tusk with 21 percent. With Duda just halfway through his term, many questions remain. The biggest is whether Tusk will run for president, as his supporters hope. His second term as president of the European Council ends in November 2019, too late to lead PO in the parliamentary elections due that autumn, but in time to launch a presidential campaign.

For now, Poland is gearing up for local elections in late 2018. Biedroń says he wants to win a second term in Słupsk, despite earlier speculation on the left that he might be a good candidate for the mayor of Warsaw. Biedroń has not yet committed to running for the presidency either. Yet polls like the one that put him clearly ahead of Poland’s struggling left-wing parties indicate that he does have broader appeal.

Following the presidential election in France this summer, Biedroń posted a meme on Facebook featuring photos of Macron and himself on their bikes side by side. “Supposedly similar,” his caption read. Again, the comments below the post were enthusiastic.