The coronavirus crisis will give an enormous boost to digitalization and the data economy. This, however, creates new risks that need to be addressed as forcefully as the pandemic. 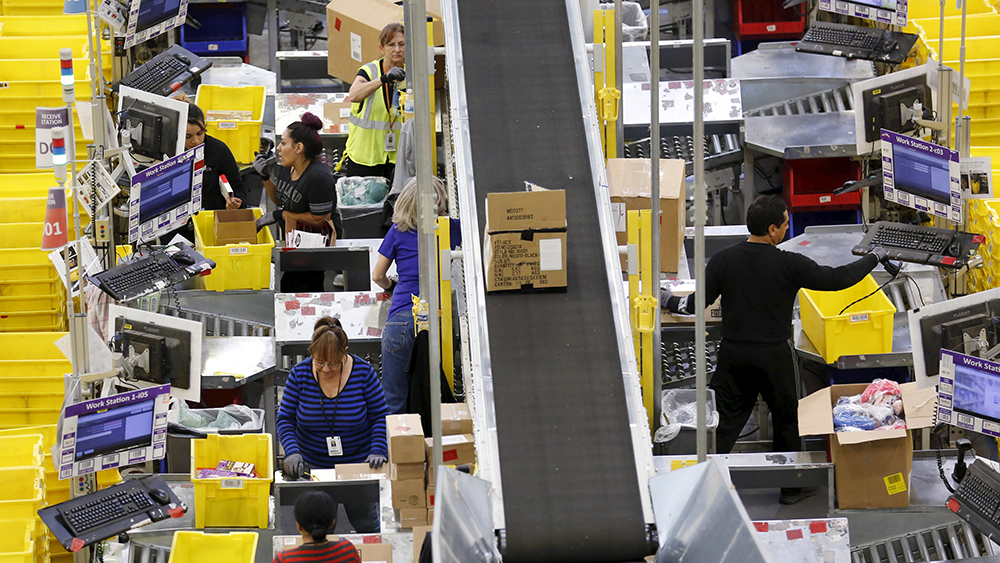 The coronavirus pandemic and its effects on politics, society, and the economy are a concrete example of what is meant by the still very abstract concept of disruption. In summary, “disruption” expresses the idea that the future will be completely different from the past. A radical break with everyday habits—as is the case with a pandemic—prevents an extrapolation of experiences from the past into the future.

“Disruption” in itself is not a new phenomenon. More than 100 years ago, the Austrian economist Alois Schumpeter identified “creative destruction” as the motor of economic growth. Now the coronavirus is destroying traditional business models and existing value chains. Suddenly, we can see how abruptly the old laws governing politics and society can be overridden.

Business has long been aware of the equally destructive and creative dynamics of disruptive processes. Long before the outbreak of the pandemic, digitalization and data, robots and algorithms, true auto mobility, and artificial intelligence had profoundly changed value-added processes.

Now, however, people are realizing how much can be achieved via distance learning, home office, online organization, video conferencing, and digital services. Emergency measure that prove to be a success in practice will be retained even after the pandemic. The coronavirus will accelerate digitalization across the economy, society, and politics.

New knowledge is being created in the search for effective responses to the coronavirus. This is not only useful in the fight against pandemics, epidemics, and diseases. Innovative findings from the battle against the coronavirus can be used later and elsewhere to save lives, prevent infection, and make people more active and productive.

It is therefore to be expected that there will be a hockey stick effect in this crisis, as in previous ones. At first, many things will get worse. The economy is collapsing, unemployment is rising. After a period of shock and suffering, however, there will be adjustments and counter-reactions. Innovations will lead to investments. New things will be created, the economy will recover, and society will enter a new phase of growth and prosperity at full swing. Things have always happened this way. There’s little reason not to assume it will happen again.

The pandemic has made globalized societies realize with horror how vulnerable they have become to unforeseeable, unpredictable shocks, against which they can do little, at least in the short term. The coronavirus has brutally demonstrated that the current economic and social model was geared far too much toward short-term success. By contrast, the long-term accumulation of resources for crises, disasters, or even pandemics has been massively neglected. There is a shortage of intensive care beds for the critically ill, of respiratory equipment and protective gear, as well as of medical and nursing staff.

This time—unlike with previous supply problems—globalization cannot help. In the event of a pandemic, similar shortages will become the rule worldwide. There aren’t any surpluses anywhere that could be quickly diverted, in part because in the coronavirus crisis, every national government is concerned most with its own people. Thus, national self-interest leads to the closure of borders, mothballing of airplanes, the halting of the global trade of goods, and the movement of people. Instead, digitalization is used wherever possible. Data transfer replaces the trade in goods. The home office replaces the business office. Video conferences make long-distance travel unnecessary.

Digitalization, which is now replacing globalization, also has its pitfalls. After all, the coronavirus is by no means the only—albeit frighteningly real and concretely visible—existential threat to the population and economy. There are also viruses in cyberspace that can cause immense damage and threaten human lives and societies. However, mischief and malpractice only become apparent when entire metropolitan regions are left without electricity, light or water, when the data centers of utilities, mobility, communication, or intensive care units in hospitals are no longer functioning because the Internet is paralyzed across the board, or when trade, stock exchanges and banks remain closed because online transactions cannot be verified.

An Agenda for Globalized Societies

Although not directly related, there are a number of other examples that illustrate how globalized societies have abandoned long-term protection for short-term benefits. The underspending in Europe on external security and counter-terrorism is one example. The long-standing failure to combat climate change is another. In the past, many costs that were incurred “externally”—either in other regions of the world or concerning the environment and climate—were not taken into account. However, disregarding the external costs at the expense of employees in low-wage countries, the extinction of species or global warming became impossible at last with the “Fridays for Future” movement. Even before the outbreak of the coronavirus, a rethink was underway.

The coronavirus only reinforces developments that were already evident. The perception, attention, and correction of these issues should have the highest priority on an “Agenda 2030” for globalized societies. Thus, after the end of the pandemic it will be neither desirable nor useful to return to business as usual. On the contrary, many things will have to change in order to hold on to the things that are truly indispensable. These include respecting individual fundamental rights and maximizing the chances of a long and healthy life and greater prosperity for all.

Replacing global value chains with digital processes, online trading, data transfers, and local 3-D production on site at the customer’s premises creates completely new dependencies. Until now, individual links in global value chains were at risk of being abused. This could be individual governments threatening to impose punitive tariffs, trade restrictions, or even nationalization and expropriation in case of conflict. Another risk consisted of criminals disregarding property rights, violating patent protection, producing pirated copies, or carrying out brand piracy.

If digitalization is now changing the face of globalization, political dependencies and criminal activities will also change in character. The switch from the global trade in goods to virtual data transfer will be followed by an increase in cybercrime.

On the one side, there are private big data companies which more or less legally and openly collect company-specific data. They spy on interdependencies and networks as well as companies’ internal behavior patterns, decision-making structures, processes, and secrets. On the other hand, there are cyberattacks with the sole purpose of harming companies, personalities, government representatives, or politicians. There, the goal is to paralyze them for a while, destroy the trust that partners have in them, or undermine their public reputation.

Whoever dominates cyberspace will dominate the world economy. Europe, given the absence of products and services of its own with an similar price-performance ratio, currently only has the choice who it wants to depend on: the United States or China. In the first case, “big business”—i.e. private monopolies with huge market power—threatens to collect every conceivable information about people in order to rake in “big profits” at their expense. In the second case, it is “big brother”—i.e. the monopoly of an authoritarian state capitalism—which, without hesitation or regard for privacy, pries into the most intimate corners of people’s lives.

Digitalization as a response to globalization becomes a social risk when “bot” networks manipulate populations and falsify parliamentary elections. Fake news can sow hatred and mistrust and destabilize societies. In the same way, huge dependencies arise from the use of private data clouds, online shopping, electronic data traffic with banks and insurance companies, or e-government.

We must prevent the biological pandemic from being followed by a virtual one. People should not be forced to disclose private data to combat the coronavirus if this means opening the gates to virtual viruses. Security in cyberspace is one of the central state functions in the age of digital globalization. Good protection against big data, big business, and big brother is expensive. Insufficient protection, however, is far more so. It can destroy livelihoods and, in the worst case, call into question the stability of Western societies.

The coronavirus—as all disruptive processes—is likely to be an eye-opener for Europeans. It reveals just how vulnerable liberal economic and social models have become. At the same time, the pandemic will give an enormous boost to digitalization and the data economy. This, however, will create new risks. They need to be neutralized just as resolutely and forcefully as the original pandemic.