Budapest has been ever-more confrontational, refusing to accept a European Court ruling over refugees and ranting against Hungarian-born financier George Soros. But a rift with the EU would spell disaster. 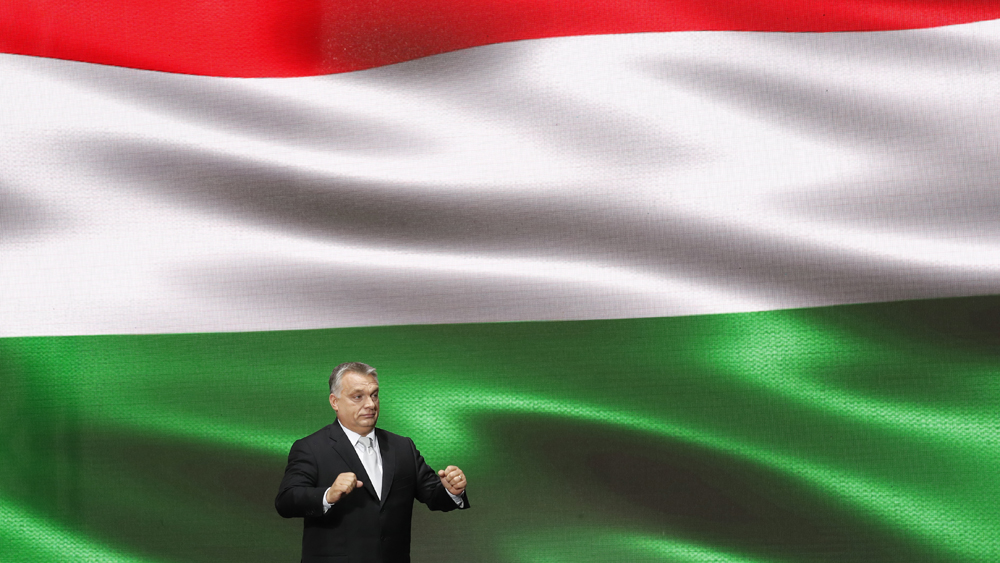 In 1956, Western European countries took in anti-Soviet refugees from Hungary. Six decades later, Budapest seems less than inclined to react in kind. To keep refugees and migrants out, Hungary has erected barbed wire fences along its southern border. Under the leadership of Prime Minister Viktor Orbán, nationalism is surging. In a speech last month, he commemorated the 1956 revolution by warning Hungarians that the European Union was intent on making their country part of a homogeneous mass, void of identity. “Hungary’s everyday life is threatened,” said Orbán. “The forces of globalism are trying to bash open our door, trying to make us become ‘Homo Brusselicus’ instead of Hungarians.”

Orbán’s polemic comes at a time when ties with Brussels are more strained than ever. A number of thorny issues have burdened the relationship, from Russia’s ties with ex-Soviet satellite states, to George Soros’ influence in the region. But no issue has roiled the waters more than migration. Hungary closed off its southern borders in 2015, building a double layer of fences to effectively – and visibly – protect its status as what Orbán calls Europe’s last “migrant-free zone.” Any migrants who approach the border and apply for asylum status are immediately detained in a prison camp along the border region.

Orbán and his ruling Fidesz party have also refused to comply with the EU’s compulsory quota system to distribute migrants among member states. Budapest (along with Slovakia) appealed to the European Court of Justice to avoid participating in the system and lost, but continues to defy the court’s ruling.

The recent case of Öcsény, a village in southwestern Hungary, highlights how fraught the debate over migration has become. In September, a private hotel owner offered to host a group of refugee children at his hotel for a free holiday. Though the children had already been granted refugee status, Zoltán Fenyvesi’s proposal sparked fury among villagers, triggering clashes and stoking anti-migrant sentiment. Fenyvesi was threatened several times, and his car tires were slashed. The local mayor resigned over the issue, blaming himself for having entered into the fray in the first place. Prime Minister Orbán failed to condemn the violence that swept the town. He told Hungarian journalists at the recent EU summit in Tallinn, “there have been so many lies regarding the migrant issue that if anybody says there will be children coming, then the Hungarians’ answer is: first the children, then parents, then the family, and then we’re all in trouble.”

A few days later the mayor of Cserdi publicly offered to host the children for a long weekend in his hamlet. He faced abuse almost immediately: a villager spat in his face, and a car tried to hit him on the crosswalk near his home. The government again failed to address the violence. Instead, Budapest keeps pointing the finger at the man they see as responsible for the influx of migrants: billionaire businessman and financier George Soros.

George Soros is hard to miss in Hungary these days. The government has funded a massive billboard campaign featuring his face and the message: “Let’s not let Soros have the last laugh.” Fidesz and state media accuse the Hungarian-born philanthropist of orchestrating the “Soros Plan,” a strategy that will supposedly bring millions of migrants to Europe and advance left-wing politics. Orbán’s government has also threatened to shut down the Soros-funded Central European University in Budapest; a bitter battle to keep it open is ongoing.

Soros and his Open Society Foundation say Orbán’s accusations of a nefarious left-wing conspiracy have no merit. The billionaire, who backs pro-democracy and human rights initiatives, has urged Europe to screen and resettle refugees safely in order to help developing countries that are shouldering an unfair burden. As a Hungarian-born Jew who survived Nazi occupation, Soros has said Budapest’s billboard campaign recalled “Europe’s darkest hours.”
“It is horrifying to see journalists [and] media workers being listed and labeled by the government media as Soros henchmen,” said Tamas Vitray, a prominent Hungarian journalist and talk show host. “I’m outraged and I think we’re playing with fire.”

The European Union does not share the Hungarian government’s views of George Soros. At the latest EU summit, Guy Verhofstadt, leader of the Alliance of Liberals and Democrats for Europe Group (ALDE) and MEP, called on Orbán to approve a permit to keep the Central European University open. Verhofstadt pointed out that the Open Society Foundation sponsored several Fidesz politicians’ studies in the early 1990s as well, including Viktor Orbán’s semesters abroad. EU leaders have also called Hungary’s refusal to resettle its share of migrants unacceptable.

Yet Fidesz is not backing down. It has launched what it calls a national consultation on the EU’s resettlement plan, sending out surveys to millions of voters to ask whether they agree with Orbán’s position. Officials have already begun delivering the surveys and setting up stands across the country where government-paid advocates stop passersby. One such booth at Budapest’s Corvin metro station on a late October morning read “Say no to Soros’ devious plan!”

It remains to be seen how much support the government’s consultation will actually garner. The far-right radical opposition party Jobbik recently financed a survey by the Compass Institute, a Budapest-based conservative nationalist think tank. Less than half of those surveyed actually agree with the government’s views on migration. Only 39 percent believed that the Soros Plan exists, while 43 percent say they don’t think so. Also, 57 percent of Hungarians deemed the national consultation a bad idea – including 29 percent of Fidesz’s own supporters.

Jobbik, for its part, has been highly critical of Soros’ alleged interference. But it has also questioned why the government is not sounding the alarm over a “Merkel Plan” or a “Juncker Plan,” arguing that the German leader and European Commission President have championed the rights of migrants far more than Soros. Now the State Accounting Office has launched an investigation into Jobbik’s own party finances. Gabor Vona, Jobbik’s leader, claims the probe is a government attempt to demoralize its critics.

As opposition appears to be slowly gaining ground at home, Viktor Orbán is seeking friends abroad. His government has steadily been building closer ties to Vladimir Putin, and Hungary has enlisted Moscow’s help to refurbish and expand its Paks nuclear power plant, which was built under Soviet rule in 1982. The EU is examining the legality of the power plant expansion.

Putin visits Hungary regularly. During his last visit in August, he said: “Our Hungarian partners are eager to have our projects completed.” Peter Szijjarto, Hungary’s minister of foreign affairs, has told the press that the Paks project will “start to materialize as soon as next January.”

Still, the majority of Hungary’s large construction projects are made possible by the bloc’s funding. According to the European Commission’s own website, EU investment generates 6.3 percent of Hungary’s Gross National Income (GNI), making it “one of the countries that benefits most from EU funding.” More than 95 percent of all public investments are co-financed by the EU, according to the site. Various EU leaders have warned that Budapest could face financial consequences if it continues to defy the court’s ruling on the migrant quota. It is unclear, however, what legal means they can actually exercise to withhold funding.

Balázs Bodacz from the center-left Democratic Coalition party says even Fidesz and Viktor Orbán are concerned about the prospect of losing EU financial support. “There is no Hungarian economy without the EU’s markets or companies. Leaving the EU therefore would mean bankruptcy for the country, which none of the political powers could want,” he said.

Even so, some of Orbán’s opponents are worried about what will happen if Fidesz holds onto power in next spring’s parliamentary elections. “If Orbán and his government get another four-year term – and right now it very much looks like they will – we can bid farewell to our future. We have only six months to either lay the foundations or to give up our children’s and grandchildren’s future,” Gergely Lazar, an opposition analyst, wrote in an open letter. “It is not the Hungarians that have a problem with Europe, but it is Viktor Orbán himself who has a problem with Europe.”

Lazar also criticized opposition parties for not doing enough to hold Orbán’s government responsible for its actions and represent the voice of Hungarians who want to remain in the European Union. He is calling on them to unite, particularly as parliamentary elections, scheduled to take place in spring 2018, draw closer. Orbán and Fidesz have already begun their efforts to drum up support.