On external relations, the next European Commission needs to think bigger than its predecessors. Here are a few pointers for making the EU a star on the world stage. 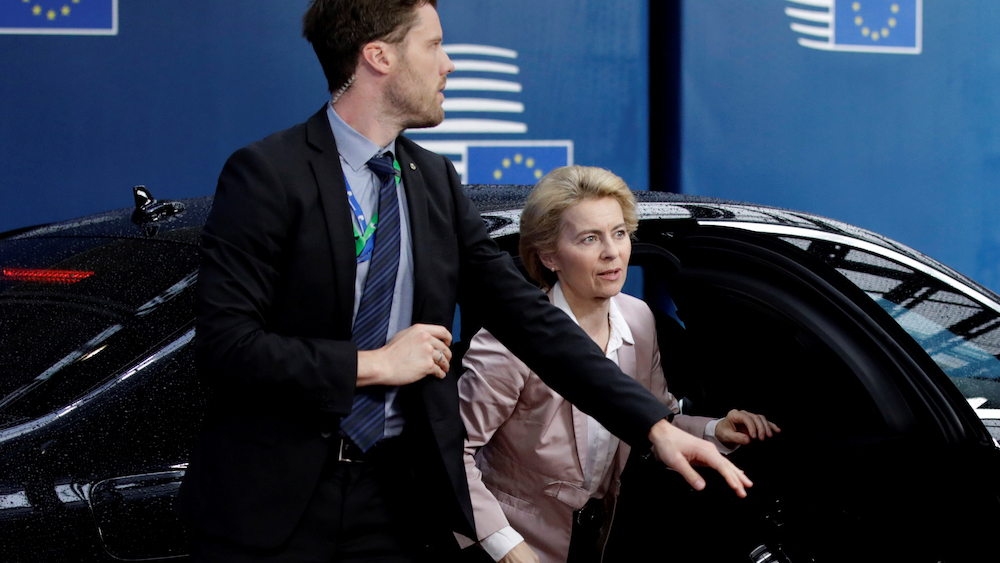 Policy-making is often like the dreaded writing of to-do lists: one tedious problem after another needs to be sorted, tackled, and—rarely—crossed off. This is particularly true when it comes to foreign policy: crisis management is its heart and soul. Most of the time, foreign policy has to deal with urgent developments ranging from armed conflicts to diplomatic incidents, and forward planning rarely goes beyond the horizon of one year. It is very much a “firefighting and avoiding the worst” portfolio.

The foreign policy to-do list of Ursula von der Leyen’s “geopolitical” commission is no different: relations with Russia and the United States need to be improved one way or other, but as fast as possible; those with China need to be redefined; an entire continent (Africa) has to be lifted out of poverty to prevent mass migration, and wars in the Middle East and North Africa need to be ended before new ones break out, in that region or elsewhere.

In short, one rarely gets the chance to write a foreign policy bucket list filled with positive things to be achieved as one races from problem to problem. But let’s try it here.

Take the Middle East and North Africa, a region that carries “bad news” as its byword. The nine ongoing, frozen, ending, or emerging conflicts in the region are all playing out against a dirty background of raging youth unemployment, militarization, and human rights violations. Discouragingly, efforts to improve the situation have not led to the desired results of forging a more prosperous and peaceful region.

A Solar Powerhouse at Europe’s Doorstep

But this does not mean that the new European Commission should simply continue as the old one has done, or worse, give up on the region altogether. In fact, beyond the rubble and the drama lies an opportunity that should be on the foreign policy bucket list: turning the region into a solar energy powerhouse.

Granted, this will involve an effort that goes beyond the commission’s five-year term, but the transition needs to start now. By 2035 at the latest, the region could be waving goodbye to rentierism and celebrate having become climate-neutral; it then could help Europe do the same, cooperate in a trans-continental electricity grid, create jobs, and meet exploding energy needs.

Turning to green energy on a massive scale would also help mitigate instability in states that are not ready for the end of oil, such as Iraq, Yemen, and Algeria. This in turn would save the EU from more trouble down the line. It would require climate financing for those states that have already requested it (Algeria, Egypt, Tunisia), but also some climate diplomacy—reaching out to those states that do not require financing but a political nudge in the right direction, such as Saudi Arabia or Iraq. If all goes well, lessons learned here can very well be applied to sub-Saharan Africa, too.

Another cluster of issues on the EU’s foreign policy to-do list involve the United States and China. Beyond the troubled bilateral status of affairs lurks a populist new world order in which, or so it seems, Europe and the multilateral, liberal old world have evaporated.

Take the Lead on Climate Change

Here, too, the EU’s usual foreign policy tools have failed to deliver: diplomacy and sticking to European values have not stopped Donald Trump’s US from breaking diplomatic norms, or China from becoming the first digital dictatorship. With a bit of luck, some say, a new American president will take us straight back to 2009, but this is wishful thinking: Obama did not care that much more about us Europeans than his successor; he just spoke more elegantly.

Instead, Europe has to come up with a plan for what it wants to be in 2030, and the basis for it needs to be created now. And if the future is to be European, we need to take the lead on climate change and related technology.

In the future, carbon neutrality and related technologies will not be merely environmental assets— they will be strategic assets, too. The vacuum the US has left by disengaging from the fight against climate change is one that Europe can easily fill—and be greatly rewarded for doing so. States that lead in this field will have more allies and friends, sell their technology, and be aspirational leaders. The Chinese leadership has understood this, which is why China is leading in this field, not us. Being a climate leader will also mean relying on renewable energy (also coming from the Middle East and North Africa) and therefore being less energy dependent (hint: from Russia).

Develop a Strategic Capacity to Act

Speaking of Russia: no matter what one thinks of Moscow, it knows how to talk “military”—a language the EU is still learning to speak as a collective. But while some of us still think that this is a language made up of neat and snappy acronyms and abbreviations, its most important component is the will to act. As the annexation of Crimea and the Syrian war have shown, Russia will not be deterred by diplomatic or economic language only. Indeed, in the past five years Russia only changed track when it had to fear a military confrontation, with Turkey and with the United States.

Make no mistake, though: the case made here is for a robust posture, not for military action. But this is precisely where Europe struggles the most: with addressing violence and conflict generally, and specifically dealing with military matters. Most EU missions abroad are civilian in nature.

What is needed on the bucket list in this connection is therefore not to create a Europe-only NATO, or to push more energetically for PESCO, CARD, or EDF. Rather, the EU needs to develop the strategic capacity to act. The current debate about Europe achieving strategic sovereignty is far too focused on assets. It misses the point of what sovereignty is: a mind-set, a self-awareness, an attitude that uses these assets.

Therefore, achieving European strategic sovereignty is not about purchases or procedures; it is a process whereby European states understand what they want to achieve in the world, and by what means. For the EU, this means less bureaucracy and more inner-European diplomacy. The exchange on foreign policy needs to be revitalized, common ground needs to be found, the different bodies need to be integrated, and honest conversations need to be had.

Last but not least, a revolution in foreign policy communication, perhaps not in itself a foreign policy objective, is key to all of the above. European—and international—audiences today understand our bureaucratic and anodyne language even less than before; emotion, authenticity, and humanity will have to become part and parcel of how we Europeans speak about what we do in the world, or we will continue to lose credibility very quickly.

With these key points, the EU’s foreign policy bucket list is short yet aspirational. It will never replace short-term to-do lists, but it would help us maintain a positive momentum as we manage one crisis after the next—and lead to concrete achievements by 2024.