Is Germany over-represented in European institutions? The “Selmayr affair” thrust that question into the spotlight. Crunching the numbers shows, however: Brussels isn’t ruled by Berlin. 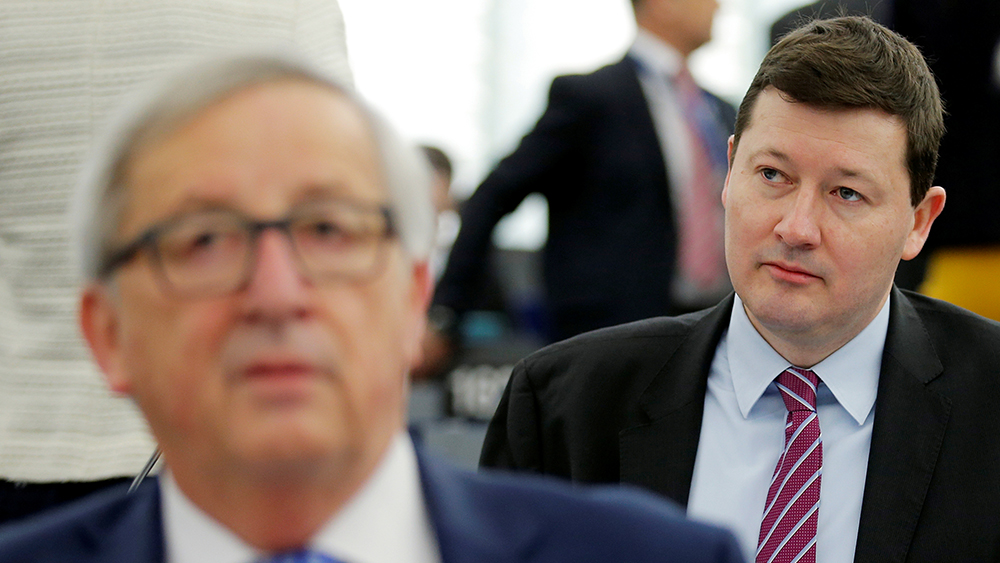 It happened in the blink of an eye: a seemingly mundane personnel decision in Brussels ballooned into a Europe-wide controversy. On February 21, European Commission President Jean-Claude Juncker proposed his chief of staff, German lawyer Martin Selmayr, as secretary general of the Commission. All 28 European commissioners gathered at 9:35 a.m. to approve the promotion. By 9:39 a.m. the Brussels press corps found emails in their inboxes announcing that Juncker would hold a press conference to discuss the staffing decision. It did not take long for the questions to start swirling: Was this a backroom deal to catapult a deeply influential Brussels careerist into the Commission’s top civil servant position?

From a purely legal perspective, there was nothing wrong with Selmayr’s promotion. But it certainly did not look good, coming as it did one year ahead of important European Parliament elections. The hasty press conference looked no better, and it became clear that many in Brussels were well aware of the trouble Selmayr’s appointment presented.

“The perception was not overwhelmingly positive―it was more the opposite,” admitted Commissioner Günther Oettinger, who oversees budgets and personnel, to MEPs during a hearing on the matter. “The issue has also struck a chord with politically-interested citizens beyond Brussels.”

It has done more than strike a chord: it sparked a furious backlash across Brussels; the European Parliament itself has reproached the Commission for the opaque nature of its appointment process. The episode has also underlined a long-running complaint in Brussels―that Germany is disproportionately represented. After all, three of the four institutions now have German secretaries-general: Selmayr in the Commission, Klaus Welle in the Parliament, and Helga Maria Schmid in the European External Action Service. And if Uwe Corsepius had not returned to Berlin three years ago to oversee European policy in the chancellery, it would be―to put it bluntly―4-0 for Germany against the rest of Europe.

The cacophony of dissenting voices is no longer limited to southern Europe. English-language press have also jumped on the Selmayr affair: “Brussels’ Selmayr problem: Too many Germans in top jobs” was the headline in Politico the day of the appointment. But that assessment is questionable.

“I don’t believe these German EU officials are following the German government’s drumbeat, especially not Selmayr―he wasn’t Berlin’s candidate for the job,” commented a high-ranking diplomat from a Mediterranean member state who asked not to be named. “This is a temporary phenomenon. There will be a lot of changes in 2019.”

That may be the case, but how does one actually measure too much power or influence? There are two approaches to that question, and both cast doubt on the Germany critics’ assumptions. The first is purely quantitative―counting the number of German officials working in the Commission and Parliament (the largest institutions by size). According to the Commission’s annual statistical report released in January, only 2,154 of its 32,196 employees were German nationals―6.7 percent. In comparison, Germany financed 20.6 percent of the union’s budget in 2017 and funds 27 percent of the European Stability Mechanism.

Other member states have far larger representation in the Commission, both in absolute and relative terms. With 5,060 employees and 15.7 percent of the staff, Belgium holds the record―understandable, as the EU’s power structure is based in Brussels. Italy is next with 3,889 officials, or 12.1 percent, followed by France with 3,174, or 9.9 percent. There are also more Spaniards than Germans in the Commission, namely 2,403 (7.5 percent). In terms of population size, Greece is particularly successful in deploying its citizens to Brussels. Although there are about seven times fewer Greeks nationals than Germans, there are 1,296 Greek officials in the Commission.

The Parliament tells a similar story. The office of the EP reported that there are currently 7,698 staff in its service (excluding the MEPs and their staff). Belgium is once again at the top with 1,215 officials, followed by France with 960, Italy with 739, and Spain with 549. Germany has 492 officials in the Parliament, only 6.4 percent of all permanent parliamentary staff. Greece is also very strongly represented here with 306 women and men.

Yet this purely quantitative approach alone does not answer the question of whether German power has overextended its reach. After all, there is a big difference in the political momentum of a director general and that of a rank-and-file official.

The Commission’s statistical bulletin also includes a breakdown of all ranks, listed by member state. That bulletin shows, once again, that Germans are actually under-represented in the Commission. In fact, Germany does not field the most officials at any level. France leads in this category, followed by Italy and Belgium. In other words, the average Commission official is far less likely to be German than expected, and a German is far less likely to occupy higher ranks.

But what about the top layer―the directors general―where the institutional political power is consolidated? With the personnel decision taken on February 21 together with Martin Selmayr’s appointment as Secretary-General, the Commission now has five Directors-General from France, four each from Germany, Italy, and Spain, three from the United Kingdom, two each from Finland, Greece, Sweden, and the Netherlands, and one from Estonia, Lithuania, Luxembourg, Poland, Portugal, Slovakia, and Cyprus, respectively.

Of the current German Directors-General, only Johannes Laitenberger has a politically important portfolio. Rudolf Strohmeier heads the Publications Office, Manfred Kraff the Internal Audit Service, and Ann Mettler the European Political Strategy Centre, the Commission’s internal think tank. They may have important positions, but they are political lightweights compared to domestic market, agriculture, regional policy, or business and finance departments. The statistics thus invalidate the argument that the institutions are in German hands.

Still, the tendency of member states to wave their national flags and stir emotions in Brussels is growing. Adriaan Schout, a Senior Research Fellow and Europe coordinator at Clingendael, a Dutch independent think tank on international relations, said: “The topic is coming back, and that is dangerous because it undermines the unity of EU institutions. People already have the impression that Germany and Italy are disproportionately represented.”

Schout believes European Commission President Jean-Claude Juncker is partly to blame because he dismantled an initiative by his predecessor, José Manuel Barroso, that would have overhauled personnel and management. Commissioners could no longer have a Director-General of the same nationality serve under them. „One of the few good things Barroso did was to eliminate this national flag problem,” Schout added. Yet the Juncker-Commission in January appointed a Greek Director-General to head the department for migration and home affairs despite the fact that the corresponding commissioner is Greek, too.

The debate is only likely to intensify as European elections approach in May 2019, particularly in the context of Draghi’s succession. If appointed, Jens Weidmann would be the first German to lead the ECB―and Draghi’s term already expires in October 2019. Karel Lannoo, CEO of the Center for European Policy Studies in Brussels, questions Weidmann’s appeal, “not because he is German—he is simply a bit too talkative.”

“He has publicly taken clear positions. A central banker should not be a politician,” he said. So where does the perception of German political dominance stem from, if it is not reflected in the staff of the institutions or halls of power? France has not had a world-class president since François Mitterrand; Italy’s inconclusive election is likely to culminate in a government led either by the populist Five-Star Movement or reactionary right-wing Lega party, possibly even both; Spain was shipwrecked in the real estate and financial crisis; and Poland has been sidelined under the conservative PiS government.

Simply put, no one can dispute Germany’s leadership role. And with the institutional strengthening of the European Council under the Lisbon Treaty, European policy—both right and wrong—has become a top priority. Berlin is increasingly becoming a clearing house for all of Europe’s political issues. Since 2003, a research group from the Centre for European Research at the University of Gothenburg in Sweden has regularly asked EU diplomats from all member states the following question: “Which member states do you cooperate with most in order to develop a common position?”

Based on anonymous responses and a scoring system, the group compiled a list of member states that have the most networking power. No surprise here: it’s Germany that is leading the list. And it is not a question of the positions Germans hold in Brussels.