In just two weeks, Austrian politics was turned upside down. The “Ibizagate” video caused the collapse of the government and forced the chancellor out of office. But plus ça change… 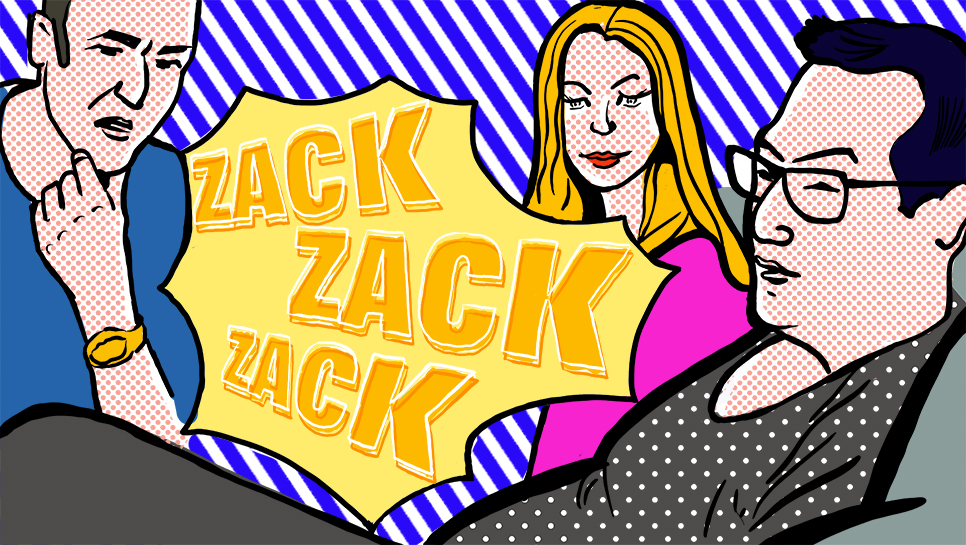 Zack, zack, zack—three short, harsh-sounding words that have suddenly taken on a completely new meaning in Austria. Usually, the three Z-words uttered together in quick succession would not have had any negative connotations. On the contrary, the expression described a particularly eager, speedy way of working. If you had done something zack, zack, zack then it meant that it had been achieved pretty easily, quickly, and without coercion.

But since May 17, 2019, this saying has gained an added layer of meaning. On that day, a secretly filmed video emerged in which Heinz-Christian Strache, Austria’s Vice-Chancellor and leader of the far-right Freedom Party of Austria (FPÖ), explained the power mechanisms in the country to a woman posing as the wealthy niece of a Russian oligarch.

In a duet with his party colleague Johann Gudenus, he boasted about how easy it was to buy influential newspapers in Austria and award highly valuable state contracts to large companies. If one could gain control the Kronen-Zeitung, the biggest tabloid newspaper in the country, then it would be easy to bring in new journalists—“zack, zack, zack,” Strache said, while lounging comfortably on the sofa of the Ibiza villa and wearing a tight-fitting T-shirt.

Throw out the unpleasant reporters and replace them with docile writers. Zack, zack, zack—that’s how quickly it could be done. The oligarch’s niece turned out to be a skillful actress, the night in the Ibiza villa a trap that had far-reaching consequences for the two right-wing populist politicians and for Austria itself.

A Symbol of Complacency

This triple zack has been on everyone’s lips ever since. It has become a linguistic memorial—a symbol of the complacent willingness of members of the government to abuse their power. The three words have been emblazoned on the front pages of newspapers, quoted in just about every comment online and used ironically by the Austrians to describe what has happened in Austria since “Ibizagate.”

First, the main protagonists in the video, Strache and Gudenus, resigned from their offices. On the same day, Austria’s Chancellor Sebastian Kurz, leader of the center-right Austrian People’s Party (ÖVP), ended the coalition government with the FPÖ and called new elections. Shortly afterwards, the opposition parties Liste Jetzt and the center-left Social Democratic Party of Austria (SPÖ) tabled a parliamentary motion of no confidence in Kurz, which was adopted by a majority with the votes of the FPÖ.

And so, for the first time in its history the Republic of Austria has a transitional government of experts appointed by the president, led by a new chancellor, Brigitte Bierlein, who was previously president of the Constitutional Court. New elections will be held at the end of September. All this happened in less than 14 days. Zack, zack, zack.

Events have moved so fast that by now, the Ibiza video has been pushed into the background. Now, only two years after the last general election in October 2017, all the parties are facing another summer of campaigning. The Greens, who lost all their seats last time round, have a good chance of reentering parliament; the Liste Jetzt, a spin-off of the Greens, will probably lose their seats.

The SPÖ is deeply divided and has been unable to react with enough skill to profit from the chaos caused by the outgoing ÖVP-FPÖ government. The New Austria and Liberal Forum (NEOS), which only entered parliament in 2013, is doing a bit better, thanks to its resolute party leader Beate Meinl-Reisinger, and is seriously considering entering government after the election. The FPÖ under its new leader Norbert Hofer, who was the party’s presidential candidate in 2016, is presenting itself as the real victim of “Ibizagate” and is trying to pretend that it is relaxed about the departure of its leading figure Heinz-Christian Strache. Internally, that is far from the case.

Nevertheless, it is astonishing how little damage the scandal seems to have inflicted on the FPÖ: only nine days after the video was released, the party still achieved 17.2 percent in the European elections—in 2014 it was 20.5 percent. And Sebastian Kurz? Having done even better in the European elections than at the last national poll in 2017, the head of the ÖVP is confident of victory and eager to take back the Chancellery. The forced end of his government after less than 17 months has hugely annoyed Kurz, the youngest ever head of government in Europe. He strictly rejects the argument, made by many commentators and the opposition parties, that he made the right-wing populists of the FPÖ acceptable and thus contributed to the current chaos.

Austria’s deeply divided parliament is currently and quickly overturning various laws that were passed under ÖVP-FPÖ. For instance, it reintroduced the total smoking ban in restaurants, which Kurz’ government had lifted in the spring of 2018 despite strong criticism by doctors, labor lawyers, and others. But the issues that were raised by the Ibiza video and that should urgently be addressed, such as illegal party financing, the fight against corruption, or the sometimes far too close relations between the media and politics, are being simply ignored.

On the contrary. Strache may have resigned from his party office, and he may have not accepted his mandate as an MEP, despite attracting 44,750 direct votes in the European elections. But his family still has a lot of influence. Zack, zack, zack, and his wife Philippa Strache will be running for the FPÖ in the September national election. Zack, zack, zack, and Strache himself plans to become the party’s top candidate in the Vienna local elections in 2020. It seems Austria won’t be rid of those three Zs any time soon.