As aide to Czechoslovakia’s revolutionary leader Václav Havel and two-time foreign minister (2007–09 and 2010–13), Karel Schwarzenberg has had a ringside view of Europe’s imperfect merger. 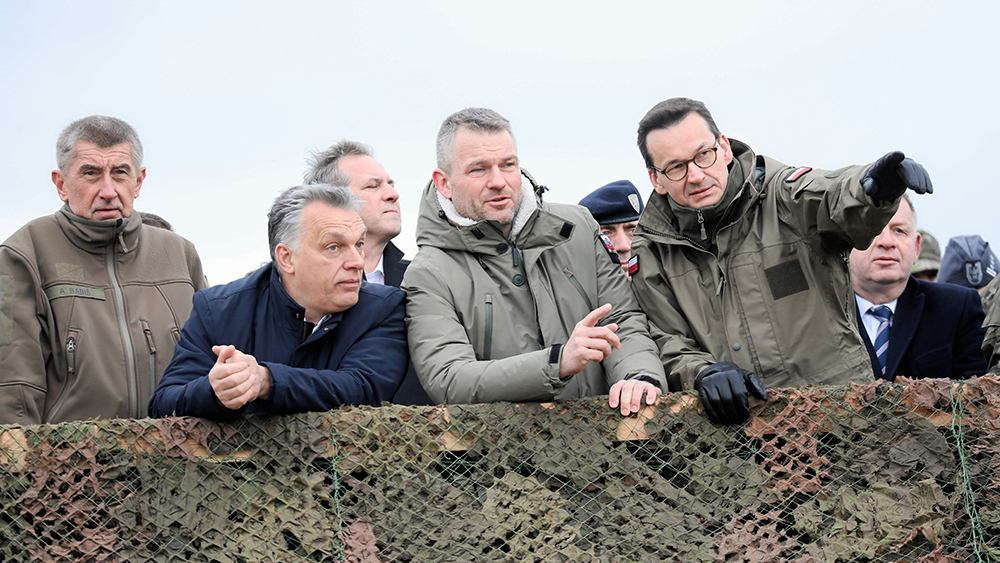 Mr. Schwarzenberg, how do you see the situation of the countries in Central and Eastern Europe today? Let’s start with the Czech Republic. I’m not very happy with the situation in my country. The economic situation is very good, the country develops very well economically. People are much richer than a few years ago. But the political situation is deplorable.

Is it comparable to the situation in Hungary and Poland? In Hungary, an authoritarian government has successfully eliminated every meaningful opposition, including all opposition media. And, one must admit, the top echelons of the regime have become much richer over the last years. The situation in Poland is different: There’s an active opposition and an active media. Even the worst critics of Jaroslaw Kaczynski [the leader of the Law and Justice party, which has been governing Poland since 2015] don’t suspect him of taking any money; in fact, he lives very modestly in Warsaw with two cats. So, there is a huge difference between Hungary and Poland. Of course, the Germans are not very happy with Mr. Kaczynski, and that’s understandable! He is a traditional Polish nationalist, but he is a decent man.

For these and other states in the region, what have been, and continue to be, the biggest challenges—authoritarianism, weak institutions, and corruption, external actors like Russia or China? There has been corruption in all our countries; it’s been worst in Romania. In fact, the further southeastwards to get, the worse the problem becomes. But in Western Europe, there has been corruption, too. In Central and Eastern Europe, it is slowly getting better.

How persistent are the aftereffects of communist rule? The consequences of the dictatorships are grave, of course–and you have to remember, often there were the Nazis first, then came the communists; taken together that’s up to 60 years of totalitarian rule. In Austria, the Nazis were in power for seven years only, but the country still grappled with the consequences in the 1970s. So of course remnants of that deplorable totalitarian mentality take a long time to disappear.

Are the Eastern Europeans being given their fair share of involvement in the European project? Well, if you ask the people, it differs, but basically, they are not that interested in the European project. However, they are interested in the economic success that started with membership of the European Union. They all know very well that they need the EU for their own economic gain and prosperity. But they are not really interested in the project as such. And then there are some demagogues like Viktor Orbán and others, including here in the Czech Republic, who do their utmost to denigrate Europe for their own populist interests.

What was the biggest failure of the German foreign policy in Central and Eastern Europe? German policy has always had this dilemma: the relationship with Russia. The Germans have been prioritizing Russia over its immediate neighbors for over two centuries now. That’s nothing to do with Russian President Vladimir Putin speaking very good German. You can go back as far as the early 19th century, or just remember the illicit cooperation between the Reichswehr and the Red Army in the 1920s and 1930s. It always leads to disappointment in Central and Eastern Europe.

Current German Foreign Minister Heiko Maas has spoken of redefining the term Ostpolitik as to no longer referring to Russia, but rather to Germany’s eastern neighbors… That would be nice if it would happen. But I’m afraid deeds are stronger than words. And of course, Germany should not abandon Russia in its foreign policy, but rather consider the interests of the other states, too. If you think of Russia’s aggression against Ukraine, where Angela Merkel has been mediating—after five years, some Germans still seem to have difficulties spelling out precisely who the aggressor is and the German industry is arguing for the lifting of sanctions.

How could the present divide between Western and Eastern Europe be overcome? Scrapping that famous project of the second gas pipeline [Nord Stream 2] across the Baltic Sea would be a start. It runs against the interests of Ukraine and other countries. Or speaking clearly about the situation in Hungary. Of course, the votes of Orbán’s Fidesz party were needed to make the European People’s Party the biggest political group in the European Parliament. But my impression is that German conservative politicians simply close their eyes to whatever Orbán does at home.

So we need more honesty? More honesty would be a wonderful idea.

The interview was conducted by Henning Hoff. Assistance: Matthias Hempert.