Gerhard Schroeder’s chancellorship shapes SPD foreign policy thinking to this day―and that is a good thing. 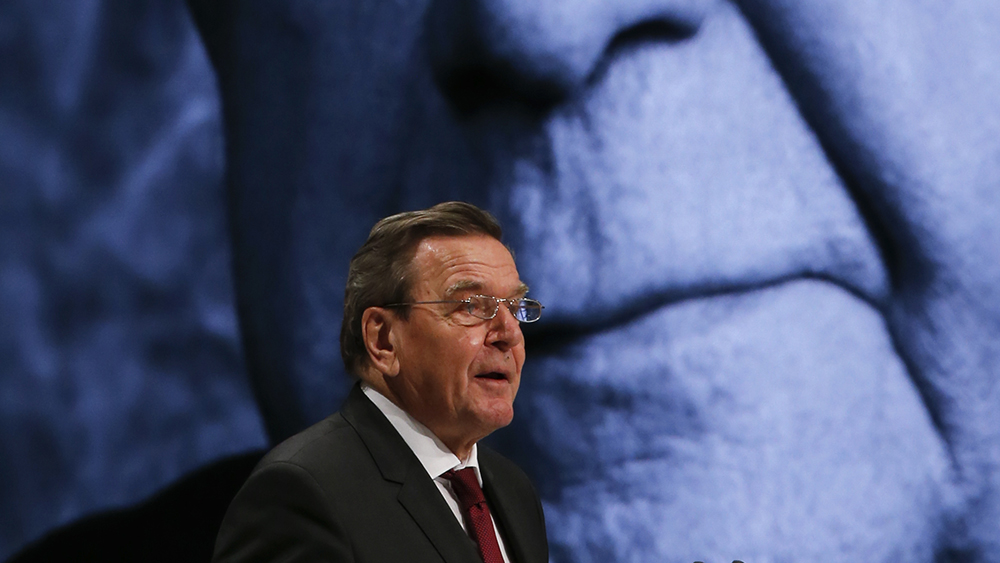 When the SPD addresses the big questions in international politics, it doesn’t take long until someone evokes Willy Brandt or Helmut Schmidt—names that stand for two social-democratic eras in German foreign policy. The global impact those two chancellors had rightfully remains a point of reference even today.

Much less present is the period from 1998 to 2005, although the Schroeder years still shape our foreign policy actions today; indeed, the red-green foreign policy compass can still serve as a reliable guide in 2019.

The center-left government led by Gerhard Schroeder, a coalition of Social Democrats (SPD) and Greens, had barely entered office in 1998 when it faced its first test: Would Germany take part in the NATO mission against Serbia? Schroeder and Green Foreign Minister Joschka Fischer demonstrated decisiveness and persuasiveness. After a fierce debate within their parties and society at large, the government supported the Kosovo mission—one still seen as necessary today—in order to prevent a humanitarian catastrophe in Germany’s immediate neighborhood. The government proved here, as it did with the Afghanistan mission after the 9/11 terror attacks, that it can be counted on.

It was as true then as it is today: Germany is a reliable partner to our allies. Because of the changed security situation in Europe—above all Russia’s illegal annexation of Crimea and its war in East Ukraine—it is important that we changed course and began once again to invest more in our defense. But anyone who measures solidarity solely in euros or dollars misjudges our extensive engagement: Germany is not only the second-largest supplier of troops in NATO, but also a partner that its allies can rely on, as we are still proving today in Kosovo and Afghanistan.

Afghanistan provides a good example of our approach: If a state cannot provide a minimum level of security, administrative presence, social services and education—and combine this with measures to politically involve marginalized population groups—then terrorist groups have it easy, and outside military support can only make a limited impact. The Schroeder government counted from the very beginning on building national and international support for the Afghanistan mission, which culminated at the end of November 2001 in the so- called Petersberg Process. The Federal Foreign Office under Heiko Maas is building on this tradition by promoting intra-Afghan dialogue, most recently at the conference in Doha in July 2019.

However, saying yes to more international responsibility, to solidarity, and alliance loyalty, did not mean that the SPD-Greens government would blindly follow into any foreign-policy adventure. Hence the no to the Iraq War. Chancellor Schroeder resisted US President George W. Bush’s attempts to cajole Germany into participating—a path advocated by then-CDU leader Angela Merkel. Developments after the Iraq intervention showed just how right Schroeder had been. The events of those years are seared into German society’s collective memory. The false statements about Iraqi weapons of mass destruction in particular created a deep sense of mistrust among Germans toward the US government. Having been temporarily forgotten in the euphoria of the Obama years, it is now again widespread because of the behavior of President Donald Trump.

The American saber-rattling towards Iran has massively increased tensions in the Middle East and raised fears of another US military intervention. But even if there is much to remind us of 2002/03, there are also conspicuous differences: Trump entered the political stage with the promise to bring American troops home. It is therefore unlikely that this president would start a new war involving US ground troops in the Middle East. But even with limited military strikes, there is a real danger of escalation of.

This is why we are very clear on this point: As long as we Social Democrats are part of the government, Germany will not take part in another military adventure in the region. It is also, however, clear that Iran must return to compliance with the nuclear agreement or UN sanctions will be reintroduced. The end of the nuclear deal would set off an arms race in the Middle East. Iran cannot have any interest in this—nor in a comprehensive sanctions regime with European participation.

Even if the Schroeder government accepted the use of military force as a last resort, it left no doubt that civilians means always had priority. Under Schroeder, the interdepartmental action plan “Civilian Crisis Prevention, Conflict Resolution and Post-Conflict Peace-Building” was adopted, and the Civil Peace Service, the German Foundation for Peace Research and the Center for International Peace Operations were founded. The foreign ministry built on this under Frank-Walter Steinmeier and Sigmar Gabriel to develop its expertise and capabilities in crisis management, conflict management, and peace promotion. Exemplary for these efforts is the establishment of the Directorate-General for Humanitarian Assistance, Crisis Prevention, Stabilization and Post-Conflict Reconstruction at the Federal Foreign Office.

Foreign minister Heiko Maas is determined to push forward with civilian crisis management. He sent an important signal in April 2019 when he dedicated the German Presidency of the UN Security Council to crisis prevention. Germany will also use its EU Council Presidency in 2020 to further expand the area of civil crisis prevention. As an important contribution, the foreign minister is pushing ahead with the establishment of a European Center of Excellence for Civil Crisis Management in Berlin. Particularly in view of budget pressures, we should not forget that investments in crisis prevention pay off financially. Every euro we invest today in prevention will benefit us in the future, since we would otherwise have to spend that money many times over to contain and resolve violent conflicts.

Although Schroeder spoke of a “German way” in the 2002 election campaign, foreign policy under the Red-Green coalition was still fundamentally European and committed to multilateralism. Schroeder and Fischer successfully supported the eastward enlargement, thanks to which the European Union won ten new member states in 2004. Fifteen years later, Maas is focusing on strengthening relations with the countries that joined the EU in order to counter the feeling of neglect within the EU that has since arisen. The SPD-Greens government also pressed ahead with bringing Turkey closer to the EU by opening accession negotiations—a political approach to a difficult partner, on which many in Turkey place their hopes, especially after the Turkish government’s backsliding on democracy and human rights. This approach should not be abandoned.

In his increasingly difficult relationship with Russia, Heiko Maas can build on the discussion formats introduced between 1998 and 2005. Schroeder created the position of coordinator for inter-societal cooperation between Germany and Russia and, together with President Vladimir Putin, initiated the annual Petersburg Dialogue. Particularly in these difficult times, it is important to have tried and tested channels at our disposal. We should venture more cooperation with Russia in selected areas of common interest. The EU should strengthen the dialogue with the Eurasian Economic Union at the regulatory and technical level and institutionalize it in the long term. Otherwise others will soon determine the rules of our neighborhood. China in particular is gaining more and more influence. Such cooperation is not incompatible with current sanctions and could help restore lost confidence.

The SPD-Greens government faced unprecedented foreign policy challenges from day one. Those years were not without their missteps, and not everything that looks successful from today’s point of view was the sole achievement of the Social Democrats—no question about it. But to take stock of the years between 1998 and 2005 is to come to the conclusion that the third era of social-democratic foreign policy under Schroeder set us, in many areas, on a course that is still right today—and therefore stands in the tradition of Brandt and Schmidt.