Europe has the capacity to become a global AI leader, and its data protection may even prove to be an advantage. But more support for startups and medium-sized businesses is needed. 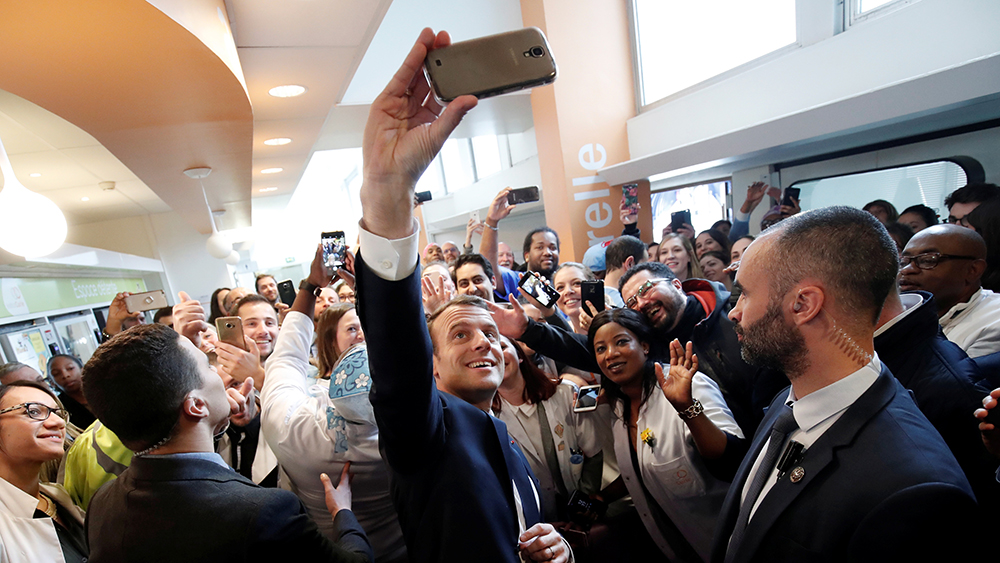 What is the best way to a collective European strategy for artificial intelligence (AI)? This past March, Cédric Villani, a member of the French parliament, established an important landmark to guide development. He wrote a parliamentary report titled “For a Meaningful Artificial Intelligence,” that has sparked passionate discussions across France.

Villani is a prominent public figure—a renowned mathematician who received the Fields Medal, one of the highest distinctions awarded to mathematicians, in 2010. In France’s political landscape, scholars like Villani are a rarity. His distinctive style of clothing and enthusiasm for technology have turned him into a public celebrity. “Artificial intelligence must be a topic of discussion for the general public, otherwise we lose our foundation,” Villani is often quoted as saying.

His AI strategy for France and Europe has three key features. First, it must be a joint European endeavor because only a collaborative Europe has the necessary diversity and scale for an ideal AI development. Second, the strategy must be cross-cutting, which means that experts from multiple disciplines, private companies, and startups should all contribute to AI development and research. Moreover, simplified administrative procedures should enable and guide this collaboration. Third, Villani explains that the AI strategy must be inclusive. Inclusivity means not only expanding discussion to include as many people as possible, but also protecting citizens and investing in education. Villani recommends that this European strategy should focus on four key sectors: transport, healthcare, defense, and environment.

The Franco-German collaboration on artificial intelligence must be prioritized, emphasizes Villani, who in his research over the past months has traveled several times to Germany. Both countries have no shortage of top mathematicians and computer scientists, he said during a talk hosted at the French Embassy in Berlin in early March. “Everybody admires the strength of the German industry and also the facility of German research and industry to collaborate. These things are very key in the development of AI.”

What Villani did not say is that German industry is still very much dominated by traditional sectors, like cars, chemical sciences, and industrial machinery. And it is precisely the success of these industries that has contributed to lagging development in digitalization, particularly for small- and medium-sized companies.

Industry in France is not as dominant as in Germany, yet France has succeeded in initiating a dynamic modernization process. French President Emmanuel Macron has managed to push through numerous reforms, and there is additional pressure on companies to invest in France. France’s overall strategy of providing public support for startups is beginning to produce results: the country is slowly gaining a reputation for innovation. At the 2018 Consumer Electronics Show in Las Vegas, the most important convention for technological innovation, France represented the largest international contingent with 270 startups.

In the development of AI, the relative strengths of the French and German economies could excellently complement one another. However, both countries suffer from a similar brain drain of artificial intelligence experts. “The competition for talented and skilled workers is going to be one of the largest European challenges,” warned German Chancellor Angela Merkel at the end of May during a visit to Porto. One example of this challenge is the French AI expert Yann LeCun, who left his country to become Chief AI Scientist for Facebook AI Research (FAIR). Not all specialists leave their native country: Antoine Bordes leads Facebook’s AI Research Center in Paris. Google also wants to build an AI laboratory in the French capital. In order to combat this brain drain threat, Villani suggests providing higher salaries and better working conditions for AI researchers at public institutions in Europe.

It took Chancellor Merkel a very long time to put together a government coalition, and this summer is seeing new challenges to her authority. But for now, Chancellor Merkel can finally work more closely with Paris. Talks are already underway on an effort to establish a joint Franco-German center for AI, as proposed in the coalition government agreement. Such a center could make use of German institutions already established near the border with France which could be expanded to provide a joint research network.

There is a German Research Center for Artificial Intelligence in Saarbrücken, which was founded in 1998 as a public-private partnership. The Saarbrücken AI Center is the best funded AI research center in the world, receiving resources from both the German federal budget as well as from major corporations like BMW, Volkswagen, Airbus, Bosch, SAP, German Telekom, Google, Intel, and Microsoft. Additionally, in 2016, a research network called “Cyber Valley” was founded in Baden-Württemberg, not far from the French border. It is supported principally by the Max Planck Institute for Intelligent Systems, which draws resources from research centers in Tübingen and Stuttgart. Cyber Valley receives national funds, but it also works with groups like Bosch, Daimler, Porsche, IAV (Engineering Society for Automobiles and Traffic), ZF Friedrichshafen, and the internet giant Amazon. Its research focus is primarily on self-driving vehicles—an important challenge for Germany, considering its large dependence on the automobile industry.

Aside from the location of the planned Franco-German Research Center, there is much more pressing question which needs to be discussed: Is this center really the best answer to the challenges and opportunities presented by AI? France and Germany already have outstanding research facilities, but they haven’t benefited much in terms of marketable innovations. This is precisely why some experts recommend that to create an effective European AI ecosystem, Europe needs to pursue a broader approach by combining funding for AI research with increased support for startups and middle-sized companies. This is exactly what Villani champions when he speaks of the necessity for “agile and widely usable” research—a research strategy characterized by more proximity to the market.

A report from the consulting firm Roland Berger titled “Artificial Intelligence—A strategy for European startups” follows a very similar line of thought. “Rather than coming from multinational firms as in the past, innovation now stems largely from research laboratories, digital platforms, and startups. These are the players creating algorithms and developing use cases, they are the brains behind innovations in image recognition, natural language processing and automated driving,” said the report’s authors.

Almost 40 percent of all startups active in AI are located in the US. In order to compete, the consulting firm calls for creating a European legal status for startups as well as increased incentives for financing European AI-startups, which have less access to capital than their American and Chinese competitors. The Berlin-based Stiftung Neue Verantwortung, a think tank focused on the interaction between technology and society, also recommends developing structures to help medium-sized companies integrate AI solutions into their business models.

Data Protection as a Plus

The acceptance and integration of AI technology in the general public and in middle-sized companies will be the key challenge in Europe’s development of artificial intelligence. Whether we look at nuclear energy, genetically modified food, or at the Volkswagen emissions scandal and uproar over diesel engines: no technology can prevail if it is rejected by a significant portion of the population. AI is not only fascinating for many people—it is frightening as well. Many are worried by the ethical problems of the emergent technology and scared by scenarios of enormous job losses caused by AI.

Meanwhile, medium-sized companies are concerned that technological innovations from AI, particularly with regards to computing power, might leave them behind or replace them entirely. These concerns also require a European solution that could be based, in part, on the EU General Data Protection Regulation (GDPR), which went into effect on May 25. The GDPR enables Europe to distinguish itself from its competitors as a region in which technology respects the boundaries of personal privacy.

The ethical dimension of EU data protection contributes to the attractiveness and competitiveness of Europe—just look at the US where numerous AI researchers have expressed their discomfort with the handling and processing of personal data. It is a distinctly European conviction that data privacy can in most cases be protected without sacrificing results by using anonymized data. This regulation is reassuring for citizens, but also for companies seeking to use data without compromising on quality or their protection of clients and partners. As a result of this added security and protection, businesses increase their ability to become integral parts of the AI ecosystem.

Without data, even the best algorithms are useless—and only the companies that know how to collect, analyze, and protect data in the long-run can reap the benefits of AI. Europe as a whole needs to strongly defend its values of human security and privacy. Only then can they serve as the necessary foundation for a competitive artificial intelligence that is “Made in Europe.”