China aims to become AI leader and a “technical-economic great power”. It‘s devoting huge resources to that goal. Preparing for the warfare of the future is part of the strategy. 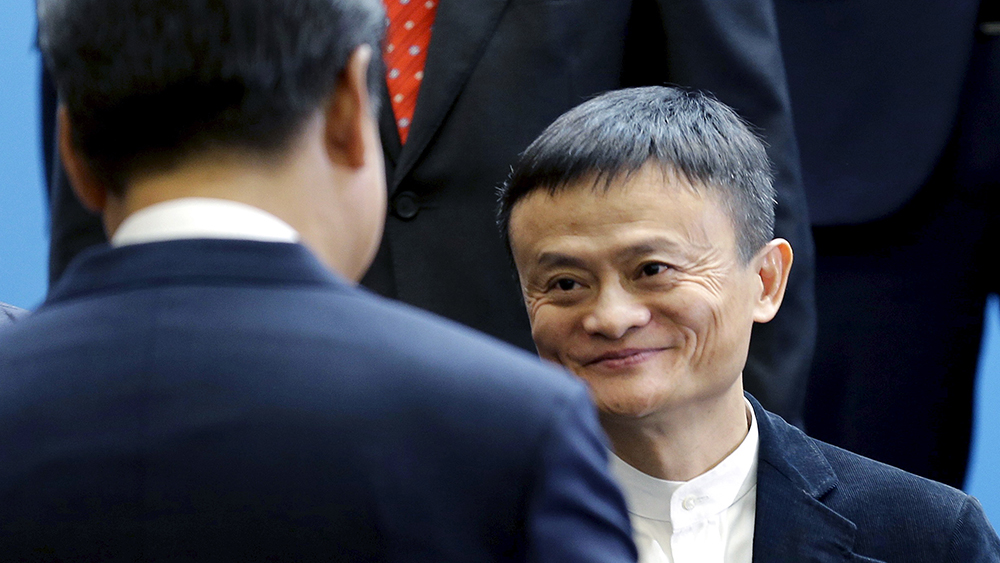 In Beijing’s Zhongguancun district, a non-descript skyscraper rises between a subway station and an electronics store; the name on the facade: Sea Dragon Buildings. The windows on the ground floor are boarded up and the businesses have long since been shuttered. Yet a few floors above, some of China’s most sophisticated start-ups are developing cutting-edge technology. One of them is Horizon Robotics, a company that is just three years old, but already a globally known name in artificial intelligence.

“Our mission is to create one of the leading platforms for AI worldwide,” said the company’s founder Yu Kai. He was head of the Institute for Neural Networks for Chinese IT conglomerate Baidu before breaking off to start Horizon Robotics. The company builds chips and software that resemble those neural networks and drive AI. Their technology can recognize and interpret patterns and situations—invaluable for companies working in the auto, aviation, and robotics sectors.

Horizon is a paragon of China’s booming AI scene. The country is well on its way to dominating what has become a crucial 21st century technology. The State’s Council announced at the end of last year that China is aiming to develop world-class AI technology by 2020: “The use of AI should underpin our aspiration to be on equal footing with other innovation leaders,” wrote China’s top state planners in a July 2017 directive. “This is the new focus of international competition and the strategic technology of the future.”

In other words, China is not only endeavoring to be a central production site for the next generation. It wants to even the playing field with its global rival, the United States. After all, the country that dominates AI will, according to experts, also gain a key military and geopolitical edge. And China has left no doubt about its ambition: to be a “technical-economic great power,” according to the directive.

It is no wonder, then, that AI has top priority. In an address last year, President Xi Jinping called the technology one of the pillars of his economic policy. “It is important to promote the deep integration of the internet, big data, artificial intelligence, and the real economy,” he said in his 2017 party speech. And if China sets itself an objective, things start happening. Billions have been invested in innovation and start-ups, and the country’s provinces are competing to have AI companies settle in their regions. In its 2017 Global Artificial Intelligence Study, consulting firm Price WaterhouseCoopers dubbed the growing competition between China and the US a “global AI arms race,” where the great powers will compete—and where the “war over research, investment, and capable minds” will eclipse any trade dispute.

The Chinese planning apparatus is indeed pursuing a long-term approach and investing heavily in training. AI has been a nationwide subject in computer science education for a few months now; the first lessons begin in primary school. Initially, 40 select schools are offering courses for secondary school classes—at a level that elsewhere in the world would be considered appropriate for universities. The Ministry of Education started issuing its own textbook on AI in April, according to the Hong Kong-based daily South China Morning Post. Colleges and universities, meanwhile, encourage students to start their own companies.

China has already acquired considerable knowledge and success in AI. The Beijing City Council counts some 400 AI companies in the vicinity of the Horizon Robotics office alone. And according to a study by the Japanese engineering company Astamuse, China is second in the world in patent applications, only behind the US. But they are catching up fast. Also, AI is already in regular use in China for a wide range of applications. Facial recognition, for example, is widely employed. In some public bathrooms, a machine will only dispense toilet paper to people who first look into a camera—and they only receive four pieces of paper. If the same person tries to return for more, the machine refuses. The idea is to stop people from stealing toilet paper (a rampant problem authorities are trying to stamp out). Then there are university entrance exams: schools are required to register students with a biometric photo to prevent them from sending a substitute to sit for a test.

The biggest client, however, is the police. One of their contractors is Megvii, or Mega Vision, also located in Beijing’s Zhongguancun engineering district. The company’s facial recognition software is based on neural networks and can pick out and positively identify people from blurred images and in huge crowds. Beijing police are now able to catch suspects who make the mistake of walking down the street in a camera’s line of sight. Some 400 million cameras will be installed in public spaces across the country; soon, culprits will have no chance of moving around unnoticed.

In this way, an authoritarian state is gaining a sizeable technical advantage over the West. It is a paradox to many observers who believe democracy goes hand in hand with technological supremacy. “The reason for China’s success in AI and data mining, however, is precisely the lack of data protection,” says Dong Tao, a China economist at Credit Suisse.

The Chinese communication app Wechat, for example, processes seven billion photos per day that the government and AI researchers can access. As the Davos World Economic Forum pointed out, the explosion of patent applications in China is thanks in part to having the world’s largest digital user base.

Alibaba is another example of how China appears to be gaining an edge. Like Amazon, Alibaba is a platform for selling items online. The company uses adaptive learning methods to improve its suggestions for the customer’s next purchase, pointing them to its shopping sites like Taobao. With its algorithms, Alibaba can align and adjust its own forecasts to match actual customer behavior; the quality of Alibaba’s suggestions, therefore, are better than Amazon—according to their own statement, at least.

Horizon Robotics, meanwhile, is gearing up for the use of its AI chips in self-driving cars. For Beijing, it’s crucial to have key technologies in Chinese hands. The state does not directly fund Horizon Robotics, but it does so indirectly: if you want to sell high-tech products in the Chinese market, you have to demonstrate a minimum added value from a Chinese company. That’s why Audi is interested in using Horizon’s technology for developing self-driving cars in China. In other markets, however, the carmaker has turned to competitors, like US company Nvidia.

More and more, the Chinese appear to be surpassing the Americans in technology. Horizon’s cameras do not merely capture a pixel pattern, like traditional devices: They understand what they see and assign parts of the picture to a corresponding meaning. A cyclist is recognized and assigned a code; so is a building, a pedestrian crossing, or a mother with a stroller. And the chip even provides predictions on what might happen in the next few seconds. A yellow traffic light, for example, will turn red (it was just green); a cyclist will be one meter to the left (riding from the right); the mother with the stroller will likely stop (the pedestrian light is flashing red). The chips then feed that data to the central computer board, which uses the information to decide on the car’s next move.

AI on the Battlefield

Horizon doesn’t talk much about future uses of its technology, but it’s clear the possibilities are endless. Take aviation, where improved autopilot systems and autonomous aircrafts are already in use. That brings us to the military. In sealed-off research facilities, the People’s Liberation Army is furiously at work on mapping the future of warfare and its consequences.

In an essay that has since been taken off the internet, Officer Chen Hanghui from the Army College in Nanjing debated how artificial intelligence could “change the rules of warfare.” He came to the conclusion that technological singularity on the battlefield is imminent. Technological singularity is the theory that radical and rapid developments in AI will means that machines will overtake humans. Thinking systems can learn, adapt, and reprogram themselves, creating super-intelligence.

China’s military is already looking ahead to the time when traditional armies will not be able to compete with AI-driven, automated armies. The country’s air force considers the introduction of highly intelligent systems to its fleet an utmost priority.

“In the future, mobility of information will be a decisive factor in aerial combat, electromagnetic attacks, or cyber operations,” Yang Wei, Vice President of the Commission for Science and Technology at the state-owned Aviation Industry Corporation of China (AVIC), told the official state newspaper in July 2017. That opens an opportunity for China to “overtake the West,” he added.

Most Chinese defense experts have remained sober in their assessment of AI on the battlefield, describing instead the practical applications the technology can provide. Their attitude is mostly defensive: it’s about ensuring that China has the capability to defend itself should the need arise.

And for good reason. Militaries around the world are weighing up the same issues. The combat machine of the future is unassailable: It no longer has a human form; it distinguishes between friend and foe in a matter of milliseconds, and it reacts without hesitation, with minimal doubt. Experts have long since been raising the alarm bells over the dangers of such fighting machines, but as China’s military websites repeatedly point out, anyone who wants to survive in international competition needs that technology. If AI determines who rules the world, as Vladimir Putin recently noted, China is ready for the challenge.