Angela Merkel is in serious trouble. Three years after the peak of the refugee crisis, a simmering conflict over migration policy with her Bavarian sister party, the CSU, has turned into open warfare. 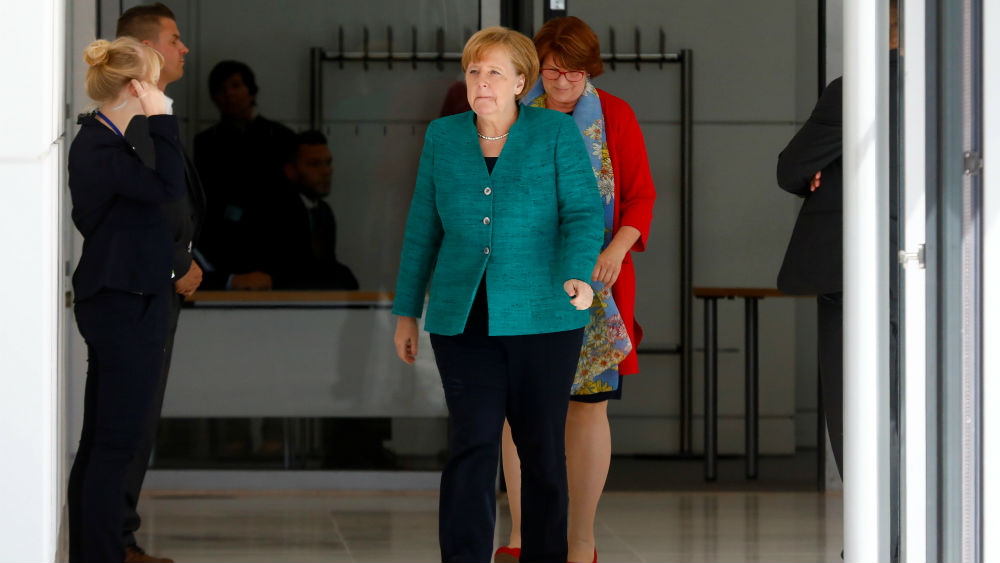 The signs of trouble emerged earlier this week, when Interior Minister Horst Seehofer of the CSU announced he would delay the presentation of his “migration master plan” – a blueprint for Germany’s strategy for handling migration going forward.

Merkel, however, has rejected the idea of Germany taking unilateral action (this is the only point in Seehofer’s master plan, incidentally, which Merkel does not support). She wants a European solution, or failing that, bilateral deals with countries like Italy. Either of those would allow for a legal, orderly way of returning migrants. A unilateral rejection of asylum-seekers at the border, on the other hand, could trigger a domino effect in which other countries close their borders, too. That would ultimately push the burden squarely onto countries like Greece and Italy, which have already taken in a large share of migrants and refugees.

That is why Merkel is fighting for more time – two weeks to hammer out a shared solution with Germany’s European partners. But her critics argue that she has already spent years trying to do so. The CSU sees its credibility at stake with a key regional election looming this fall; it is keen to appear tough on migration, an issue that continues to roil the country. The case of an Iraqi asylum-seeker suspected of raping and killing a 14-year-old girl, Susanna F., and the ongoing scandal surrounding Germany’s refugee authority – accused of incorrectly approving thousands of asylum cases – have heightened tensions in recent weeks. The CSU wants to show its voters in Bavaria that it‘s taking action.

The rift among Merkel’s conservative bloc escalated so dramatically on Thursday that many in government circles were discussing the possibility of a vote of no confidence that could oust Merkel. A Bundestag session was interrupted as CDU and CSU lawmakers held separate meetings.

A high-ranking leader of the CSU described the conflict with the CDU as “very serious.” There were rumors of the two breaking their union, an alliance that has stood for decades. That would lead to an historic shift in German politics. According to German newspaper Welt, a CSU parliamentarian went as far as telling a CDU lawmaker that Merkel doesn’t care about the German “Volk,” or people.

The debate is as much about individual policy as it is about larger principles. German conservatives have long complained that Angela Merkel has abandoned the center-right in favor of the center. Under her leadership, the military draft was abolished. Her government introduced a minimum wage. Germany has decided to phase out nuclear power and hard-working German tax payers have “bailed out” other European countries. Gay marriage is now legal. All of these decisions were controversial amongst Christian Democrats, but none of them are as significant as Merkel’s handling of the refugee crisis. Many members of her own CDU caucus support Seehofer’s hardliner approach.

The situation is all the more dangerous for Merkel because the conflict ultimately isn’t about the individual policy decisions. It’s about her handling of the refugee crisis as a whole. Merkel is now trying to buy time in order strike a compromise that’s favorable to German partners abroad and the CSU at home. While the conservatives argue among themselves, meanwhile, the other parties profit. The Social Democrats have called on the CDU and CSU to stop arguing and start concentrating on governing the country. The Free Democrats  have called for a vote on Seehofer’s policy in order to demonstrate to everyone just how divided the conservative bloc is.

At this point, creating a compromise that allows both Merkel and the CSU to save face will be incredibly difficult. CSU leaders have staked their credibility on winning this battle months before Bavarian elections in October. If Merkel fails to find a compromise abroad in the next couple of weeks and the CSU doesn’t back down, she can either give in to Seehofer’s demands or enter an open confrontation that could well cost her the chancellery.

There is a more immediate concern, as well. Seehofer could use the nuclear option of going above Merkel’s head and make an executive decision on turning asylum-seekers away at the border. Merkel would then face an impossible choice: She could let him get away with implementing a policy she has clearly rejected or fire him. If she lets him get away with it, her authority will disintegrate. If she fires the leader of the Christian Social Union, the government will collapse. Either way, her position would be under threat.

Angela Merkel is in serious trouble, but there is still good reason to believe that she will survive the crisis. Her critics have an incentive to appear tough on migration, but not to topple their own chancellor. Merkel continues to be popular, after all. Her critics need her to appeal to the center; she needs her critics in order to appeal to more conservative voters. In the end, Merkel is most likely going to stay in power by finding a way to make everyone a little unhappy, but not too much.