Preparations for the Conference on the Future of Europe are on hold. But the EU’s need to reconnect with its citizens will be bigger still once the work of Europe’s recovery begins. 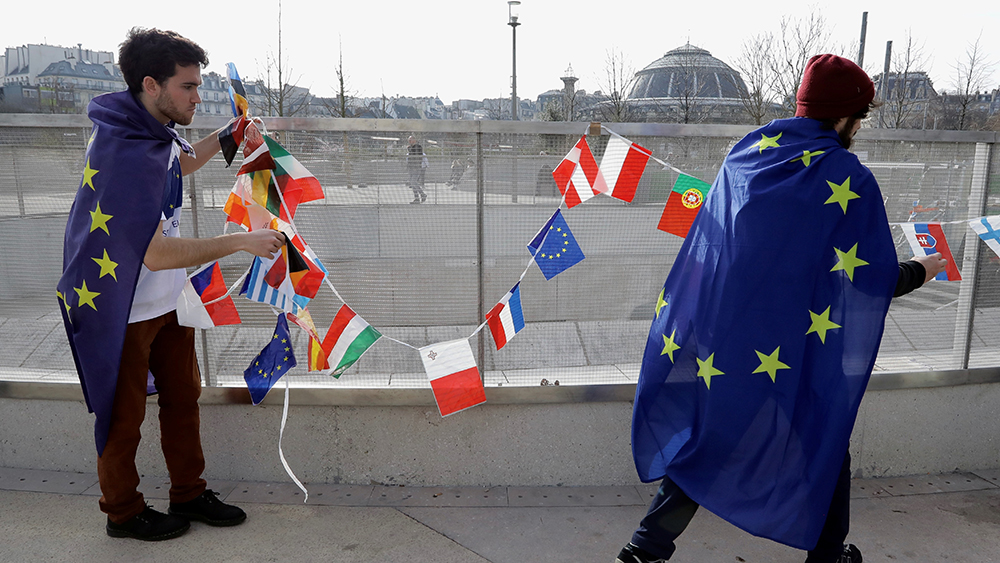 The Conference on the Future of Europe was supposed to kick off on Europe Day on May 9, 2020. It was French President Emmanuel Macron who first floated the idea to organize a conference to sketch out EU reform. Ursula von der Leyen picked up on this endeavor, in a move to appease a European Parliament critical of her nomination as Commission President. In her opening statement to the MEPs, she called for a “new push for democracy” and confirmed that the European institutions would organize the conference.

Recently, however, Dubravka Šuica, the European Commission Vice-President in charge of organizing the conference, announced in an interview with the Financial Times that the formal launch might be postponed at least until September due to the COVID-19 pandemic. This is understandable. For practical reasons it is difficult to imagine how such a two-year reflection process with comprehensive citizen involvement would work in times of social distancing and confinement measures. And European leaders’ political attention is currently rightly focused on managing the immediate crisis.

Either way, beyond the kick-off date and the general commitment from all three institutions, it is still unclear what the conference will look like. Before the EU switched into crisis management mode in March, the European Parliament, the European Commission, and the member states had not been able to agree on the composition, process structure, and mandate of the conference. The European Parliament was the first institution to set out its ideas for the conference, backing a rather ambitious resolution which “commits itself to a genuine follow-up of the conference with legislative proposals and possibly treaty change.”

The proposal foresees a Conference Plenary with representatives of the European Parliament and national parliaments, Council ministers, Commission Vice-Presidents, and representatives of other EU institutions, bodies, and social partners meeting on a regular basis. In parallel, citizens from all member states would gather regularly in several Citizens’ Agoras in different cities around Europe. At least two Youth Agoras are planned, too, whose members would be invited to present their findings at the Conference Plenary. A Steering Committee and an Executive Board would ensure a smooth functioning of the Conference.

The Commission’s response was relatively timid. It did not go into the same detail regarding the EU’s governance structure, nor did it refer to the possibility of institutional reform. Since then, all eyes have been on the European Council, where member states have so far shown little enthusiasm to push the Conference forward and have not even formulated a common position.

Thus, there are more questions than answers. To what extent will European citizens really be able to co-create the process throughout the duration of Conference? How often will the Conference reach out to stakeholders on the local, regional, and national level to allow for the widest possible participation and inclusion of views? How will the outcome of the Conference be translated into concrete policy proposals including legislative initiatives? Will treaty changes be an option?

The fact that the interinstitutional bargaining to define the conference’s approach and scope has not even taken place yet has lowered expectations significantly in the past months—despite initial excitement and push from the European Parliament to get the ball rolling. Even before the COVID-19 crisis management absorbed all attention, the focus had diverted from the debate on the Conference to other pressing issues such as the European Green Deal and the Greek-Turkish border crisis. Even in the Brussels bubble, where interest in such exercises is usually much higher than in the member states, it was no longer a top priority on the political agenda.

In principal, the Conference on the Future of Europe has great potential. It can serve as an important new impulse to European democracy and bring the EU closer to its citizens, while at the same time also aiming to make progress with respect to the implementation of the EU’s key policy priorities. Yet its mandate and objectives must be made clear. Otherwise, the good intentions will backfire, eroding citizens’ trust in such exercises and more generally in the EU. There have already been enough fruitless ad-hoc or on-again-off-again participatory processes, pretending to give European citizens a say in the debate on the future of Europe. This time, the European institutions should get it right. Proper preparation is key.

Now that the formal launch has been postponed, the unexpected timeout should be used to prepare the ground for what would otherwise have likely become a “going through the motions” exercise. The far-reaching economic, social, and political consequences of the COVID-19 crisis for the EU will make the conference even more pressing.

Lockdown measures throughout Europe have already led to a sharp spike of unemployment; a deep recession looms. Cross-border solidarity has been once again severely tested as the countries most affected by the health crisis initially could not count on the support of their European partners, who instead turned inward and closed their borders. In the eyes of too many citizens, the EU played too small a role, particularly when coordinating the necessary restrictive measures and distributing medical equipment. Old conflicts between the North and the South have resurfaced, with even more intensity and emotion. And in Hungary, Prime Minister Viktor Orbán has abused the COVID-19 crisis to undermine democracy, further strengthening his autocratic rule.

The public health crisis has revealed the limitations of the EU’s capacity to act and has challenged the concept of European solidarity. At the same time, it has laid bare the already existing institutional shortcomings. The Conference on the Future of Europe will not only be an opportunity to jointly assess the EU’s crisis management and come to terms with the initial lack of European action as well as the reflex for national solutions. It will also allow to explore what should really be at the core of the EU, and which public goods it should deliver to European citizens. At the same time, it can serve as an important instrument to channel citizens’ feedback and to distill necessary reforms in order to strengthen the EU’s cohesion and capacity to act—on institutional reform as well as on political substance.

The first task is to ensure that the conference will take place at all. The delay could tempt member states to scrap it entirely from the political agenda. Most of them had been rather skeptical from the beginning anyway, having expressed doubts about how effective the exercise might be and fearing it could open the door to talk of changing the EU’s treaties. As member states will have to fight the fallout of the COVID-19 pandemic in the coming months, they might completely lose their appetite to engage in such an exercise.

Therefore, the European Parliament as well as civil society organizations across Europe should push the member states to ensure that the latter stick to their commitment of launching the conference once confinement and social-distancing measures are lifted. With its recent resolution on the subject, the European Parliament has already sent a gentle reminder for it to be convened as soon as possible. And the signs are encouraging: a group of five ministers of EU affairs from Austria, Ireland, Greece, Bulgaria, and Belgium followed the Parliament urging their colleagues to commit to the conference.

Furthermore, the Parliament and the Commission should find common ground for an ambitious mandate and process to be discussed with the member states in order for the conference to be ready in time. The upcoming German EU presidency could provide an important impulse to broker an agreement between member states and steer the way toward an interinstitutional agreement. Any compromise should address the following two aspects:

First, the participatory dimension of the conference should build on similar experiences in the past, such as the European Citizens’ Consultations that took place last year. In fact, there is a long history of efforts by the European institutions aiming to better connect citizens with the EU, which offer valuable lessons that should be taken into consideration. Experiences from democratic innovations at the local, regional, and national level across Europe should also be harvested, such as the Irish citizens’ Constitutional Convention or the Ostbelgien Citizens’ Council in the German-speaking community in eastern Belgium. Success requires clarity and clear communication of the ultimate goal of the Conference in order to manage expectations, to enable citizen involvement at both the national and transnational level, and ideally a long-term participatory process that establishes a regular communication channel between citizens, civil society, and elected representatives that goes beyond a one-off exercise.

At the same time, all stakeholders should be aware of the risks that come with organizing such a participatory endeavor: euroskeptics will be keen to push forward their own agenda calling for returning competences back to the national level. Thus, pro-integrationists should be prepared to have a convincing communication strategy throughout all phases of the conference to counter misinformation and to deliver credible responses when being confronted with dissent regarding the European project.

Second, the point of departure should be an evaluation of the main consequences of the COVID-19 crisis for the EU and its member states. However, reducing the Conference to the health crisis debate would be shortsighted. It should also concentrate on strategic priorities such as the green transition, the digital agenda, the EU’s role in the world, and democracy and governance, based on the EU Strategic Agenda 2019-2024 defined by the European Council and the von der Leyen Commission. In addition, as the EU focuses solely on fighting the pandemic and its consequences, and certain policy fields face deadlock due to longstanding conflicts, the Conference could serve as an important tool to keep reform debates alive.

Debating the EU’s strategic priorities will also reveal the necessity of institutional reform, for instance the introduction of qualified majority voting in specific policy fields. Also, other roadblocks such as electoral reform or the Spitzenkandidaten process will need to be addressed. Thus, all institutions should clearly commit themselves to deliver concrete financial, legal, institutional, and policy reforms, and—if necessary—even treaty change.

In every crisis, there is an opportunity. Postponing the launch of the Conference buys time. In a post-COVID-19 period, the need for a comprehensive European soul-searching exercise will be greater than ever. European institutions should not waste the opportunity.