The Golden State is a heavyweight when it comes to fighting climate change and setting tech policy. It is time European leaders found their way to Sacramento. 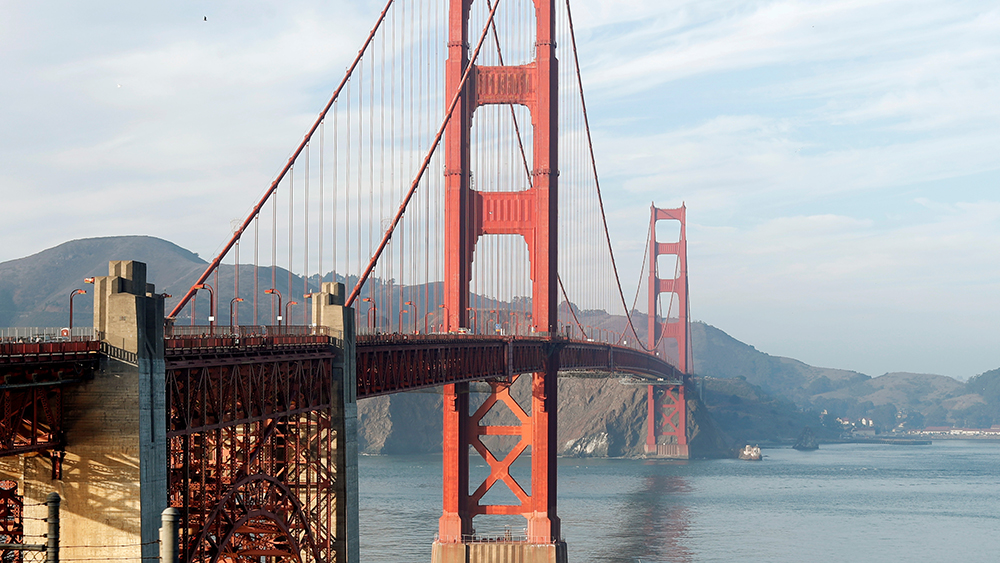 California is the fifth largest economy in the world and in recent years it has been pioneering a new brand of diplomacy, first on climate change and now increasingly on tech policy. With its relative political cohesiveness, policy philosophy, tech-industrial base, and soft power, the Golden State is moving into a unique league in the international system: a sub-national great power.

The role of US states globally has traditionally been relegated to trade delegations with governors occasionally travelling to foreign financial centers in search of investment. California’s first significant entrée as a diplomatic actor was over the issue of climate change.

California’s role at the 2017 UN Climate Conference marked a watershed. Then governor Jerry Brown led a coalition of states and cities dedicated to meeting the Paris Accord’s emissions targets despite the Trump administration’s withdrawal from the agreement. Speaking to a rapturous plenary session in the European Parliament afterward, Brown included California and Texas in a list of powers—along with the United States, Russia and India—that need to tackle climate change more earnestly. The scene had the trappings of an address by a head of state. The governor met with Chinese President Xi Jinping, and California signed an agreement to cooperate on climate tech and withstand the headwinds of the US-China trade war.

When it comes to tech, California is a superpower. European policy-makers know this. Well, kind of. Streams of ministers and political delegations from Berlin and Brussels regularly shuttle to Silicon Valley hoping to learn from the world’s most dynamic innovation ecosystem, attract investment from its oceans of venture capital, and take selfies with tech founders. But rarely—if ever—do they bother to travel 140 kilometers inland from the Bay Area to the Californian state capital of Sacramento. In fact, not a single European Commissioner has visited California’s State Legislature in recent years.

German Economy Minister Peter Altmaier likes to frame the tech race in starkly geopolitical terms as a clash of values, in which Europe must become a co-equal pole. But when it came to his high-profile US trip in July, where he was on a fact-finding mission into American frontier tech, the German minister visited Silicon Valley and Washington but skipped Sacramento, where he could have found natural allies.

As California resets the regulatory philosophy for tech, Brussels—and others—could be working with the state. Take for instance, California’s sweeping new Data Protection Law. Signed into law in June 2018 with little notice, it has been called an American GDPR because its provisions mirror the EU’s data directive so closely. The law’s effect will be significant. It provides similar protections to all classes of personal data, with fines reaching $7,500 per user and possible amendments that would allow for class action lawsuits against companies that systematically violate California’s data law.

More revolutionary, Sacramento is considering forcing data brokers to disclose the value of personal data. This would bring a whole new reality to personal data, allowing for lawsuits for damages, forms of taxation, transparency and other modes of commercial compensation. California tech laws are often replicated across the United States. Its data breach law became the gold standard for US cybersecurity and was copied by 48 other states. California’s data privacy law goes into effect in 2020 but other states are already beginning to copy it.

The Power of the Techies

As the development cycle for general purpose technologies like AI, 3D printing, and quantum computing accelerates, California’s move to set rules could have global implications. Sacramento was ground zero for Uber and Lyft drivers working to secure rights such as minimum wage, overtime, and health and retirement benefits. They have been joined by traditional unions in the attempt to redefine gig worker rights in a way that could revamp the 21st century labor movement. California is considering a blanket ban on arming police body cams with facial recognition AI. The state is also drawing on moratoria on facial recognition technology in San Francisco and similar measures in Berkeley and Oakland.

The implications could go beyond California’s borders with implications for global law enforcement, democracy, and open society. For instance, China has been recently caught using massive pools of facial data hoovered up in public spaces in the US to train surveillance AI meant to track and monitor the country’s mostly Muslim Uighur minority. And as recently as October 2019, California’s governor Gavin Newsom signed a law banning candidate use of deep fakes 60 day before an election.

Perhaps equally important, a large share of the world’s top programmers are based in California. They are increasingly mobilizing, when they feel their companies are betraying their values-based missions. Google programmers successfully rose up against the company’s cooperation with the Pentagon on Maven Project—an AI-face recognition project for military drones. More and more, California’s techies, too, will be looking to state politics as a check on companies, which could have significant implications for the US military’s tech edge. The Pentagon has taken note.

Sacramento is creating new institutional infrastructures to engage with the world. Newsom’s number two, Lieutenant Governor Eleni Kounalakis—formerly President Barack Obama’s ambassador to Hungary–has been appointed the state’s chief representative on International Affairs and Trade, a kind of Californian foreign minister. After the appointment, she called Trump’s trade policy “erratic” but went further, stating California’s ambition to help “set the standards for democratic values” around the world. The state already has an office in China and plans to open another in Mexico. Other states are doing so as well. For instance New Jersey has opened an office in Germany.

California is becoming a more confident global actor in other areas, too. Even as China and California have already started to build an asymmetric alliance on climate change, the state is increasingly taking strong positions on China’s human rights record, democracy and tensions with Taiwan and Hong Kong. California State Speaker Anthony Rendon stated, “all of us, here in California and elsewhere, have a duty to stand in solidarity with those who stand for freedom…I want the people of Hong Kong to know that California stands with them.”

The state’s massive procurement budget and even greater public pension system, CaLPERS, are increasingly being leveraged to advance human rights, democracy, and rule of law and to combat corruption. As a border state reflecting America’s changing face, it is leading the resistance on Trump’s immigration and relations with Latin America.

No Army, No Currency

There are, however, limits to California’s neo-Hanseatic bid to redefine statecraft. For one, the international system is still nation-state centric. California lacks some of the capabilities traditionally associated with Great Power status. First and foremost, it has no military. California is thus not a player in the exercise of war. It also lacks some of the geo-economic attributes that allow the European Union to project power internationally—namely control over tariffs and its own currency.

And there are the practical challenges. First, the primacy of Washington. California attempted to undercut the Trump administration by negotiating a deal directly with Volkswagen, BMW, Ford, and Honda to reduce greenhouse gas emissions. The deal effectively would have set emissions rates for the entire US, and in doing so, would have helped establish California as a regulatory hegemon within the US by setting American policy—in direct opposition to Trump’s Washington. But the Trump administration has been ruthless in its attempt to block California’s right to regulate emissions and has punished car companies for having worked with the state.

So Goes the World

Then, there’s Big Tech. As the state enters a great tech political awakening, it remains to be seen if California can resist capture by the state’s uniquely powerful tech juggernauts that are seeking to pacify the state’s policy ambition.

Like the world’s diplomats, Big Tech’s political Svengalis had long ignored Sacramento and concentrated their rule-shaping efforts on Washington, Brussels and London. For instance, they lobbied Congress for federal privacy regulations that would either supersede the Sacramento law or at least water down its privacy provisions. This has hit problems given the political polarization, dysfunction, and lack of bandwidth in Congress. Now, Big Tech is concentrating their efforts on Sacramento itself. After all, California is one of only two states—the other is Alabama—that are pushing ahead with a massive antitrust case against Google.

But even with these limiting factors, the rise of California heralds a criteria shift as to what makes a foreign policy actor—and a power—as geo-economic issues like climate change, and connectivity take on greater importance in global politics. As a direct result, the clean lines of the Westphalian system continue to break down. A neo-Hanseatic system of subnational actors is emerging with California at the forefront—joining a tapestry of other powers that include Big Tech companies, multi-stakeholder organizations, and political movements like FridaysForFuture.
New European Commission President Ursula von der Leyen has argued that her top two priorities for the EU’s next five years are tech policy and climate change, both areas where California is an undisputed global leader.