Europe has been left as a spectator in the US-Iran conflict as the EU half-heartedly tries to salvage the Iran nuclear deal. The new “geopolitical commission” of Ursula von der Leyen seems to be failing its first test. 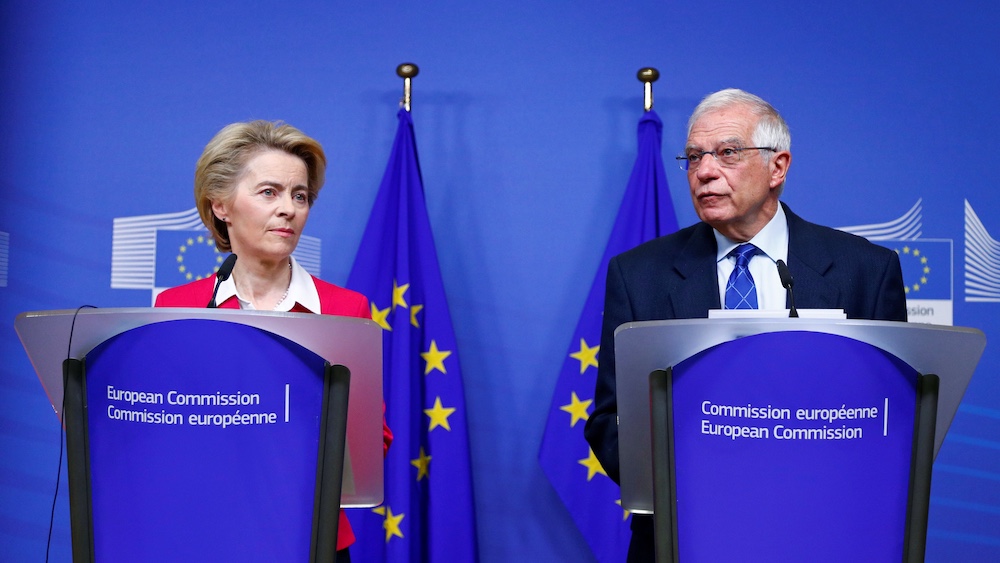 After a week of watching in dismay as the Iran nuclear deal seemed to come to a final collapse, the leaders of France, Germany, and the United Kingdom made a gesture that was as expected as it was futile.

“We have expressed our deep concern at the actions taken by Iran in violation of its commitments since July 2019. These actions must be reversed,” Angela Merkel, Emmanuel Macron, and Boris Johnson said in a statement on January 12, urging Iran to return to full compliance with its commitments under the 2015 deal in which Tehran agreed to halt development of a nuclear weapon.

The statement was in response to Tehran’s announcement that it will cease to abide by the terms of the agreement following the US assassination of Iranian general Qassem Soleimani earlier this month.

The deal had already been on thin ice since US President Donald Trump pulled out in 2018. Since then, the EU has been left desperately trying to salvage it by trying to continue rewarding Iran, by providing investment and facilitating trade, for the country’s sticking to the terms despite the US pulling out.

As the week’s dramatic events unfolded—with Tehran launching missiles against US airbases in Iraq in retaliation and accidentally shooting down a Ukrainian passenger plane as a result—the unravelling of the nuclear deal has been something of an afterthought for the rest of the world. But for Brussels, it has been the main focus. It has left observers scratching their heads as to whether this represents a genuine belief in Europe that the nuclear deal’s preservation is the most pressing issue, or whether this focus is simply the result of preserving the nuclear deal being the only thing everyone can agree on.

After initial criticism for her slow response to the unfolding crisis, Ursula von der Leyen, the new European Commission president, gave a statement last week with the new EU High Representative for foreign affairs, Josep Borrell, calling for restraint amid the escalation. But the statement from the Commission and the European Council seemed to go mostly unnoticed. The situation has once again shown how much the EU is left as a bystander during such military incidents.

That Brussels has stayed so focused on the nuclear deal even as the cycle of violence has spun out of control has struck some as odd. Borrell’s first reaction to the assassination of Soleimani was steadfastly neutral, which likely reflects member state divisions on the US decision to carry out the attack. While the UK and some Eastern European countries have expressed some support for the decision, the reaction in core Europe has been very different. Many were concerned by the lack of justification from Washington for why it carried out the strike, and even more were horrified by President Trump’s subsequent threat to bomb Iranian cultural sites.

NATO “Shares the US Concern”

Meanwhile, on the other side of Brussels, the reaction from NATO has been more clearly supportive of the US. NATO Secretary General Jens Stoltenberg held a special meeting to deal with the developments, after which he told reporters “the US provided the rationale behind the action against General Soleimani.” While stressing that “this is a US decision” and not a NATO one, he said NATO shares the US concern about Iran’s activities in the region.

Perhaps this is why Trump said after this meeting that he would like to see more NATO involvement in the Middle East, with the alliance even perhaps expanding into the area and being rebranded “NATOME”. The idea has been met with skepticism by Europe’s core powers, who see it as a shield for US withdrawal from its responsibilities in the region.

Meanwhile, an increased role for the EU in the region, in the short or longer term, has not been mentioned.

As protests escalate in Iran in response to the accidental downing of the passenger plane, the EU will continue to try to find its footing. It is a military conflict between two long-time enemies which does not directly involve European countries. But in a world in which the new commission president just two months ago pledged to make the EU a more relevant geopolitical actor, people will be expecting more from Brussels than it has delivered so far.