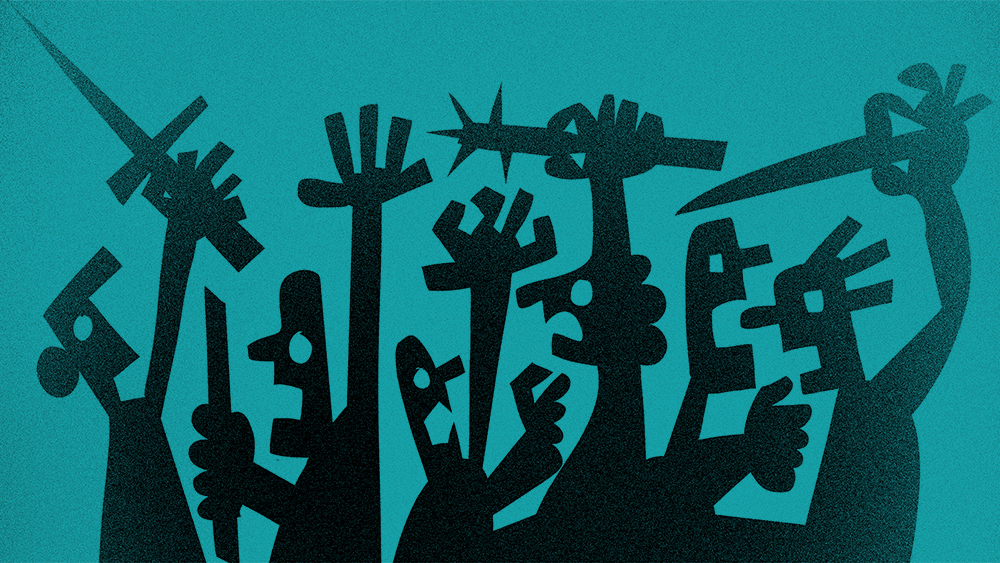 It was the strongly anti-Communist US columnist and gossip writer Walter Winchell who first coined the term in print in 1953.

“Howz [sic] About Calling the Russians our Frienemies [sic]?,” he asked in the Nevada State Journal, on May 9, 1953—at a time when Americans and Russians had clearly been enemies for a couple of years already. Five weeks after Winchell published his article, the early Cold War between the United States and the Soviet Union even threatened to turn hot when workers rose in Eastern Germany to protest the regime of Walter Ulbricht and the Soviet forces that propped it up.

It’s a reminder, though, that relationships in international affairs are rarely clear-cut; and often they only appear so in retrospect.

“Frenemies,” in its modernized spelling, didn’t really stick at the time of Winchell’s writing and only gained wider currency in the 1990s. Today, of course, it’s an apt way of describing how states relate to states in today’s world. Since Donald Trump has entered the White House, the US seems to have lost interest in having allies. And even a bilateral relationship as close as that between France and Germany has both cooperative and competitive elements, with the latter gaining ground.

The country least comfortable with this—helpless, indeed—is Germany, writes Jörg Lau, foreign editor of Germany’s weekly newspaper DIE ZEIT, in this issue. Berlin has seen the foundations of its foreign policy eroded since at least 2014, with Russia’s annexation of Crimea and its war in Eastern Ukraine, with the double-blow of the Brexit referendum and the triumph of Donald Trump, and this year with French President Emmanuel Macron, having finally lost patience and going it alone–and against Germany’s grain.

Most worrying: Instead of coming up with new policy ideas, Berlin prefers to play dead.

In a world of frenemies, this is a strategy that no longer works if it ever has. Not forging your own foreign policy means that others will forge it for you. In particular, Germany needs to take the threats posed by Vladimir Putin’s Russia and Xi Jinping’s China more seriously, warns US Republican senator Tom Cotton, while the DGAP’s technology fellow Kaan Sahin makes it clear that there’s no way back to the alleged “certainties” of the Cold War, even in a “decoupling” technology sphere.

As a new decade starts, Germany’s foreign and European policies desperately need a new beginning. The status quo is no more. Therefore, carrying on as before cannot be an option.