The 16+1 partnership between Eastern European countries and China became the 17+1 on Friday after Greece joined the group. But China’s “debt-trap diplomacy” is making Brussels increasingly anxious. 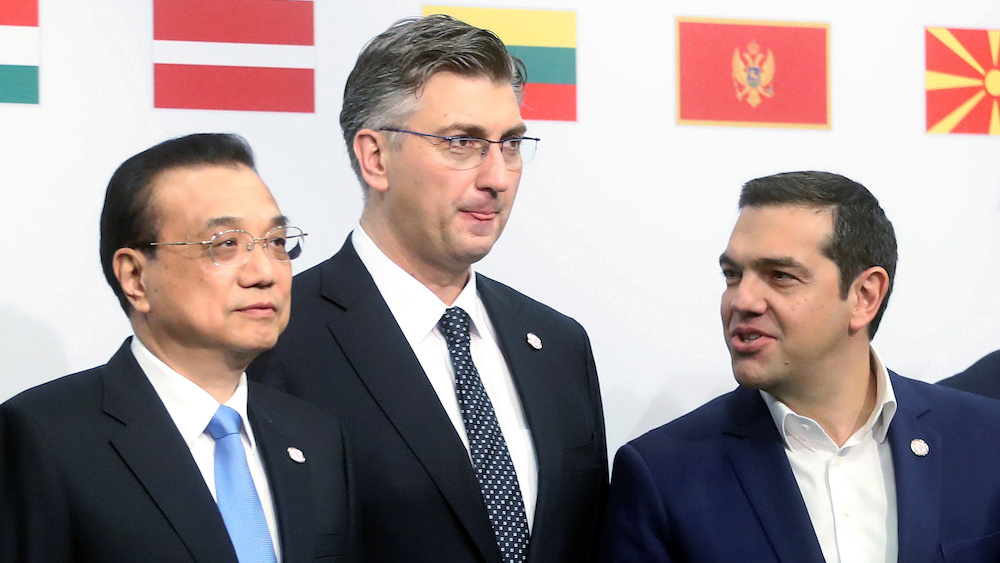 The sparkling Adriatic jewel of Dubrovnik was snarled with traffic last Friday as the leaders of 16 Eastern European countries converged on the city to hold a summit with the Chinese premier, Li Keqiang. They came hat in hand, hoping for more Chinese investment in big infrastructure projects in their countries.

Already, this city in Croatia is surrounded by examples of such investment. Just a few dozen kilometers to the South, Montenegro has taken out a €809 million loan from China to build a highway through the mountains. Neighboring Bosnia has around €2.5 billion in loans planned for Chinese-backed construction projects, and Serbia has almost €4 billion planned.

The summit’s final statement included a list of nearly 40 existing deals signed between China and the 16 European countries including in agriculture, technology, exports, e-commerce and finance.

Chinese investment in Europe is continuing to grow. Friday’s summit saw the surprise appearance of Greek Prime Minister Alexis Tsipras, who promptly announced he is taking Greece into the partnership, making it the 17+1. Greece is the first new country to join the partnership since the first summit was held in Warsaw in 2012 and included 11 Eastern EU member states, five Balkan countries and China. The Chinese already own the country’s Piraeus port, from which Beijing wants to build roads to bring Chinese goods through the Western Balkans to Southern Europe and beyond.

Not in attendance was Italian Prime Minister Giuseppe Conte, though Italy could be the next country to join the group. Last month, Conte and Chinese President Xi Jinping signed a pact making Italy the first G7 country to join China’s Belt and Road Initiative, which seeks to establish a new Silk Road from the Far East to Europe.

All of this has Western leaders in the European Union very concerned. They would prefer to see relations with China coordinated from Brussels in a way that will protect European industries from possible unfair competition. And there is concern that with formats like the 16+1, China is pursuing a “divide and conquer” strategy, locking small European countries into debt arrangements through which they can control them in what some have dubbed “debt-trap diplomacy.”

“When we negotiate with China as the EU28, we have power,” one frustrated EU official observed this week. “When they negotiate as 16, in a group that doesn’t include any of Europe’s big powers, China is dominating that format.”

This issue was supposed to be discussed at the European Council summit last month in Brussels, where Council President Donald Tusk wanted to have a broad and robust conversation about the EU’s positioning toward China. However, that summit was hijacked by the continued Brexit crisis and a robust discussion did not take place.

There were some signs at this year’s 16+1 summit that both Beijing and the Eastern EU countries are trying to allay Brussels’ concerns. After EU leaders reacted angrily to the fact that last year’s 16+1 in Sofia, Bulgaria preceded the annual EU-China summit in Brussels, this year’s 16+1 followed the Brussels summit, which took place last Tuesday ahead of the EU summit. This was meant to signal that the Brussels summit between the EU28 and China is the more important one.

Speaking in Dubrovnik, Tsipras seemed keen to avoid alarming Brussels over the idea of the partnership’s expansion. “I look forward to working with all of you in this framework of this initiative, in full respect of the rules and procedures of the European Union, to promote economic co-development through this very effective platform of cooperation with China,” he said.

The EU’s Unguarded Back Door

But concerns persist. In February, the EU voted in favor of a new law that would screen foreign investments into EU countries, thus limiting China’s ability to buy companies or infrastructure that has strategic technology, transport or military importance. While the EU could not block such bilateral deals between Beijing and member states, it will be able to screen them and render a verdict about whether they harm the national security of economic interests.

However, the law does not apply to the five countries in the Western Balkans which are not yet EU members: Serbia, Montenegro, Macedonia, Kosovo and Albania. China has particularly focused infrastructure investment in these 16+1 countries, and some EU politicians are worried that these tiny governments, which all have significant corruption problems, represent a back door through which China can skirt EU investment oversight, as well as human rights concerns.

According to the IMF, China is already financing at least €6.2 billion worth of construction in the transport and energy sectors in the Western Balkans. These projects are not subject to the restrictions that investments in EU countries would be. For instance, China is funding new coal-fired power plants in the region, something that EU structures are now set up to discourage. The European Investment Bank, for instance, will not invest any EU money in coal projects.

China represents a hassle-free way for these governments to get financing. Money from the EU usually comes with strings attached, requiring the government to crack down on corruption and human rights abuses in exchange for getting the cash. Chinese money comes with no such restrictions. Brussels worries that for these smaller countries that are struggling economically, the Chinese money may seem like the easier route in the short term. But in the long term it will not help the countries develop and could make them indebted to China both financially and politically.

EU enlargement commissioner Johannes Hahn, who is in charge of overseeing the accession process for these countries, has cautioned them against taking the Chinese money. He has warned that these projects could jeopardize these countries’ chances of getting into the EU, saying on Twitter that irregularities in environmental impact assessments, state aid and public procurement will be “closely looked at” by the Commission.

Hahn told the AFP news agency last week that there are “concerns over the socioeconomic and financial effects some of China’s investments can have.” Saying he is particularly concerned about the amount of Chinese debt being taken on by Montenegro, he told AFP that the strings attached by Beijing to these investments has a detrimental impact on the EU’s aim to improve stability and economic development in the Balkans.

The problem with this attempt at pressure is that the Commission has publicly said there is little prospect of any new EU accession happening within the next five years, because the corruption problems in these five countries need much more work to get them up to a level where they could be in the EU. This reduces the effectiveness of any carrot-and-stick approach by the Commission, since these governments now view EU accession as a distant prospect, even though most believe it will eventually happen for all of the Western Balkans. However, by the time they join, these countries could be up to their ears in Chinese debt, with Beijing owning their infrastructure.

The final statement issued by the 17+1 clearly tries to allay these concerns.

It references new principles that have not been part of previous years’ statements pertaining to human rights, saying that the “three pillars of the United Nations”—peace and security, human rights and developments—are central to the partnership.

The statement also references the need for a “level playing field” for European and Chinese companies to compete on equal terms—a key Brussels demand. The summit backed away from announcing any major new projects or financing mechanisms, and the 18 countries invited the EU financial institutions to become involved in the financing of the China-backed projects.

“We respect the EU’s laws and standards,” Premier Li said while unveiling the final statement at the end of the summit. “We all need to increase trade and connect our economies.”

The assurances at this year’s summit may have put some minds at ease in Brussels. But the continued existence of a rival formation for coordinating Chinese investment in Europe—one that is very clearly dominated by China—will still raise alarm among Western EU leaders.