Italy’s government is unsettling its partners with its latest provocations. But the country’s Euroskepticism has a longer tradition than many realize. 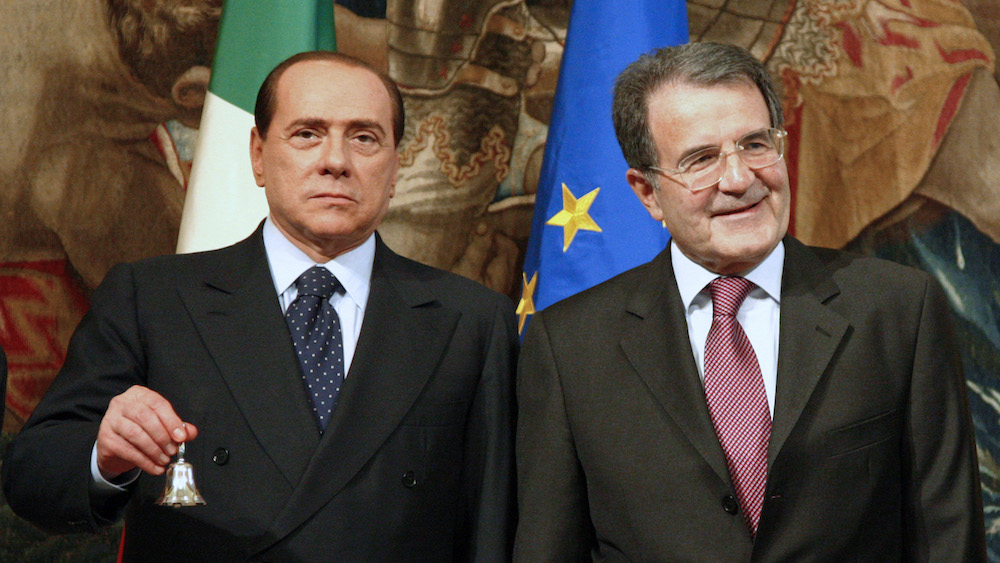 The two strong men in the Italian government don’t always agree. Whereas the foreign policy of Matteo Salvini, interior minister and leader of the right-wing nationalist Lega, is more oriented towards Russia, that of Luigi Di Maio, economy minister and leader of the populist Five Star Movement, tends to look to China. But one thing is a foregone conclusion for both: they don’t have much time for the European Union, to put it mildly. While they defend themselves against the accusation that they want to lead Italy out of the Eurozone and EU, from their point of view the EU, starting with its austerity policy, must be fundamentally reformed.

Salvini’s first action as interior minister was to close Italian ports to aid organizations’ rescue ships. It was followed by the showdown with Brussels over the Italian budget. The previous center-left government had foreseen a deficit of 0.8 percent for 2019; the new government raised that to 2.4 percent, in order to be able to keep campaign promises – the basic income and pension reform. Both Salvini and Di Maio persisted with their slogan, “Italy first.” After a long power struggle with Brussels, Rome eventually agreed to reduce the deficit from 2.4 to 2.04 percent.

2019 then brought two serious confrontations between Paris and Rome. The first one was about migrants. Salvini and Di Maio charged Paris with hypocrisy, with preaching solidarity but not taking in any refugees itself. Di Maio went a step further and accused France of being the real cause of the migration wave because it had supposedly continued its colonial policies and driven Africa further into poverty. An uproar then erupted a few weeks later when Di Maio, searching for European allies, paid a visit to Christope Chalençon, one of the most radical spokespeople of France’s yellow vests movement. Paris recalled its ambassador from Rome, and it was only thanks to the intervention of Italian President Sergio Matterella that things calmed down after a few days.

Italy also refused to sign the UN Migration Pact and, under pressure from the Five Star Movement, blocked a common approach from the European Union in the Venezuela crisis. Rome did indeed call for new elections in the South American country, but it refused to recognize Juan Guiadó as interim president.

In his recently released book, “Ho imparato” (I have learned), the former social democratic premier Enrico Letta reminds readers that in 1989, with a turnout rate of 80 percent, 88 percent of Italians voted to devolve powers to the European Economic Community. Today, according to a Eurobarometer poll, only 44 percent would vote to remain in the EU. “Not even the trauma that the former prime minister Silvio Berlusconi represented for the EU,” Letta continues in the book, “can be compared with the current low point.” Berlusconi, he adds, was at least a member of the EPP and, if only reluctantly, stuck to the “European rules of the game … which one cannot say of this governing coalition.”

In reality, Rome and Brussels had already begun to drift apart by the early 1990s. In those days, the corruption scandal “Tangentopoli,” which involved illegal party financing and abuse of powers, swept away all the old parties and paved the way for Silvio Berlusconi to enter the political scene. In his 2014 book “Le ragiono della debolezza italiana” (The Reasons for Italy’s Weakness), the political scientist Emidio Diodato argues that the change began with Italy’s signing of the 1992 Maastricht Treaty, as a consequence of which not only foreign policy but, significantly, also domestic policy was shaped by “external restrictions.”

This led Berlusconi’s center-right governments to seek a “national relocation” of competencies, while the center-left governments under former EU Commission President Romani Prodi promoted the “internationalization” or “Europeanization” of the country. Diodato wrote of Prodi: “He did, however, not succeed in transforming the primarily technocratic project, where adhering to European rules had priority, into a political one.” In other words: the Italians supported his plan as long as it promoted economic growth and didn’t demand any “victims.”

Strictly speaking, Italy’s relationship to the EU has always been based on a misunderstanding. “The Italians have always misunderstood Spinelli’s idea of a federal Europe, seeing in the EU a more or less mythical entity that would do everything of which Italy itself was not capable,” explains Ricardo Perissich, former general director of the EU Commission and an important aide to Altiero Spinelli, one of the pioneers of European integration.

So, Italians were for the EU without asking themselves what it actually meant to be a member of the union. Perissich cites the late industrialist, Gianni Agnelli, according to whom 80 percent of Italians support the concept of the EU, but 80 percent of what Italians do runs counter to the concept. Embedded in NATO and later in the EU, Italians felt themselves absolved of any responsibility for decades, Perissich believes.

Nevertheless, the politicians of these years were extremely successful at maintaining the country’s status as a middle power in the Mediterranean. Men like De Gasperini and later Emilio Colombo, Carlo Azeglio Ciampi, Giorgo Napolitano, and Bettino Craxi were perfectly capable of juggling multiple approaches. On the one hand Italy was an ally to Israel, but on the other it had a sympathetic ear for the Arabs. It was a loyal ally to the US, but without losing sight of Russia or China. Some commentators in Italy still believe that the diplomatic networking with Arab countries that took place back then has played a role in Italy being spared from Islamist terror attacks thus far.

As long as the EU guaranteed growth and prosperity, Italy’s citizens were quasi a priori supportive of membership. In the aftermath of the financial and economic crisis, they are today a priori against it—without really concerning themselves too closely with the causes. If one once saw the EU as a lifeline, today the EU has become a scapegoat and must take the rap for everything that goes wrong. This attitude is supported by those in government. When the Morandi Bridge in Genoa collapsed last August, killing 43 people, Salvini had the audacity to claim that the EU’s austerity policy was responsible for the disaster.

The current government also doesn’t spare the German “schoolmaster” from criticism and attacks. But that’s not new, as Perissisch emphasizes: “The German-Italian relationship was always characterized by a certain ambivalence. You might remember what then-prime minister Giulio Andreotti said about German reunification: ‘I love Germany so much that I preferred two of them.’”

With its current attitude, is Italy running the risk of losing importance in international terms, also with regard to the new arrangement in the EU after the elections? Salvini and Di Maio repeat, like a mantra, that after the May 26 there will be an entirely different Europe—and to some extent they are right. Yet although the Social Democrats and European People’s Party will almost certainly lose their majority in the European Parliament and therefore become reliant on the Liberals, those “traditional” forces together will not make life easy for the newer, populist and right-wing nationalist groupings in Strasbourg. Moreover, it’s not just Antonio Tajani, the president of the European Parliament, who will be replaced this year; in the Autumn, ECB President Mario Draghi’s term will expire as well. But the departure of two Italians from key positions doesn’t seem to really worry the current government, as the Italian daily Corriere della Sera wrote in early March.

After all, there are other partners. For example, Rome’s policy towards Moscow has always been sympathetic, even if it eventually joined in imposing sanctions on Russia. But the pro-Russian position has never been as aggressively maintained as today. In an interview with the Washington Post, Salvini declared that there are “areas that have always been Russian, in which the Russian culture and Russian tradition are at home and that therefore belong to the Russian Federation.” At the same time, Rome must take into account that relations between Moscow and Washington are rather tense at the moment—and Salvini does not, under any circumstances, want to give up good relations with America.

It’s a balancing act that is threatening to become even more difficult now that Prime Minister Giuseppe Conte has signed a memorandum of understanding on the “Belt and Road Initiative” with Chinese President Xi Jinping. The memorandum was primarily supported by the Di Maio-led Economy Ministry. The reaction from Washington was especially harsh: the US would no longer forward sensitive data to Italy, some said. Brussels, too, felt affronted.

Economists and political scientists warn in Italy that Beijing is known to be pursuing political goals with the New Silk Road, and that Italy could become a Trojan horse. The government rejects these accusations. It “describes this agreement as a pure trade agreement, but does not, however, recognize the real goal of the Belt and Road Initiative,” explains Danilo Taino, economic commentator of Corriere della Sera.

In an interview with the weekly L’Espresso, Romani Prodi recently described his country as “Europe’s Achilles heel.” He doesn’t really see the danger in Italy leaving the EU and the Eurozone, but rather in its potential to divide them from the inside. If that were the case, though, Italy would only be the stooge in this “divide and conquer” strategy. It would be Moscow that would be pulling the strings, or Beijing.