There is more to Viktor Orbán’s seemingly resounding victory than meets the eye, says Zsuzsanna Szelényi, a former independent member of the Hungarian National Assembly. 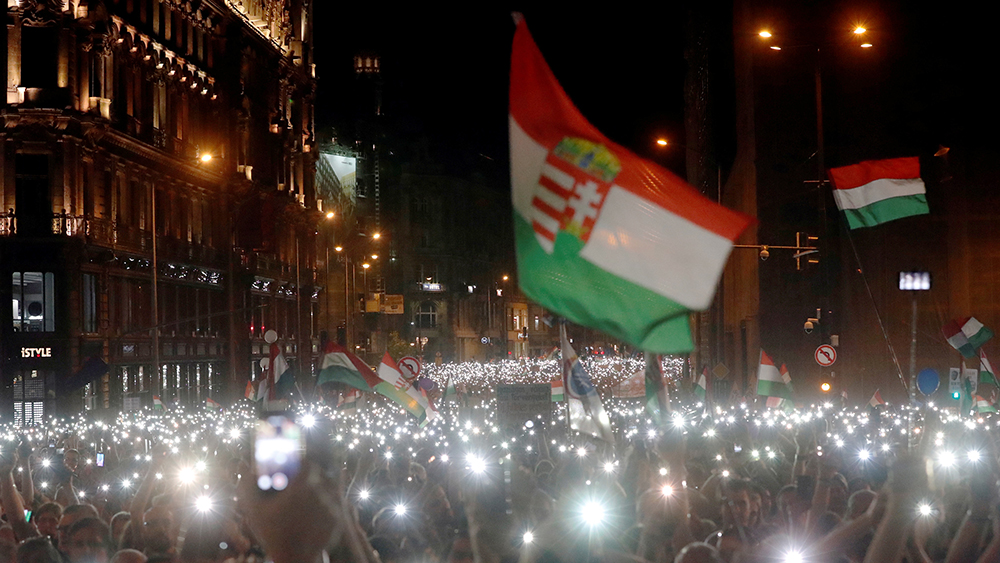 Many in Europe see this as a sweep of Viktor Orbán and his illiberal democratic order in Hungary. How did he pull that off? I think there were plenty of reasons. The election presented a Catch-22 for the very fragmented opposition. For many years, there has been a leadership crisis on the opposition’s side, namely that there was no leader who had enough appeal and strength to convince other parties to follow him or her. Also, the election system was significantly manipulated when it was modified in 2013. It’s very difficult now to get into parliament because of the five percent threshold. It’s a badly constructed election law, intentionally so because it serves the strongest party, which right now is Fidesz. Also, the media did not allow any alternative coverage of Fidesz’ omnipresent anti-immigrant campaign. Only the government had the opportunity to appear in large public media and dominate the narrative on the issue.

At the same time, we have seen mass demonstrations on the streets of Budapest to protest Orbán’s victory. What is the state of Hungary now, after the vote? There have been huge demonstrations since the election, with 100,000 people in streets of Budapest every week. It’s really a significant mass of people. These are frustrated and angry people who believe this unfair election didn’t serve Hungary. The problem is that this is a civilian movement. There is no party representation of this mass of people. So it demonstrates that Hungarian voters feel somewhat abandoned by the political parties. The task in the next few years, and ahead of next year’s European elections, is to capture the attention and passion of this disappointed mass of people. They represent 52 percent of voters. These are students, people from countryside, (the far-right) Jobbik and its supporters—it’s a very diverse group. It will be a big challenge for any political force to pull these people towards believing in their platform. In the fall of 2019, there will be municipal elections, so that gives parties a year and a half to reorganize themselves to run again. But the situation is very dire and it’s not just because the parties are seriously hit. Orbán announced during a rally in March that he would take revenge on anyone who did not support Fidesz. Nobody knows what this revenge means.

Given that the Hungarian economy is doing quite well, why did Orbán resort to an anti-Western, anti-migrant, anti-Soros, anti-UN, racist campaign platform to attract voters, especially when there are not even many migrants in Hungary? It’s symbolic. You don’t need migrants to be anti-migration. It’s a very important learning point for European countries because non-European migrants mean a cultural threat. You don’t have to have any within your country, you just have to highlight the fact that there are people in Europe who are non-Europeans, who have different churches, religions, habits, attitudes. This is enough—at least in a country where you have no history of multiculturalism. It’s beyond the natural political discourse. It’s about the existence of European culture and it’s about identity. With that approach, you can gather voter support from people who are actually very different from each other. This is why Orban’s voting base is also very diverse.

What does his victory mean for Europe going forward? This is a threatening victory. Orbán received a huge boost confirming that he is a clearly illiberal leader and is still supported by people. We are afraid he will now attack the judiciary and take over further media. We worry he will target NGOs, civil society—specifically because he believes the political opposition may not threaten his power, but civil society can. So with the new mandate, he can produce more and more legislation that go against European norms. And what’s more, judging from the strange and incompetent response we have seen from the European Union’s institutions and other European countries, he can go ahead with his illiberal state.

What would a competent answer look like? I think the Europeans need to look at this systematically. It’s not one step or another; not one infringement process or another. The entire legal system is now filled with—in European terms—undemocratic, unlawful networks. It should be regarded as one whole package. And don’t wait for what Orbán is going to do because we know what his plans are. In one month he’ll have a government and a whole summer to implement his platform.
Still, I think it’s very important that Hungary is well integrated into the European economic system as well, that we see a lot of funds and investment not translated in any way into European values. The EU institutions and also large companies active in Hungary should do something on the financial question because at the moment, they are actually financially supporting the base of an illiberal state that is undermining European values and European cohesion.