Many in Europe warn that there will be no going back to the status quo ante in transatlantic affairs even if Donald Trump turns out to be a one-term president. That’s ignoring the lines taken by the Democratic field of contenders. 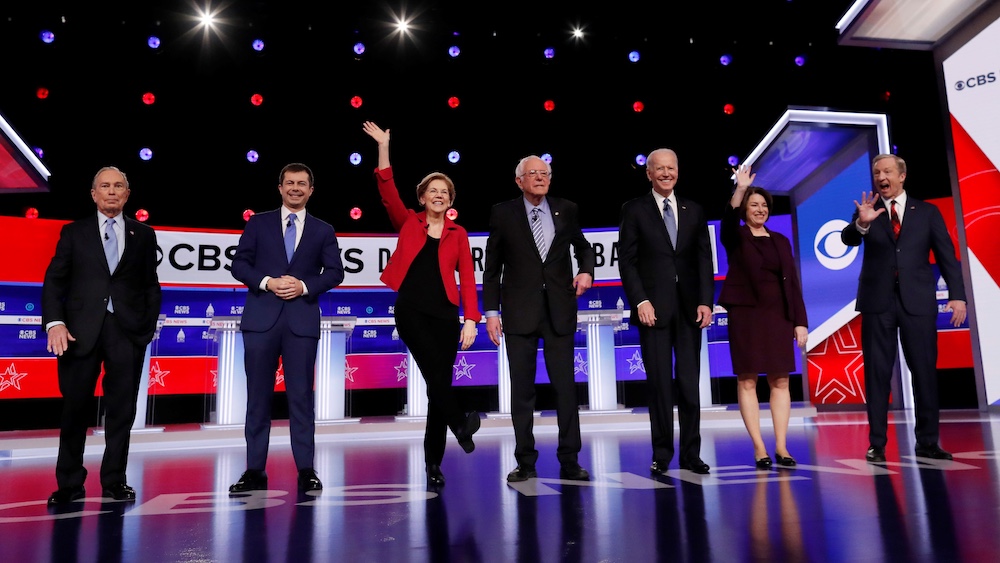 For the last three years, Europeans have watched US President Donald Trump take a sledgehammer to the pillars of transatlantic relations that lasted for more than seven decades. Somewhat shell-shocked, European policymakers and experts fear a second Trump term would irreparably damage a relationship that has been at the heart of their world. They worry that a parting of ways might be irreversible after eight years of Trump. And they also assume that even if a Democrat becomes the next US president, things will not—cannot—just go back to the “good old days.” A return to the status quo ante, they argue, is impossible.

This is too pessimistic. In many important ways, a Democratic win come November 2020 would see more of a return to the pre-Trump US foreign policy than Europeans currently dare to hope for.

The European fear of abandonment by the United States is understandable. It remains focused on how a second Trump term would play out, rather than examining the alternative of a new Democratic presidency. Notwithstanding the dawning feeling that a Trump win is becoming more likely, a change in the White House is very possible—and Europeans should be paying more attention to the foreign-policy positions of the Democratic field. If they do, they will see that fears about “no going back no matter who is elected” are overdone.

The various foreign policy positions of the main contenders for the Democratic nomination (tracked, for instance, by The New York Times and The Washington Post) add up to a quite positive picture for Europe. There is much talk of a party divided between centrists who have a traditional foreign-policy stance—like former US Vice President Joe Biden and Amy Klobuchar—and progressives who would upend the old consensus in their own way—like Bernie Sanders and Elizabeth Warren.

The reality is more nuanced than this image of a black-and-white ideological split, however, as the Brookings Institution’s Thomas Wright has well argued. If they make it to the White House, any of the main Democratic candidates would bring back considerable continuity with the pre-2016 US foreign policy consensus and priorities that are convergent with European ones. (The one case where there is more uncertainty is Michael Bloomberg, who has not put forward positions on as many issues. Yet, to the extent he has, he has often sounded like a traditional centrist, if hawkish Democrat.)

In counterpoint to Trump, all the Democratic contenders place great emphasis on diplomacy, repairing relations with traditional allies, strengthening multilateral institutions, and the need for collaboration in solving international problems such as climate change or the nuclear ambitions of Iran and North Korea. They all acknowledge the existential threat of climate change and have put forward detailed proposals for dealing with it. They would immediately rejoin the Paris Agreement and stress the need for global collaboration, not least with China, for reducing carbon emissions.

Stressing their commitment to NATO, the leading Democrats would still push European countries to spend and do more on defense, but in a way that is very different to Trump’s. They endorse a traditional US nuclear posture and approach to arms control. They would also re-enter the Iran nuclear agreement.

All of them take a standard hard line toward Russia. They call for strong measures in response to its destabilization of neighboring countries (especially Ukraine, for which more assistance is promised), its corrupt authoritarian domestic model, and its interference abroad. At the same time, they stress the need to continue to engage with Russia over nuclear arms control regime.

In the Middle East, the Democratic contenders have taken critical positions on the war in Yemen and Saudi Arabia’s actions, including calling for an end to military and intelligence assistance in that conflict. With regard to the Israeli-Palestinian conflict, they support the two-states solution and a traditional peace process in which the United States plays a leading role. The Democratic Party is also shifting toward more qualified support for Israel, which may make US policy more congenial to Europeans than under Trump.

A new Democrat presidency would definitely mean more attention to democracy and human rights, backed by aid and in cooperation with traditional partners. This would include a stronger focus on fighting kleptocracy and competing with autocratic powers such as China and Russia. The candidates also take traditional positions on humanitarian intervention and the responsibility to protect, and they say they would be willing to use force in these contexts; for example, in case of genocide or the use of chemical or biological weapons (but not for regime change).

All of the above is not to say that there would not be differences between Europe and the United States under a Democratic president. There would still be a critical and often difficult dialogue on crucial issues, not least because the two sides do not have identical interests or threat perceptions. This includes trade (where the Democrats have shifted to a more skeptical position), relations with China (where the candidates take varyingly hawkish lines), and reducing the US military footprint in the Middle East.

Europeans should also not confuse a Democratic administration being more aligned with their positions on several issues with it being particularly more interested in Europe. Agreement with Europe would not automatically equate to it reclaiming a greater share of the center stage in US foreign policy. That would still require more heaving lifting by the Europeans on many issues, which is a bipartisan request from Washington. Even a Democratic administration that is fully committed to the transatlantic relationship and multilateralism will make demands of its European allies that they will not always find comfortable.

Regardless of the Trump presidency, the world for which the traditional transatlantic relationship was created—whether the post-Cold War one or even more so the Cold War one—has evolved. So have the United States and Europe, domestically as well as in terms of their geopolitical positions. But what is certain is that those areas of inevitable divergence between them in the coming years will not be handled by any Democratic president in the same, traumatizing way that Europeans have gotten used to under Donald Trump. Calling curtains on the transatlantic relationship no matter who wins in November is certainly premature.