Should Europeans feel, or fear, the Bern? Although the Vermont Senator wouldn’t return to business as usual between the US and EU, Europeans have little to fear from a Sanders presidency. 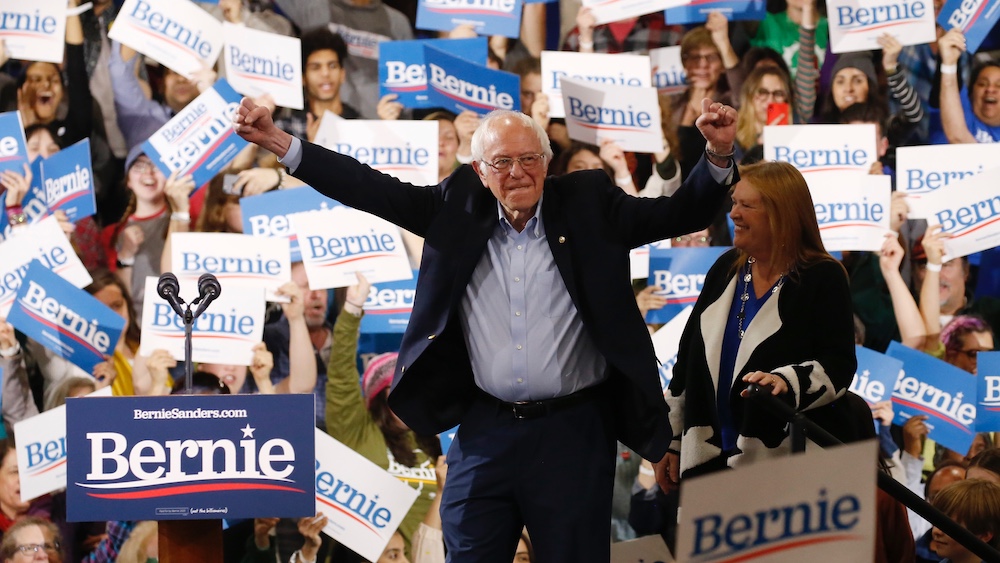 Frustrated by three years of US President Donald Trump’s chaotic presidency, many European leaders have openly wished for a Democrat to defeat him in this November’s general election. Their opinions of Senator Bernie Sanders, though, might be different. Sanders, who emerged as the main rival to Democratic front-runner Joe Biden after this week’s Super Tuesday results, seems unsettling to many EU foreign policy-makers. One senior diplomat told the Washington Post that Europeans are “all praying for Biden.” Others remarked that they would see a Sanders victory as further evidence of an isolationist turn in the United States. The Economist went so far as to describe a potential Trump-Sanders match-up as “appalling choice with no good outcome.”

Such fears are misguided, however.  Although Sanders may not speak the language of the Cold War American foreign policy consensus, he does not represent as stark of a break with it as his critics fear (and many of his supporters hope for). In many areas—such as climate policy and reducing tensions with China—the Vermont Senator may actually hew closer to European views than Biden does. The “old continent” has little reason to fear, and should even hope for, a Sanders victory.

The US commitment to NATO

One of the main anxieties that European leaders express about a Sanders presidency is his commitment to mutual defense. They often focus on his past opposition to NATO’s expansion in Eastern Europe, which he argued would provoke Russian aggression. They allege that this is proof of ‘isolationism’ and an anti-Western outlook. Leftists like Sanders, however, were hardly alone in this opinion. George Kennan, an arch-realist and the architect of America’s Cold War containment policy, felt the same way. In 1990, he argued that NATO expansion would prove to be a “fateful error” which would “inflame the nationalistic, anti-Western and militaristic tendencies in Russian opinion” and could prompt a resurgence of East-West animosities. This not a niche viewpoint; a group of dozens of senior American diplomats shared this view at the time.

Although he opposed the expansion initially, Sanders has not expressed any desire to renege on the US’ existing commitments. In a recent interview with 60 Minutes, he said he would be willing to use military force to defend American allies and that he “believes in NATO.” Furthermore, even if Sanders wished to limit the US commitment to NATO, he would almost certainly be constrained by Congress, which is strongly supportive of NATO.

In one sense, European NATO members might even find a Sanders presidency a relief. California Congressman Ro Khanna, who often speaks for Sanders on foreign policy, has said that as president, “Sanders is not going to push countries to be increasing their defense spending.” It is unlikely that Joe Biden would exercise similar restraint.

Sanders’ long-standing opposition to free trade agreements (FTAs) is also held up as an area of concern for European policymakers. While he is skeptical of the relative lack of labor and environmental standards in current FTAs, Sanders hardly has an autarkic vision for the United States. His policy platform states that “trade is a good thing, but it has to be fair.” He emphasizes stronger protections for workers, the environment, and human rights—all issues the European Commission prizes in negotiations. Far from signaling an end to transatlantic trade, a Sanders-appointed US Trade Representative would likely share more views with his or her EU counterpart than a Biden-appointed USTR would.

Sanders approach to the US’ geopolitical rivals sets him apart from more mainstream Democrats in a way that is uniquely beneficial to Europe. As the EU works to find middle ground between the US and its ‘great power’ rivals, Russia and China, a less confrontational US president may be exactly what it needs. Whereas the Trump Administration insists that the EU reduce ties with China, a future President Sanders is more likely to defuse tensions with America’s rival superpower. This could spare Europeans the painful decision between their security guarantor and one of their largest trading partners. Significantly, Sanders has also been one of the Democratic candidates who said he would re-join the 2015 Iran nuclear deal with no preconditions. This would reduce transatlantic tensions and lessen the chance of conflict with Iran, both of which would be a relief to Europe.

Far from being an “isolationist”, Sanders would seek increased engagement on many issues that are of substantial importance to Europeans. He has the most ambitious climate plan of any candidate, which would allow for critical US-EU cooperation to combat carbon emissions. He also supports strengthening international institutions, which is also a key tenet of European foreign policy.

Where Sanders would continue a rupture with the pre-Trump business as usual—such as limiting the US’ military footprint and curtailing support for FTAs—Europe must realize that the status quo ante was unstable and unlikely to persist. With crumbling infrastructure and declining life expectancy, it is improbable that the US can maintain a global military footprint in its current form for much longer. Because Washington views China as its chief rival, it will likely shift the US’ finite resources away from Europe toward East Asia, regardless of who occupies the White House. Similarly, a country that has experienced hundreds of thousands of lost jobs from free trade agreements should not be expected to support unfettered global markets indefinitely.

Should Europeans still harbor any doubts about whether Sanders may be disinclined to use American resources to solve global problems, they can take solace in the Senator’s own words. When asked to name the best foreign policy decisions that the US has ever made, he listed the United States’ post-WW II Marshall Plan aid to Western Europe and the establishment of the United Nations. As two of the most significant internationalist and pro-European actions the US has ever taken, leaders across the Atlantic can rest assured that a President Sanders would serve their interests well.