How long will Angela Merkels fourth and final government last? In Berlin, there’s speculation that her grand coalition could collapse this fall. 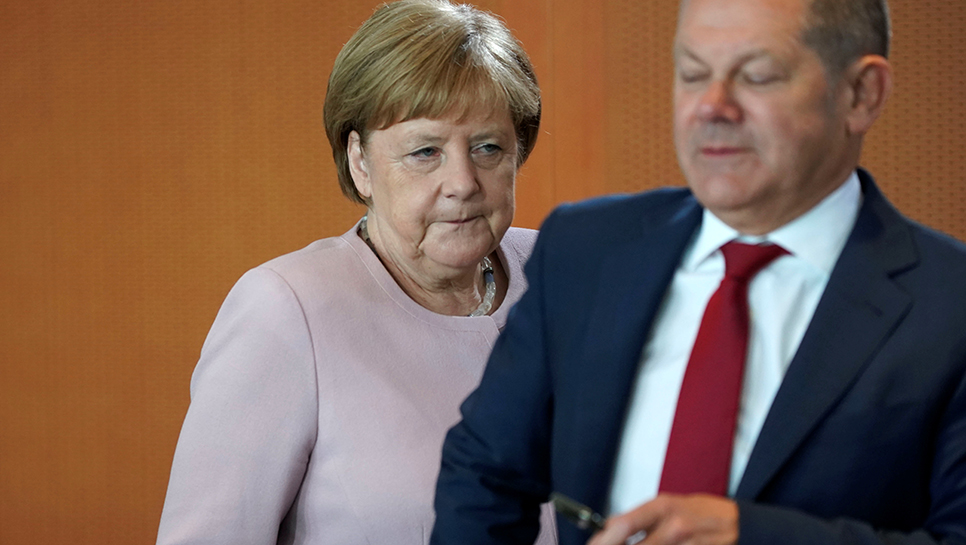 Klaus Wowereit, Berlin’s partying ex-mayor, was once asked what kind of champagne he preferred. His reply: “The free kind.”

In the spring of 2018, with that in mind, I made a wager with a member of Angela Merkel’s government that her fourth administration would not run its full term. The government member, out of a sense of loyalty, insisted it would last until 2021. In the spirit of fun, we agreed a bottle of champagne for whoever was proved right. As Germany’s federal government limps into its second summer break, my inner Klaus Wowereit is already licking his lips.

On August 1, 2019, Merkel will have been chancellor for 5,000 days. The question hanging over political Berlin this summer is: how many more? The German leader has pledged to honor her promise to voters and complete her fourth term. That would see her pull equal with her mentor, Helmut Kohl.

But just two years after his death, Germany’s unity chancellor would no longer recognize the political landscape his former protégée inhabits in Berlin. Merkel’s center-right Christian Democratic Union (CDU) is losing support. Its Social Democrat (SPD) grand coalition partner is now as weak in polls as the far-right Alternative für Deutschland (AfD) is strong. As another sweltering summer looms, furious young Germans have forced climate change onto the political—and their voting parents’—agenda. That has buoyed the Green Party in some polls into first place among Germany’s political parties.

While Germany concedes it will miss its climate goals for 2020, its energy transition—going nuclear power-free in the following year—is still not certain. Meanwhile the climate in German cities is heating up thanks to a spiraling housing crisis. Digitalization is no longer a buzzword for German political speeches, but an existential threat to the country’s economic backbone, the automotive industry. Directly and indirectly, this industry is said to employ every seventh German, but so far, the industry’s e-mobility efforts pale compared to the time, money, and energy expended in covering its tracks on the diesel emissions fraud.

The European elections saw the political mainstream hold its nerve—and lead—over the continent’s nationalist, populist challengers. But post-poll squabbling over the EU top jobs in Brussels and Frankfurt raises questions about how much energy will remain for real reform.

A year before Germany takes over the rotating presidency of the EU, Paris has lost patience with its most important ally and is looking for more pro-active partners. Meanwhile, the German chancellor has rebuffed repeated attempts by her colleagues to convince her to swap Berlin for Brussels, and bring some stability to the bloc both internally and externally as the relationships with both Russia and the United States become increasingly tense. After almost 14 years living a punishing schedule, she knows her physical limits. And, after a trembling spell in public in June, so, too, does everyone else.

So far the succession blueprint she put in place last December is not going to plan. Seven months after handing over the CDU chair to her preferred candidate, Annegret Kramp-Karrenbauer, their unprecedented job-share has hit some bumps.

AKK, as she’s known here, has slipped—in just six months—from second most-popular politician in Germany to 11th place. Meanwhile the CDU has slid by up to nine points from its 2017 election result that already marked a historic low. Kramp-Karrenbauer was tetchy in her reaction to a blue-haired YouTuber who tore strips off CDU policy. She now admits she faces a busy summer recalibrating party policy, in particular on the climate front. She also has to decide whether having two power centers—her CDU headquarters and Merkel’s chancellery—are helping or hindering her efforts to lead.

But the question the two women leaders insist they will agree in a conciliatory fashion may be answered for them. Whenever the CDU leader or the chancellor look over their shoulder, they see Berlin’s equivalent to Banquo, the ghost in Macbeth: Friedrich Merz, a Merkel ally-turned-nemesis. He lost out on the CDU top job last December but remains the favorite of the CDU’s influential conservative camp. His regular media and public appearances, purring his loyalty to AKK, have the air of someone biding his time.

Transitioning Out of the Merkel Era

As political Berlin departs for a summer of discontent, the ripe whiff of stagnation is hanging over the German capital. On the domestic front, the coalition has delivered on many promises: lower healthcare premiums; €5 billion for kindergartens; an immigration law; worker-friendly labor reforms. But you know things are bad when coalition officials, at their summer garden parties, berate their guests that “the government isn’t as bad as its reputation,” and party spin-doctors insist that “nobody wants elections.”

There’s some truth in the latter statement. The CDU is unsure if its new leader is its ideal election candidate, while the SPD fears a wipeout. The Greens are struggling to build capacity commensurate to its new popularity, while the liberal Free Democrats (FDP) and the Left party are both stuck in the polls at just below their 2017 election results. Only the far-right AfD is keen, already anticipating poll triumphs in three autumn elections in eastern Germany.

And if, as expected, the CDU and SPD are hammered by voters in Saxony and Brandenburg on September 1, and later in Thuringia, the future of Berlin’s ruling coalition is looking anything but grand.