In Germany’s highly-regulated society, driving as fast as you can on the autobahn is seen as one of the last remaining freedoms–for now. 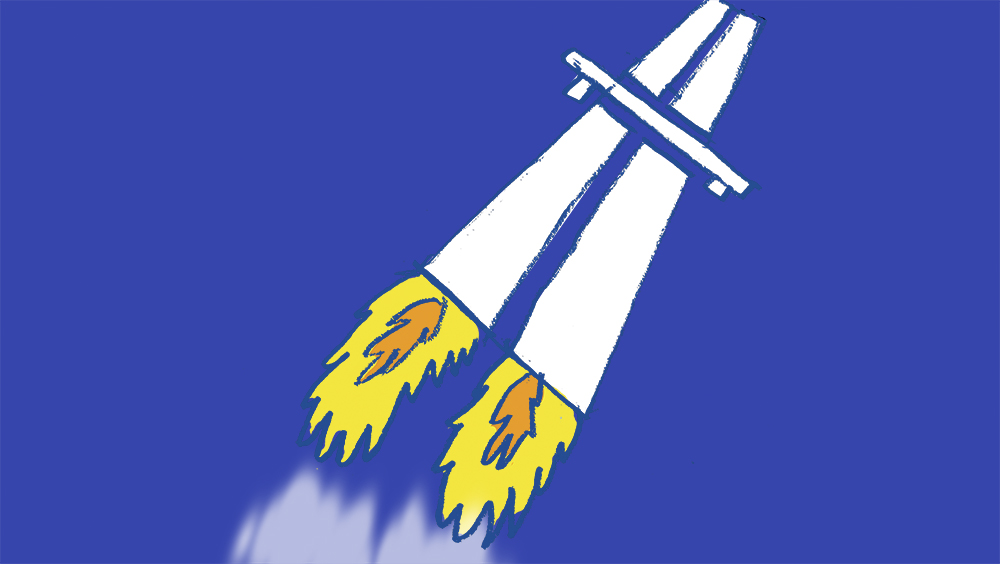 It’s a trigger word for many Germans. “Tempolimit”, or “speed limit,” can cause even quite reasonable people to see red. This, after all, is the land of the free, at least when it comes to speeding down the motorway. “Freie Fahrt für freie Bürger!” or “Freedom to drive for free citizens.” is the rallying cry for those who would defend that right.

Of course there are speed limits on many German roads and even on some motorways, but on 60 percent of autobahns, there are none. That makes Germany an exception among industrial nations. While it’s rare for most cars to actually reach their full speed potential, there is a fast lane where many drivers will try to push it to the max. As a result, motorists can find driving on a German autobahn a singularly terrifying or exhilarating experience, depending on what makes them tick.

The latest outbreak of Tempolimit fever was triggered by leaks from a working group on carbon emissions in transport, which account for 12 percent of the country’s total. The committee came up with a range of proposals, from a quota for e-cars to a hike in fuel taxes. But it was the inclusion of the speed limit that really raised hackles. The proposal was immediately pounced upon by politicians, interest groups, and the concerned citizenry. Talk shows and current affairs programs were devoted to it, as were countless column inches and gigabytes of online commentary.

How Fast Can You Go?

The most vociferous of those up in arms and to the barricades to defend the status quo was Transport Minister Andreas Scheuer, the man who had commissioned the working group. He exclaimed that talk of a speed limit was “contrary to all common sense.” Scheuer, it should be noted, is a member of the conservative Christian Social Union, which is a party based in Bavaria, home to BMW and many fine kilometers of autobahn. He was soon joined by Christian Lindner, the leader of the liberal Free Democrats, who tweeted that a Tempolimit would be just a symbol and an uncreative means to tackle climate change. “We need innovation, not re-education,” he said.

On the other side of the debate, the Green and the non-profit Deutsche Umwelthilfe—which has lobbied for a limit, estimating that it could cut an estimated 5 million tons of CO2 per year—welcomed the news of the speed limit proposal. Transport, the Umwelthilfe stated, was the only area in which emissions of greenhouse gases have continued to increase since 1990.

The police saw the potential for making roads safer. “We could save lives and prevent serious injuries,” Michael Mertens, deputy head of the police officers’ trade union, told the Süddeutsche Zeitung newspaper. “Here in this country, some people drive completely legally at 200 or even 250 kilometers per hour,” he said. “Let’s be clear: this is madness. At this speed, nobody can control their car in stressful situations.”

An Issue of Freedom

Predictably, the car industry was quick to step in and pour cold water on the suggestion of a speed limit. Bernhard Mattes, the head of the powerful German Automotive Industry Association (VDA), cited the heated debate as an example of hysterical populism. Of course it makes sense that the car industry, a vital part of the German economy, would want to defend the “need for speed.”

Many Germans like fast cars, and the most powerful cars are usually pretty expensive. In 2017, according to Transport Ministry figures, 29 percent of cars registered in Germany had a maximum speed of more than 200 kilometers per hour. It’s also a useful marketing tool for selling abroad, as drivers can at least aspire to those full-throttle experiences when sitting behind the wheel of a car “made in Germany.”

But the debate also touches on a lot of other issues. In a highly regulated society, driving as fast as you can is seen as one of the last remaining free spaces. And many argue that it is even intrinsic to German identity, comparing it to the right to bear arms in the US—which would make a speed limit the equivalent of gun control. And while there actually is a slight majority in favor of a speed limit, the minority is committed and highly vocal. A recent poll showed that 51 percent of Germans are in favor of a limit of 130 km, while 47 percent were firmly against.

It is this sizeable minority that worries the political class. The leader of the Christian Democrats, Annegret Kramp-Karrenbauer, quickly dismissed the talk of a Tempolimit as a “phantom debate.” Chancellor Merkel’s spokesman said there were more intelligent ways to reduce CO2 emissions.

Behind such statements is the very real fear that the far-right Alternativ für Deutschland (AfD) could use the issue to increase their support base. After all, the AfD has already jumped on the bandwagon over the imposition of a ban on older diesel cars in several cities in a bid to tackle air pollution. The party was out in force at a recent protest in Stuttgart, where hundreds of people, many wearing yellow vests, gathered holding banners saying “Pro-diesel” and “Diesel drivers mobilize.” The protestors are furious that the diesel car ban has hit the resale value of their cars, which means they can’t afford to buy a new one.

The bans come on the heels of the Dieselgate emissions scandal over auto companies hiding illegal pollution levels from regulators, and the reaction shows just how fraught issues surrounding mobility and cars can become.

Yet the fact remains that Germany does need to tackle issues like air pollution in cities and find ways to meet its climate targets. Without the speed limit, the working group will have to come up with some real alternatives when it releases its report in March. Yet if those include something like higher taxes on fuel, then that could also provoke protests. After all, in France it was just such a hike that triggered the gilets jaunes movement.

So while the Tempolimit is parked for now, it’s an issue that will undoubtedly come vrooming back onto the political agenda in the not too distant future.