While the United States and China are engaged in a great tech rivalry, analogies with the East-West conflict before 1989 are misplaced. 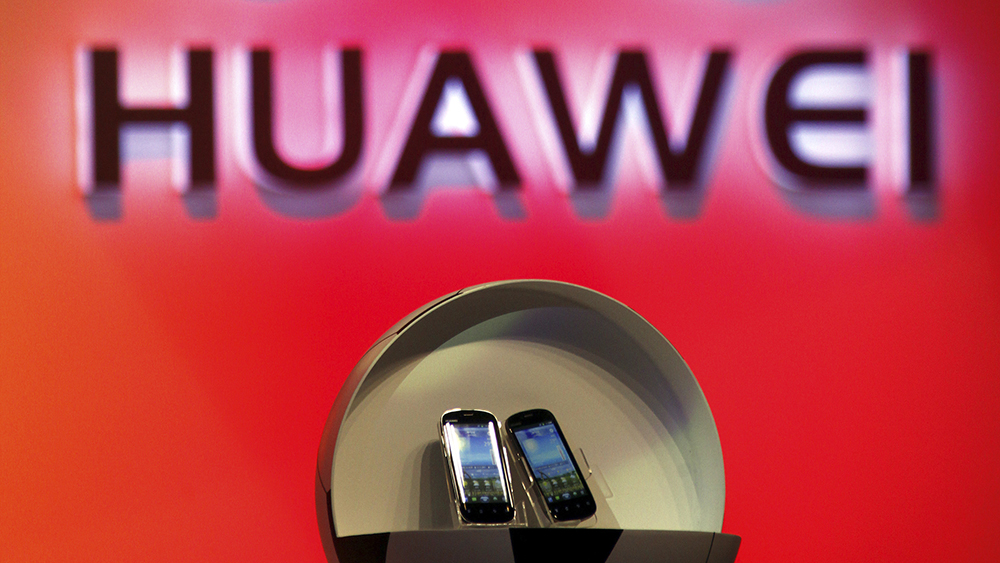 “The AI Arms Race,” “Information Iron Curtain”, or even a new “Tech Cold War”: there’s apparently no shortage of hyperbolic headlines harking back to pre-1989 times, when it comes to describing the now fierce competition between the United States and China over influence in global affairs that is progressively waged also over technologies. The current fight in Western countries about allowing the Chinese telecoms giant Huawei a role in the build-up of their 5G networks is just one example of this.

At the first glance, one could perhaps argue that the re-emergence of two superpowers clashing over global dominance is reminiscent of the old Cold War days when the US battled it out with the Soviet Union. However, appearances are often deceptive, especially in light of the mounting importance of technologies for global competition, and analogies that are leftovers of a bygone era are misleading.

The probably most obvious fundamental difference from Cold War times—as trivial it might sound—is the absence of an unequivocal political block confrontation. The “Western world” is not engaged in an official system and military contest with China, in contrast to the much more ideologically charged conflict between NATO members and the Warsaw Pact countries prior to 1989. With the present structure of international politics, the US, for instance, cannot take for granted that its organizational or like-minded “allies” will automatically join it in banning Huawei from their own 5G networks.

This is closely connected to the ever-growing economic interdependence on a global scale. China’s state-capitalistic system is much more integrated into the world economy than the rather old Soviet closed-off system and—as can be seen in the current trade conflict—is also deeply intertwined with the US economy. Moreover, this increasing economic entanglement has been propelled by digitalization itself, as technological systems are often shaped by individual modular components with different countries of origin. And within these global supply chains, the US and China are―to some extent― dependent on each other.

In several areas, including tech-related ones, it seems that Washington is forced into competition with Beijing over who offers the better (and perhaps cheaper) products and services, including to some longstanding US allies. Given this political and economic setting, these allies often don’t feel obliged to choose one side. This is due to the lack of two closed blocks. This is for example shown in the way some NATO members have simultaneously “signed up” for China´s Belt and Road Initiative or the 17+1 format. Hence, calling the ongoing dispute between China and the US a “Cold War”—even without considering the increasing impact of digitalization—would already barely reflect the current realities.

Often overlooked, but no less important, are the new technologies themselves, which also mean the Cold War analogies do not work. Since the inception of the internet age, the sheer quantity and nature of emerging technologies have led to a rapid and structural transformation. During the Cold War, the number of technologies with relevance for the US-Soviet power battle was comparatively limited. Nowadays, the list of relevant innovations with important implications for various sectors seems to be getting longer by the day. Hence, data-driven technologies, for instance, have a much bigger impact on a country´s GDP today than say, nuclear production, did before.

Many of those technologies don’t just have a dual-use nature, but rather a “general-purpose” one. For instance, the application of artificial intelligence systems is often compared with the invention and use of electricity by pointing to the range of application possibilities. Furthermore, AI innovations can now be developed and shared without the huge industrial effort that, for instance, building intercontinental ballistic missiles meant. Today’s innovations have few parallels with the Cold War ones, which were characterized by huge logistics requirements and complex and lengthy manufacturing phases. However, this also means that countries like the US can no longer control them the way they did in the early days.

This is boosted by the fact that—in contrast to the Soviet Union—China is heavily investing in all of these technologies and genuinely challenging the US innovation edge, especially by pushing forward with the “military-civilian fusion” to fully leverage the general-purpose applicability.
Also, the sources of major technological advances have shifted from the public sector (or the “military-industrial complex”) to commercial companies, most notably illustrated by the tech giants both in the US and in China. This growing reliance on the private sector requires much more sophisticated long-term strategies: while the US has to find ways to ensure that the access to those innovations stemming from US-based “multinational companies” will not be impeded, China will attempt to use its state-capitalistic companies without stifling innovation; in both cases, permanent readjustments are needed.

And last but not least, nowadays there is the contradictory development of digitalization connecting people across borders via information and communication technologies and leading to a democratization of interaction, but at the same time also handing nation states the tools that allow them to put into practice totalitarian visions to an unprecedented degree. China´s application and export of surveillance technologies or internet censorship are cases in point. Hence, technologies and its usage have much more impact on the ideological battlefield internationally.

These are just some of the profound differences from the Cold War period. At the same time, it is telling that within both the US and China, some are pushing for technological decoupling and thus showing a longing for the old Cold War structures. However, such a process would be messy and expensive, if doable at all.

The analogy of a “Tech Cold War” suggests parameters that are far too static and structured to describe the current situation. Conversely, Washington and Beijing find themselves in a perpetual mode of competition and negotiation vis-à-vis third countries, and even with actors in their own countries. If they want to avoid harming themselves, they will need a much more nuanced strategy and a better understanding of the impact of technologies in various areas including economic and military competitiveness and the international order.

It is of utmost importance that those dynamics are understood as precisely as possible—not only for the two main competitors, but also for countries and regions like Europe, who run the risk of becoming of pawns caught between the two fronts.